“Granny” is on the mend…

I’ve learned a lot from so many of you from your concerned emails and comments from the post about Chloe…..thank you!  But instead of responding to each of your questions individually, here’s an update on my little firecracker Chloe.  Which is easy, since her lungs, bronchials, and oxygen levels have consumed my thoughts this week. :) 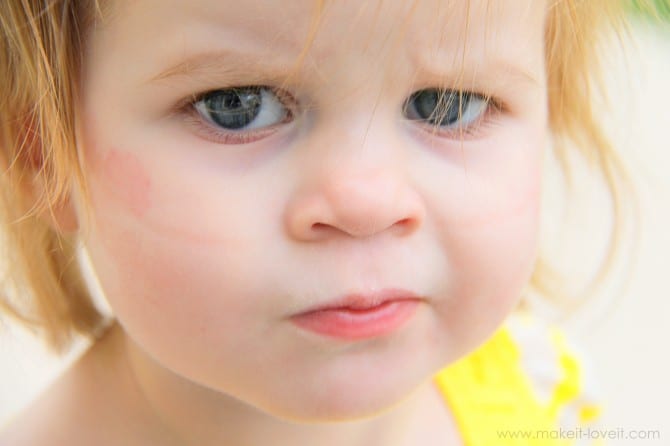 **Will those oxygen tube lines and tape marks ever go away?!! Haha.

Chloe has been on oxygen while sleeping since we brought her home from the hospital on Sunday.  However, yesterday’s nap was oxygen free.  Night time was a little more hairy but it was about half oxygen free.  Today’s current nap is also oxygen free.  Sweet little thing.  I didn’t even put the tubes on today.  I normally would, just in case her O2 drops while sleeping and I need to sneak in there and turn her tank on.  But nope, no little plastic tubes up her nose today.  So yes, she in now improving, after several days of no progress.  Hooray!!

Chloe is a funny kid.  With a spicy little personality.  I thought she’d be ornery and exhausted, with all the tugging and taping and adjusting and waking her mid-sleep to fix some sort of sensor, etc.  But instead, she’s been such a trooper.  A silly and giggly little thing, mostly willing to help us hold her tubes and take her medicine and treatments.  It makes me smile to watch her though.  Kids really are champions when they’re sick……because I don’t know about you, but I’d rather belly-ache all day on the couch when I’m sick.

But she’s been out and about, mostly trailing around her big brother and sister.  She loves to watch them. 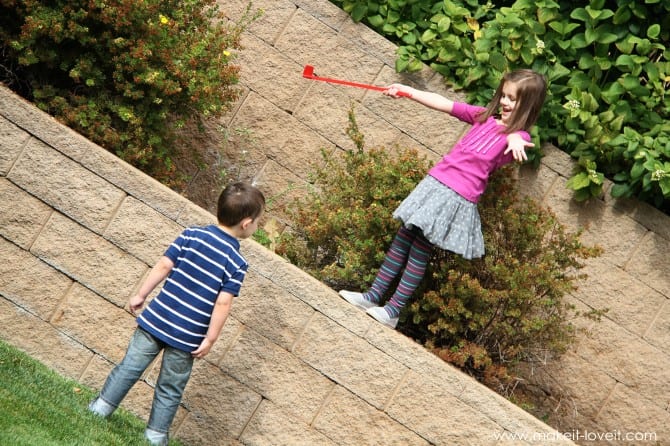 As she watches them, I’m sure she’s taking mental notes for when she’s older, on how to get into more trouble than they do.  I can just see it in those rascally little eyes. ;) 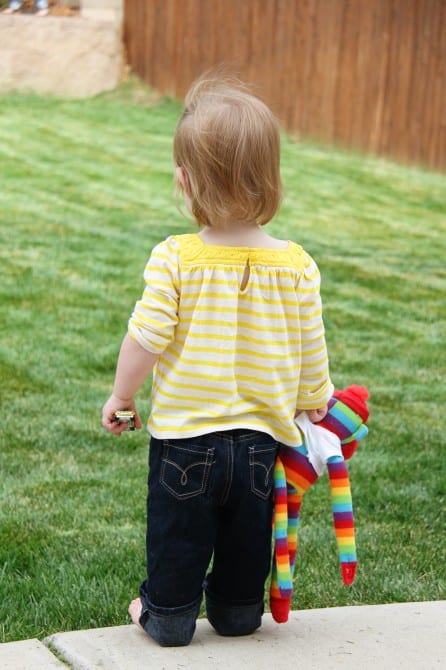 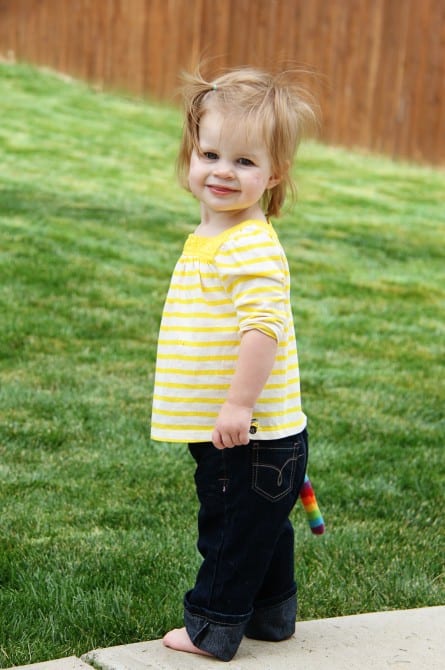 She tries so hard to keep up with them though. 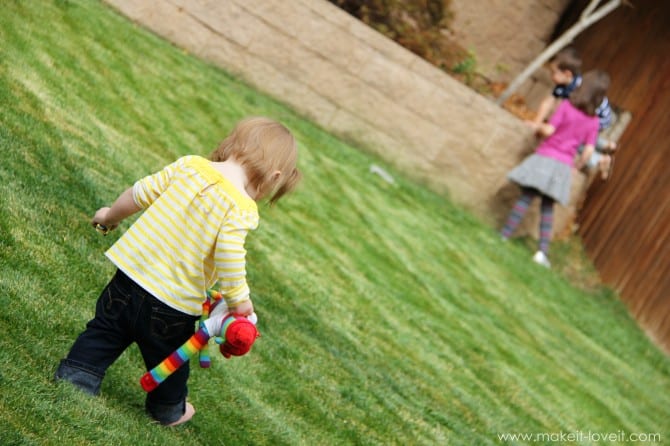 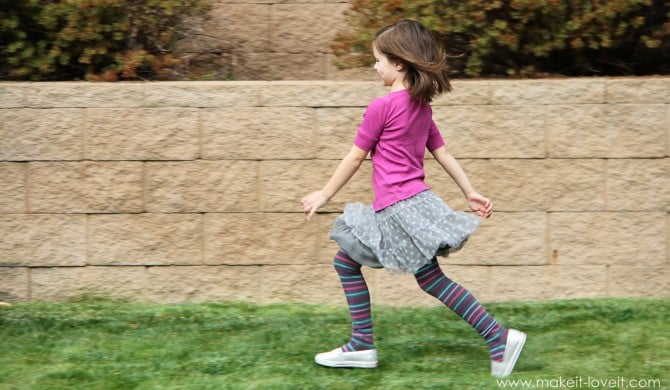 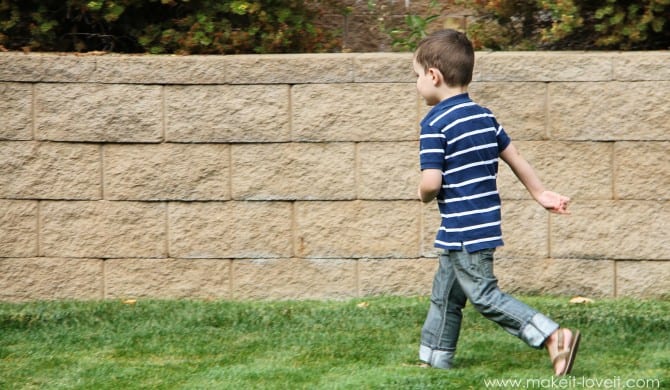 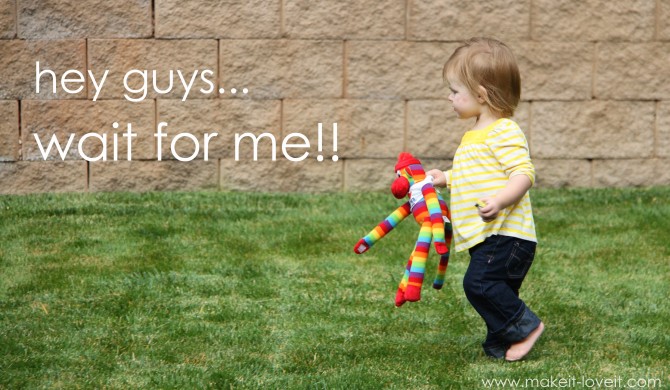 And well, I’m glad she’s still too small to follow them some places.  Because if she could get up there somehow, I’m sure she’d happily dive right off of there.  You know, just because Connor and Elli did it. 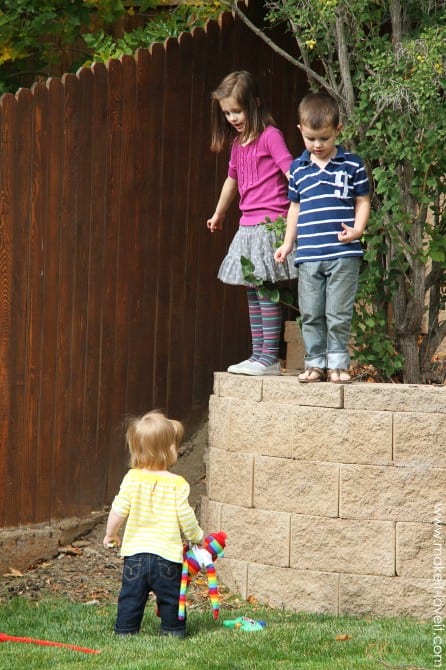 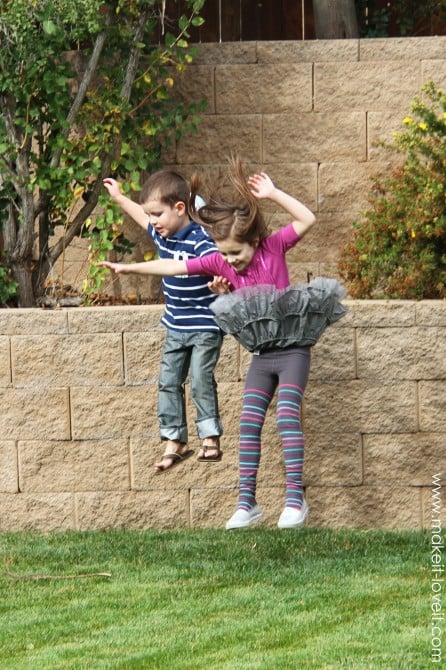 Oh, those poor half-completed projects that are sitting on my craft table……..they are feeling lonely, I’m sure.  But the good news is, is that things are returning back to normal.  So I can get my hands on them again soon.  Because holy smokes, I can’t stay away for too long.  My fingers start itching. ;)

In the meantime, it’s been extra nice to have triple time with this little bug in my lap.  If I’m ever sitting on the floor, she walks up to me, turns around, takes several itty bitty steps backwards to get into position, and then plops her little fanny right into my lap.  I kinda love it!!!! 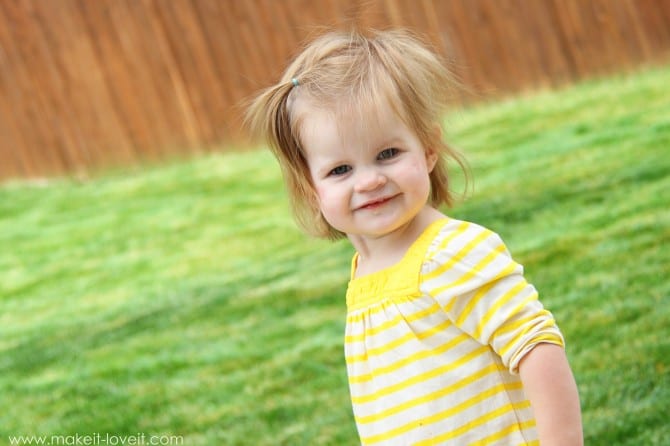 And really, thanks for all the tips and advice.  We know we have several episodes similar to this one coming in the next few years…..but we’ll just try and stay ahead of them and she’ll be fine.  But, I’ll be back next week with some fun things that I just didn’t have time to post this week. 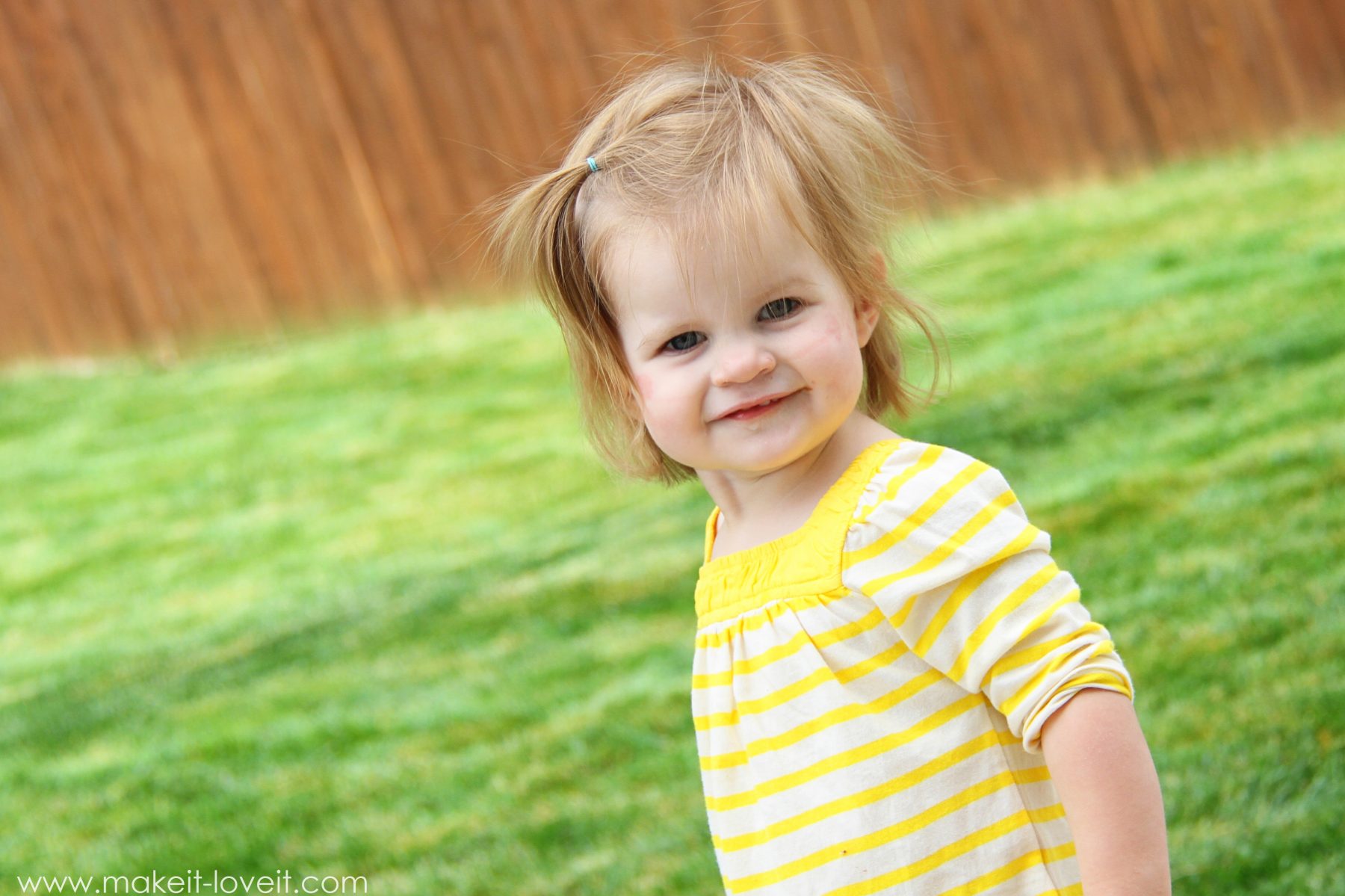 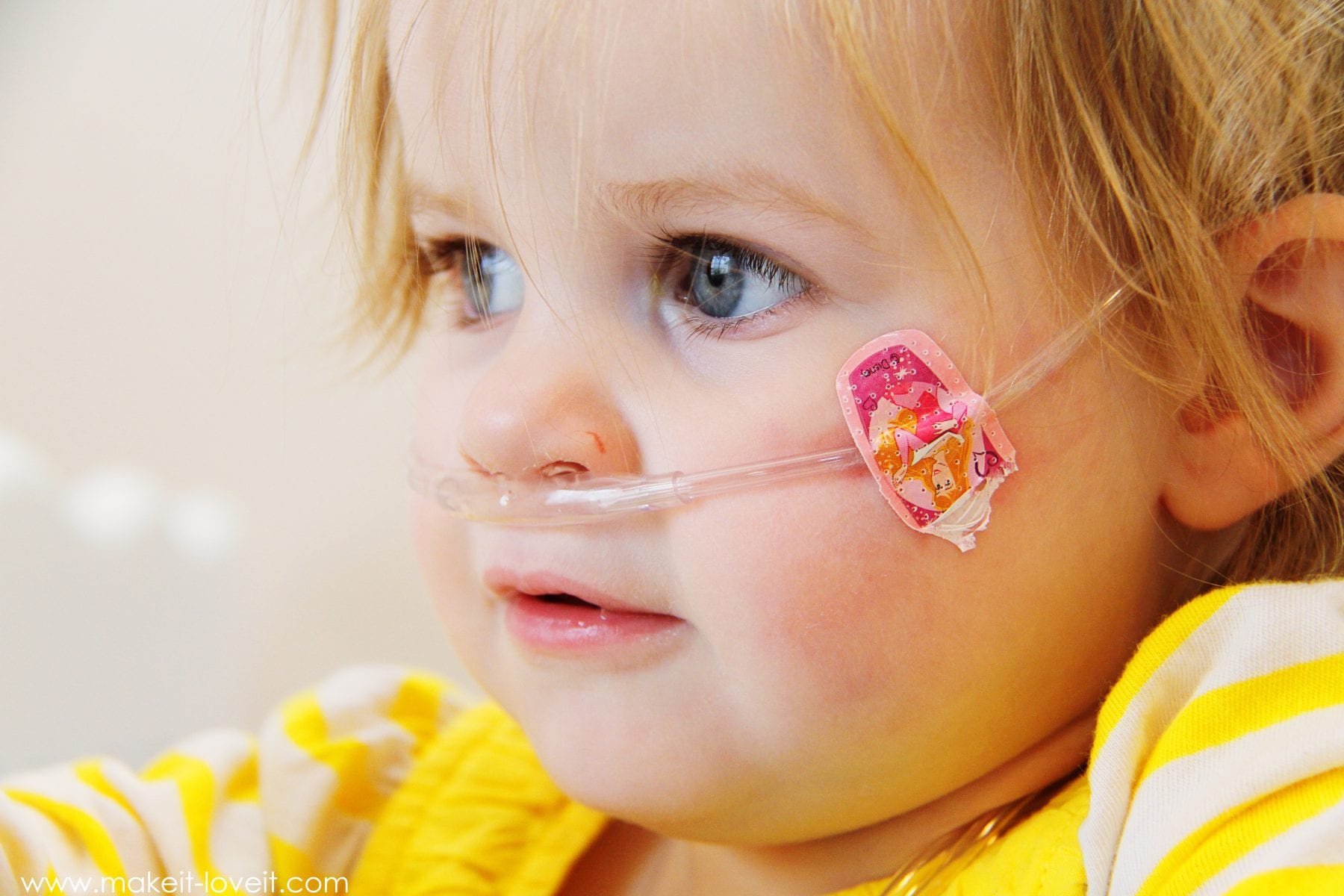 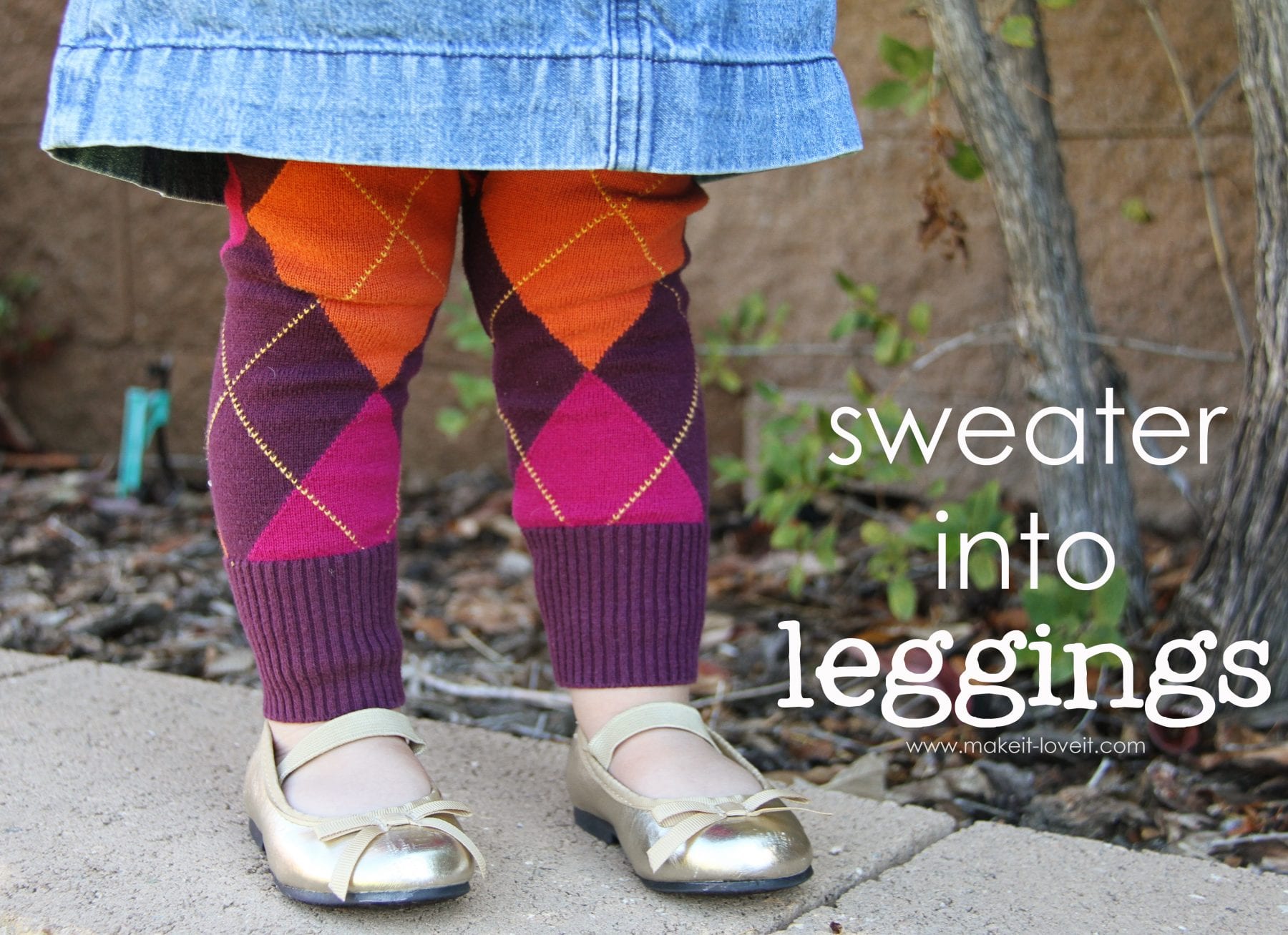