Sewing Tips: How to Make & Use Piping

Remember to check out my review of the Withings scale, that measures Weight, Fat %, and BMI.  Yeah, it does it all……and will keep you on track.  Also, enter to win a free one for yourself.

Are you ready for another little sewing lesson?  I wish you could come over and plop yourself down at my sewing table…..because that would make the lesson even easier.  But then I’d have to like straighten up, vacuum, and do the dishes.  Ick.  Haha……okay, I’ll get on that cleaning right after I write this up.

Have you ever used piping?  No, we’re not talking frosting.  Piping in sewing is a strip of fabric folded over a cord that is used to trim the edges of fabric.  Piping is found in all sorts of projects.

See the piping used in these items below?  It just helps define the shape of your fabric…….and gives it a nice punch. 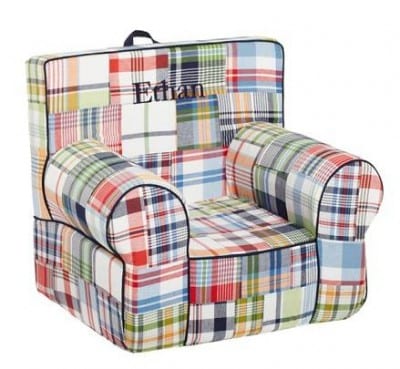 Here are a few places where I have used piping here on Make It and Love It: 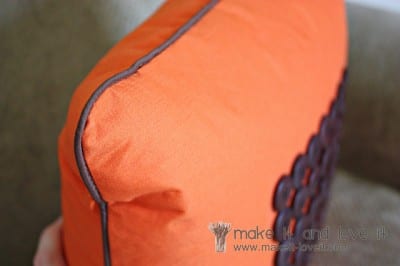 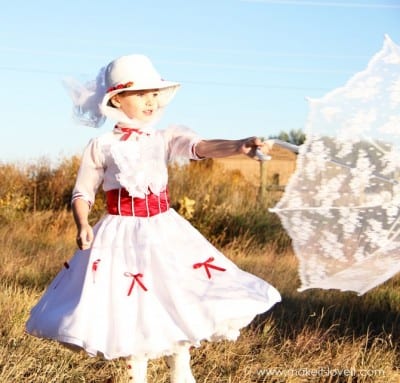 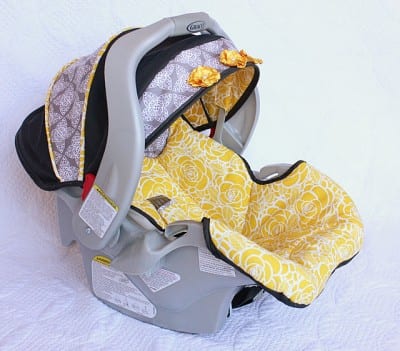 See?  Piping is nice and useful.

So if you’ve never made or used any…….it’s time to learn. 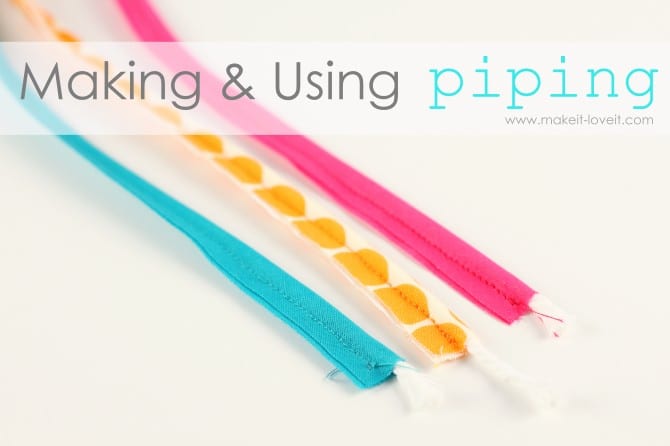 It’s a cool technique to use…..and you can really be creative with the stuff.  But if you can’t find the right color of piping in the store, you can totally  make your own.  No biggee. 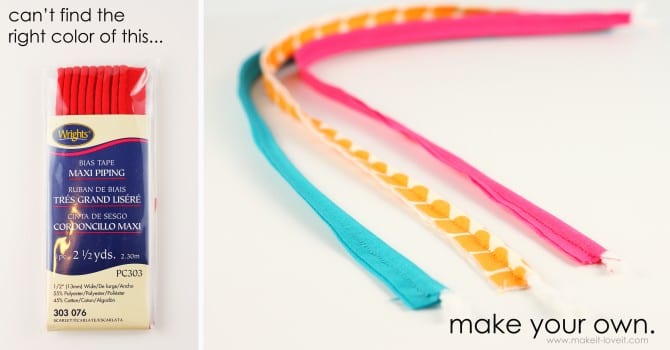 Ready to get started?

Piping only tends to come in a few colors in the store or even online.  Piping is made with a cord and a strip of fabric that is cut on the bias (more on bias here).  So if you can find the right color of bias tape that you need……use that, it’s pre-cut.  If not, grab some fabric from your stash that can be cut into a strip.

How to make your own piping:

Here’s everything you need to make your own.  (Remember, any sized cording will work, depending on the size of piping you want……you’ll just  need a wide enough strip of fabric to go around it.  The standard piping in those pre-made packages is about 1/8 of an inch……so I bought cording that was 1/8 of an inch wide.  And I bought bias tape that was about an inch wide after it was all infolded.) 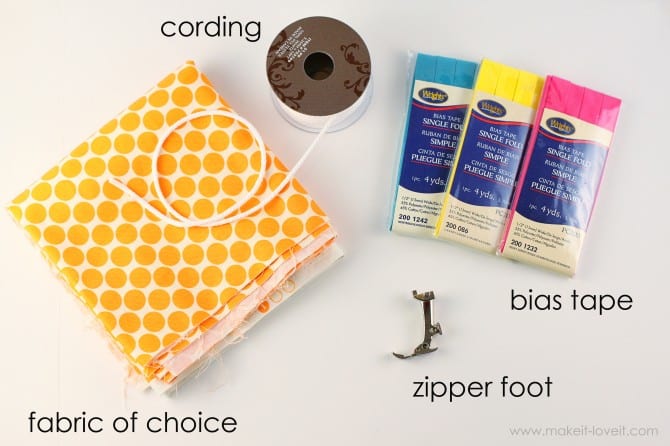 First, let’s make some piping from bias tape.  Take your bias tape out of the packaging and iron it flat. 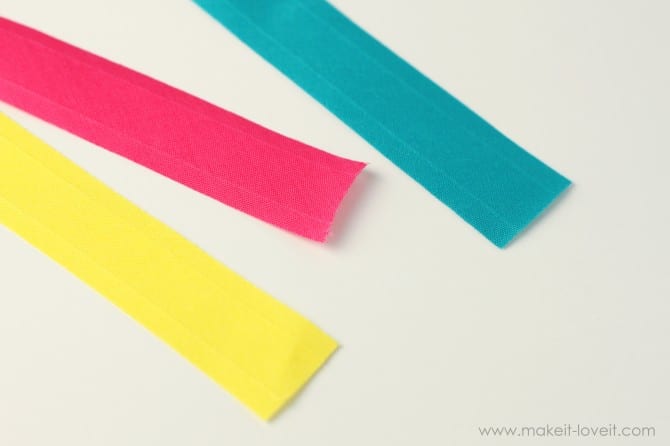 Then, fold your strip of fabric in half, sandwiching the cording right down the middle, then pin it in place.  (I always keep a bit of cording poking out the end, just so that it doesn’t slip inside.) 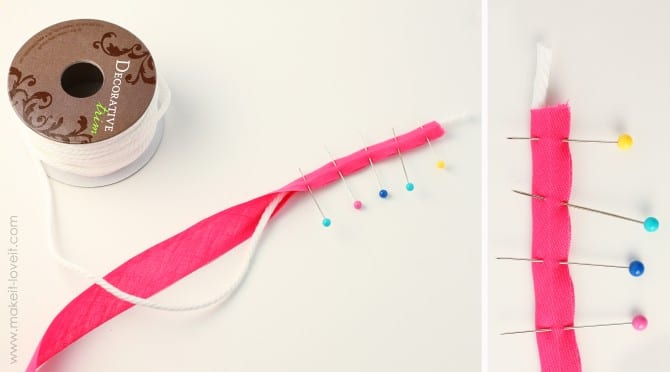 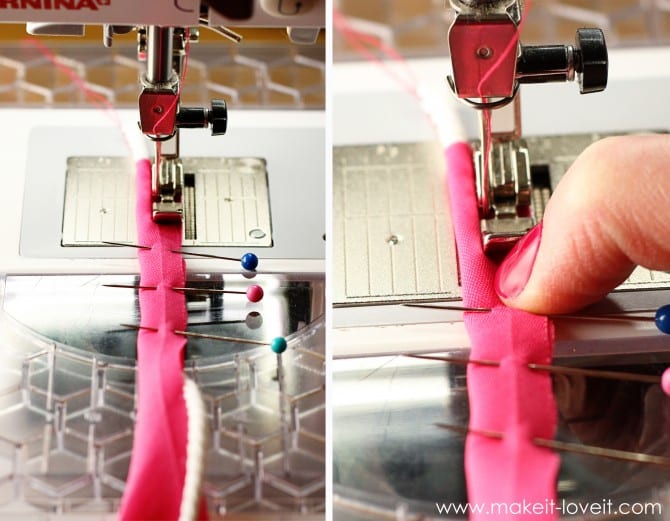 Sew all the way to the end, making sure to backstitch at both ends.  And there you have your long piece of cording.

Oh wait, are your edges uneven and not perfectly lined up?  Don’t worry about it one bit. Mine aren’t either.  And it won’t matter because those edges will never be seen. 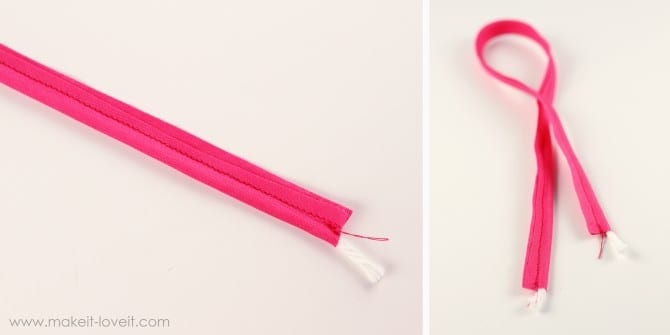 Decide what size cording you’re using then multiply that by two.  Then decide how big you want your seam allowance to be and multiply that by two.  Then add those two numbers together and that’s how wide you should cut your strip.  For example, I bought cording that was 1/8 inch wide…..so I multiplied that by two, a 1/4 inch.  And then I wanted a 3/8 inch seam allowance…..so I multiplied that by two, 6/8 of an inch, or 3/4 of an inch.  1/4 plus 3/4 is 1.  So I cut my strip 1 inch wide. 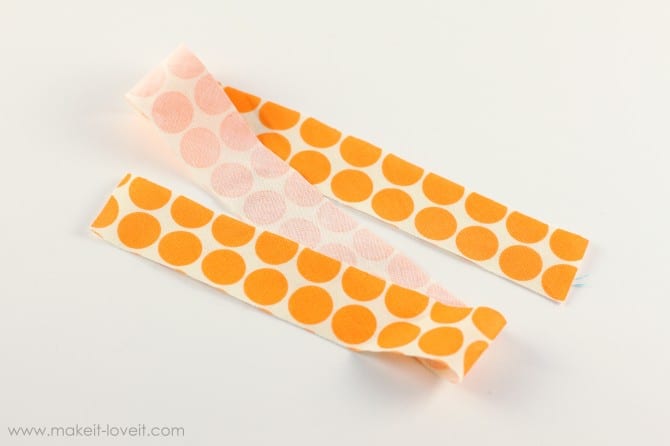 Then I sewed it together, just like shown above. 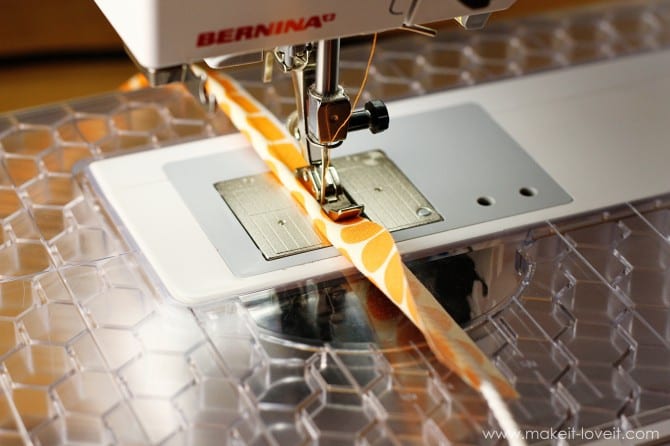 How to use Piping:

To sew your piping to your fabric, always sew it to one layer of fabric first.  This will help assure the piping is perfectly straight and even.  And if you have piping that does not have a wide enough seam allowance for the project that you’re working on, adjust the piping to lay where it needs to.  For example, let’s say that I am using a 3/4 inch seam allowance for a project but the seam allowance on my piping is less than that.  Just line up the seam on that piping 3/4 of an inch in from the edge and pin it in place.  Then sew it down, making sure to stay 3/4 of an inch away from the edge of the fabric with your seam.  Then place your other piece of fabric on top (with right sides together), line up the two edges of your main fabric and then sew them together using your 3/4 inch seam allowance (or whatever seam allowance you’re working with).

Then once you open it up, you have a nice line to define this portion of your project. 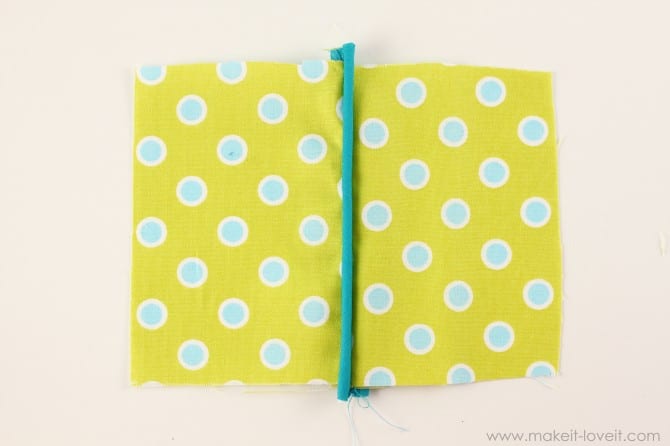 Now, how should you start and stop your piping if you’re going all the way around something?  There are nicer and fancier ways to do this but here’s the quick/no-fuss way to do it.  Let the first end of your piping hang over the edge of your fabric and then start sewing your piping right in place.  When you go all the way around, let your other end go over the fabric and sew right over it, stitching it right in place as well.

But oh wait, what should you do around a corner?  Good question.  Let’s imagine we’re sewing around a square piece that will be used as a pillow.  Just sew your piping right along the straight edge of fabric, like shown above, then once you get close to the bottom corner, cut a diagonal slit in the extra fabric (seam allowance) of your piping, right where your piping will turn the corner of your main fabric.  Then fold your piping around that corner and continue sewing. 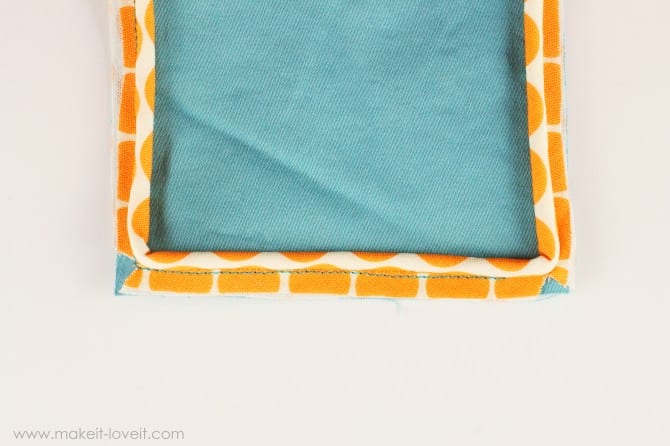 Now, if you’re sewing a pillow, you will sew your other square piece down right on top, with right sides together.  Make sure and use the same seam allowance that you did while attaching your piping.  (If sewing a pillow, you will leave a few inch opening so that you can turn it right side out and then hand-stitch the opening closed when you’re done.  View this tutorial if interested in all the steps.) 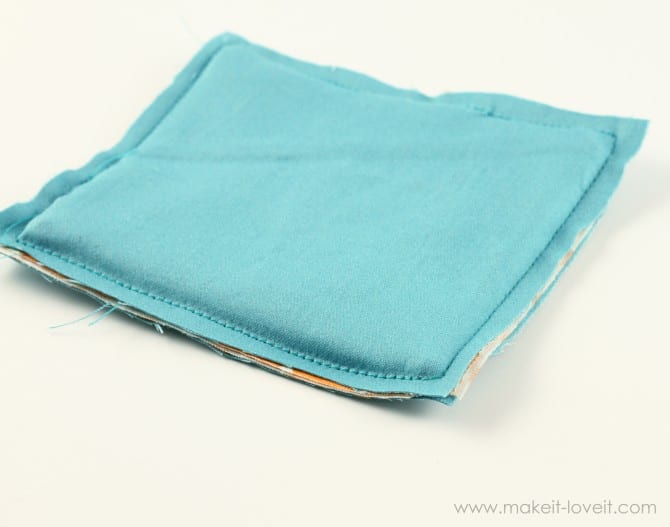 Once you turn it right side out, you will have a nice strip of piping, lining the outer edge of your project.  And you can also see how the overlapped ends kind of mesh together (over on the right). 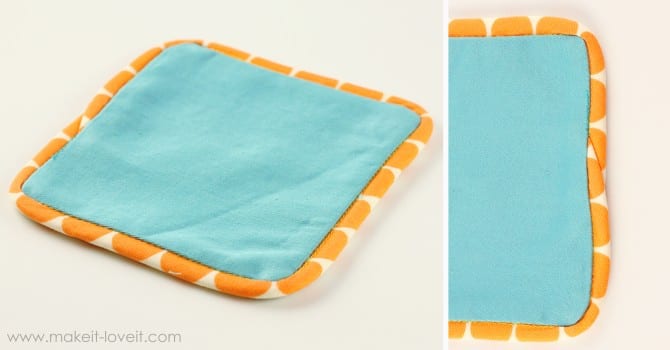 Pretty cool, right?  Now you don’t have to be afraid of piping any longer.  It really isn’t so bad. 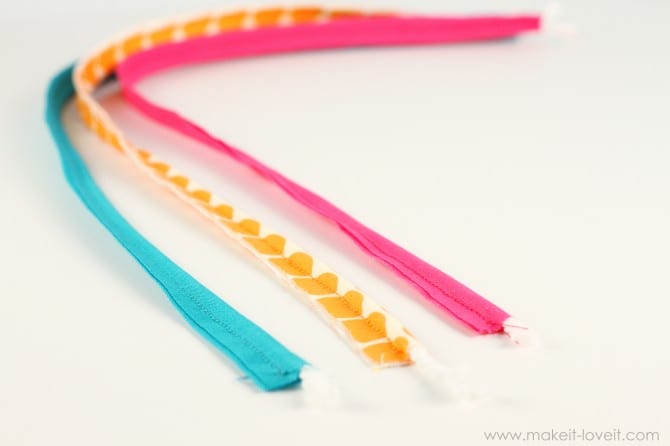 Ashley Johnston is a professional DIY costume maker, sewist, crafter, and owner of Make It & Love It. She is a mom of 5 and a wife to a very patient (with the craft clutter) husband. In case you’re wondering, she always chooses crafting/sewing/designing over mopping/dusting/wiping base boards……but bathrooms/laundry/full bellies are always attended to. Whew!
Author Bio Box by HOI
Author:
Ashley Johnston
Categories:
Mentions:
Not Specified
Keywords:
Not Specified
Last Updated:
November 14, 2018 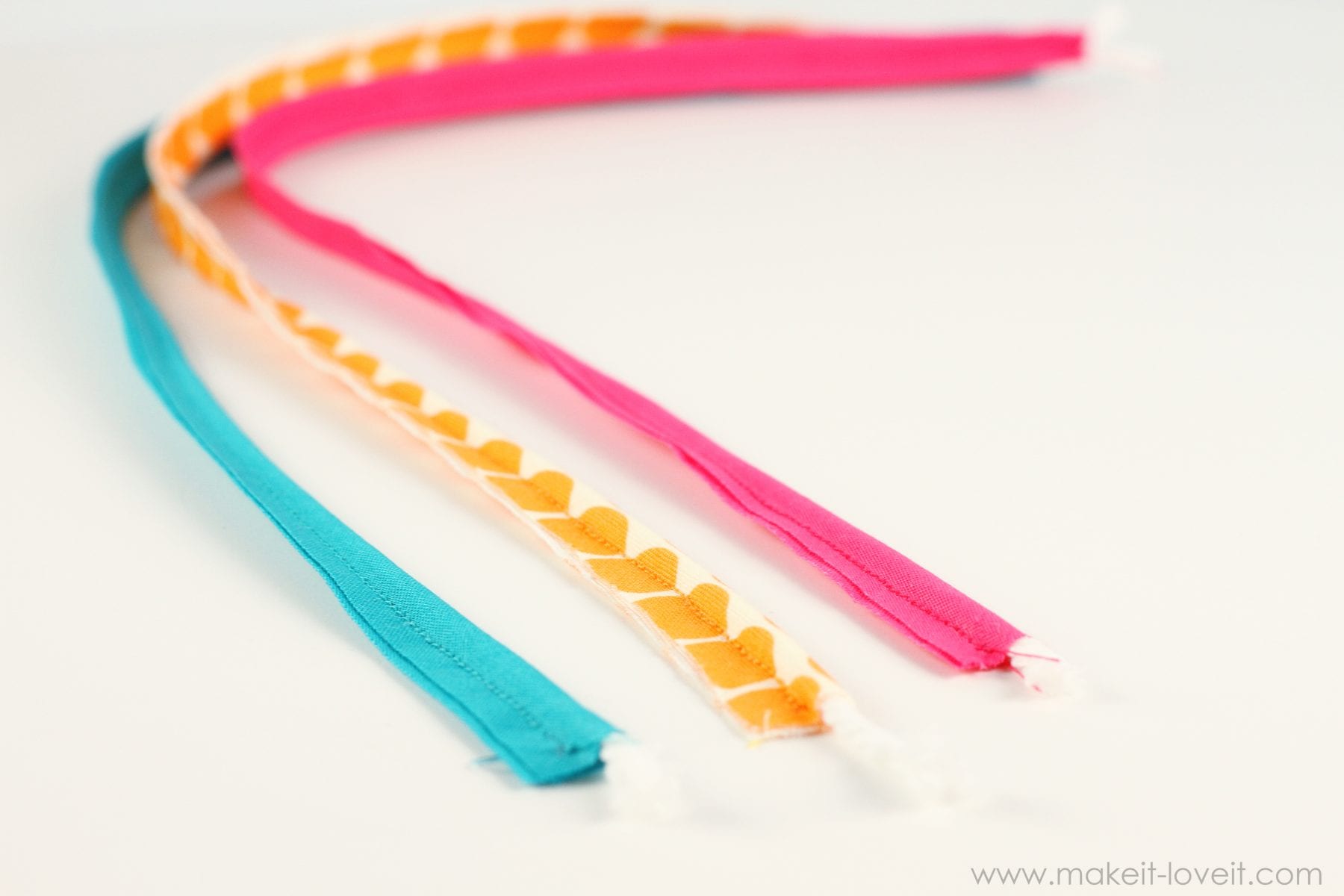 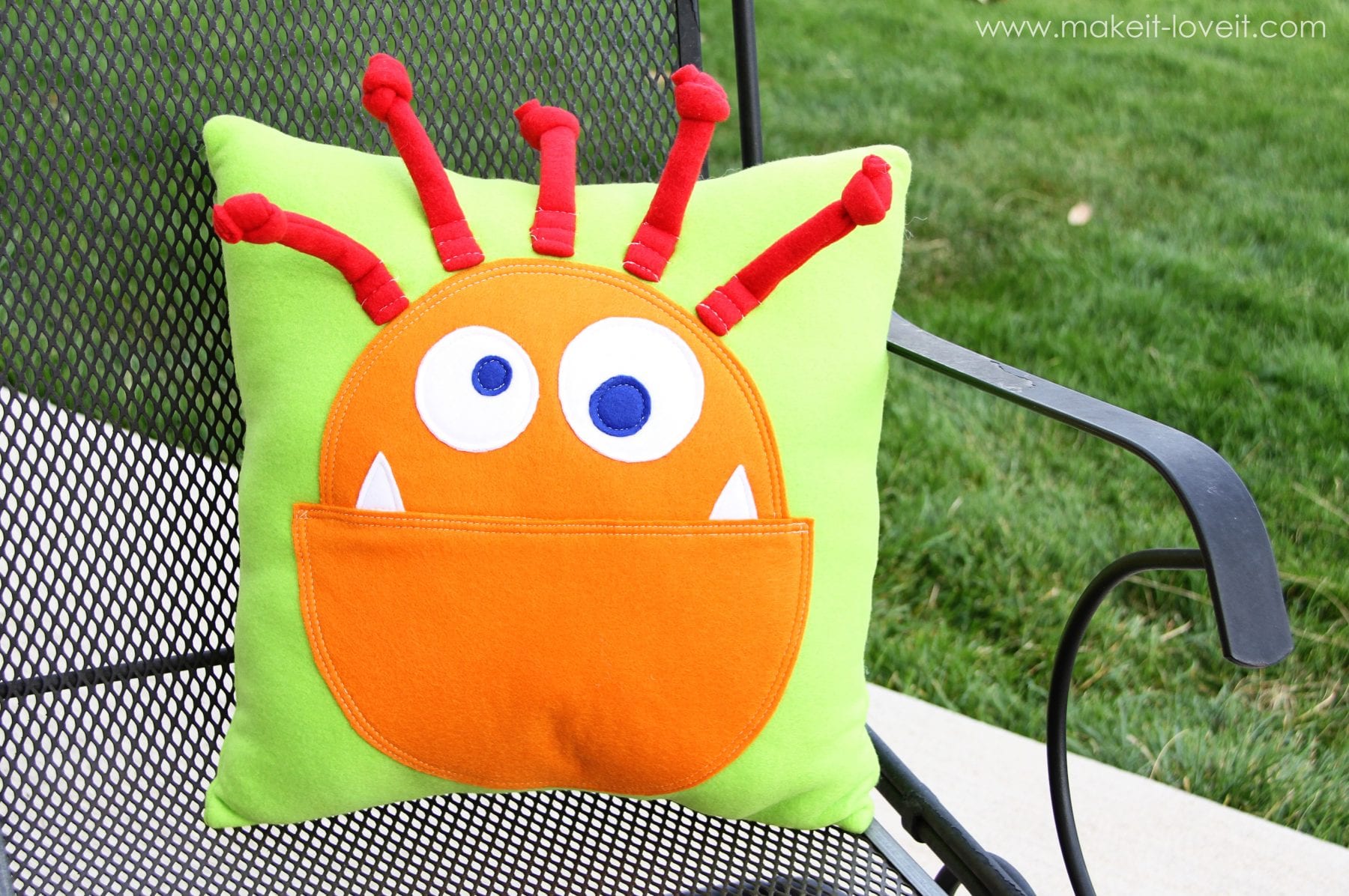 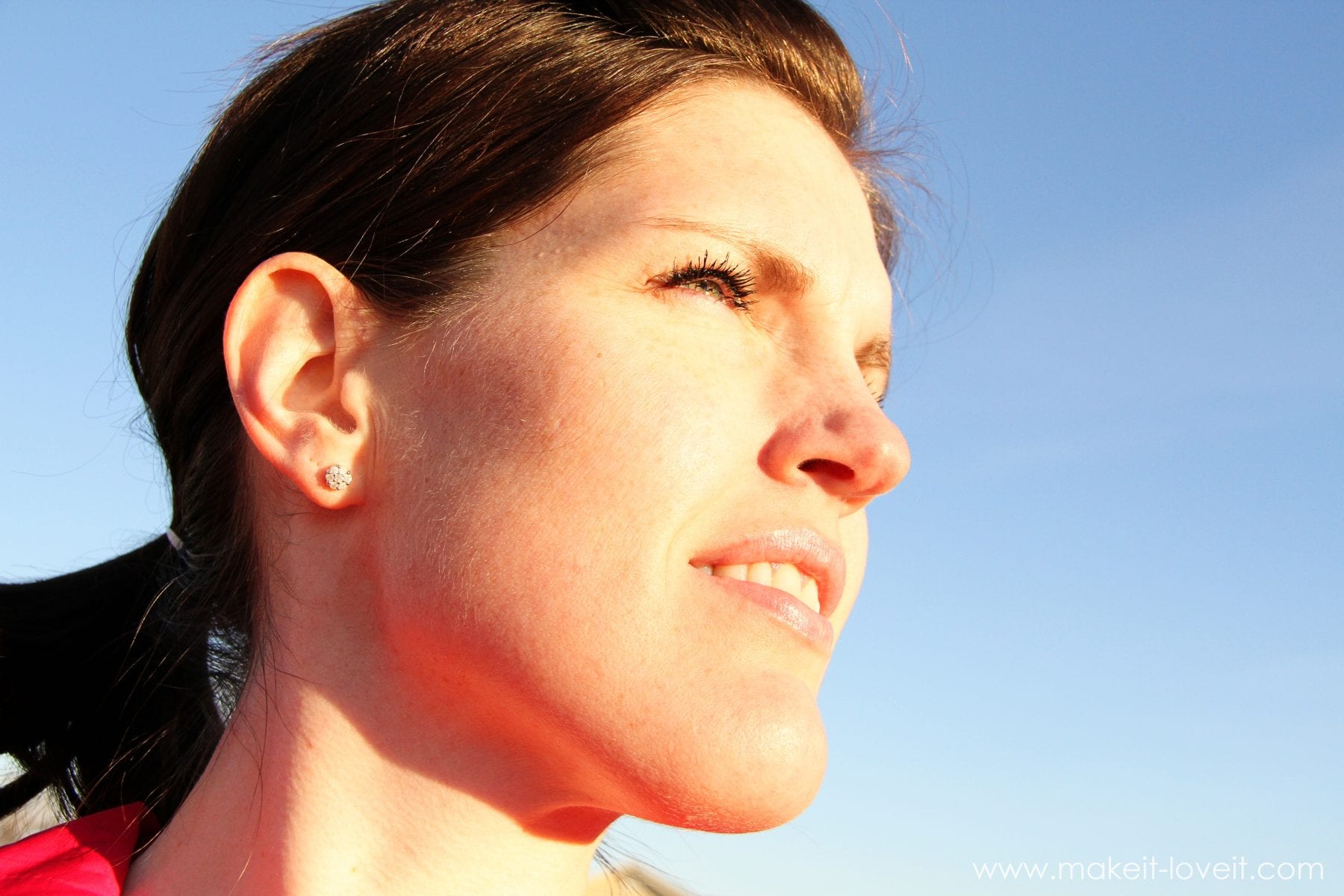