Remember how I occasionally post a project for Bernina’s site, We All Sew?  Well, I created a new project several months ago (you can sort of see snow in the background of the pictures below….I think it was February) and it was just went live today.  Which is perfect…..because the project was intended for spring anyway. :)

In case you’ve forgotten, here are a few past projects that I’ve sewn for Bernina. 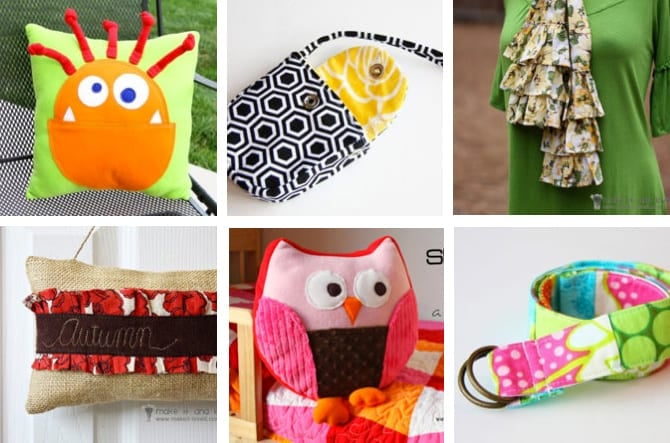 Have I mentioned that I am a true-blue Bernina fan?  Even before having this sewing relationship with them……..I have always adored Bernina.  And their sewing machines are like work horses.

I have had the Bernina 580 Embroidery sewing machine here at my house (as a loaner) and for this project, I used it to create some sweet embroidered flowers on a twirly Circle Skirt. 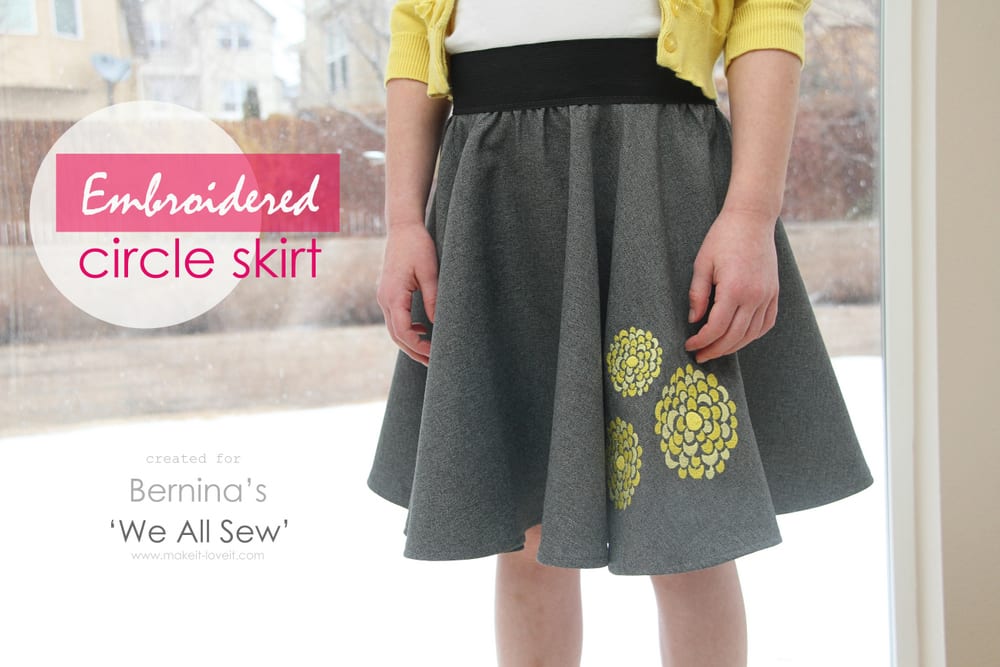 And you know those circle skirts, they are nice and twirly and full…..without gathering anything.  And they’re darling for girls of all ages.

And a plain ol’ circle skirt is fun……..but adding little embroidered dahlia’s tripled the cuteness factor.  The embroidery gives the skirt a nice punch of detail and, well, it was the easiest part.  Ha….because the Bernina did all the hard work. :) 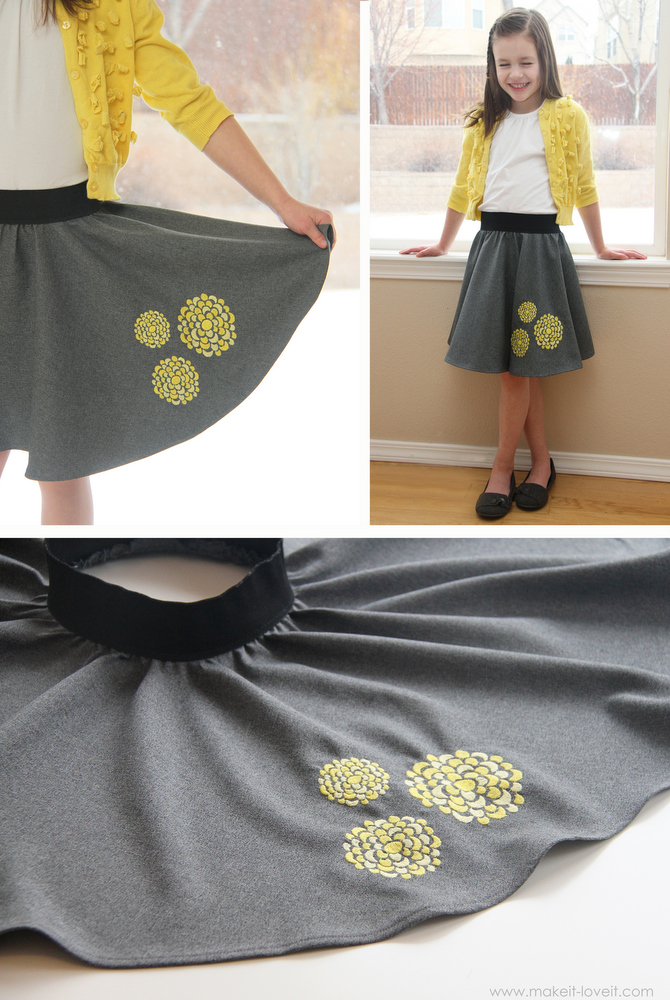 Oh, and in the tutorial, I share a little trick to get a nice even hem around the curved edge of the circle skirt.  You’re welcome! ;) 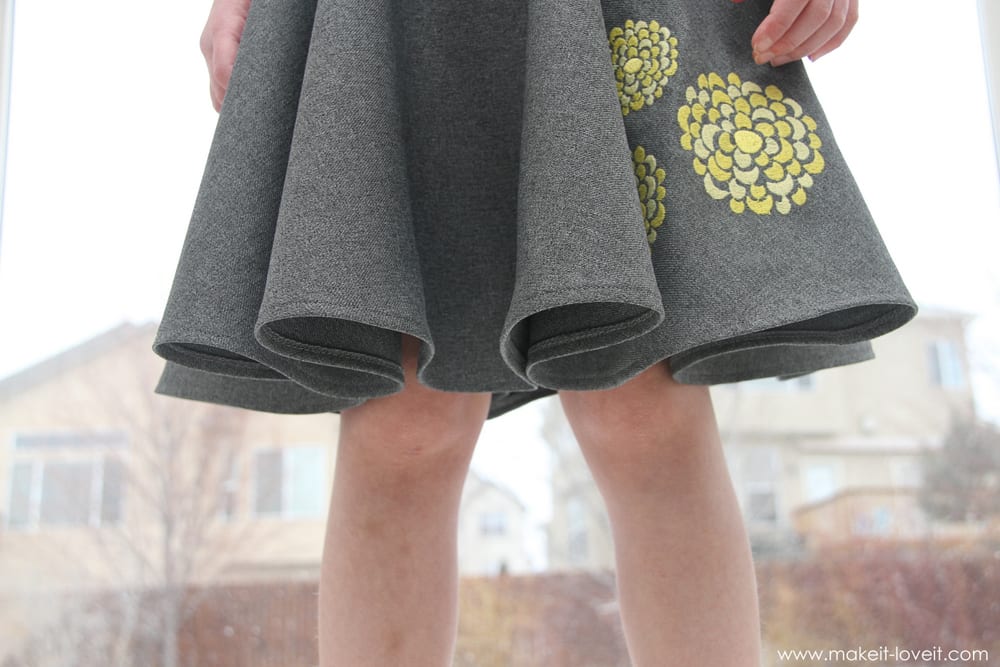 And you guessed it…….Elli loves it.  Circle skirts are for spinning, you know. 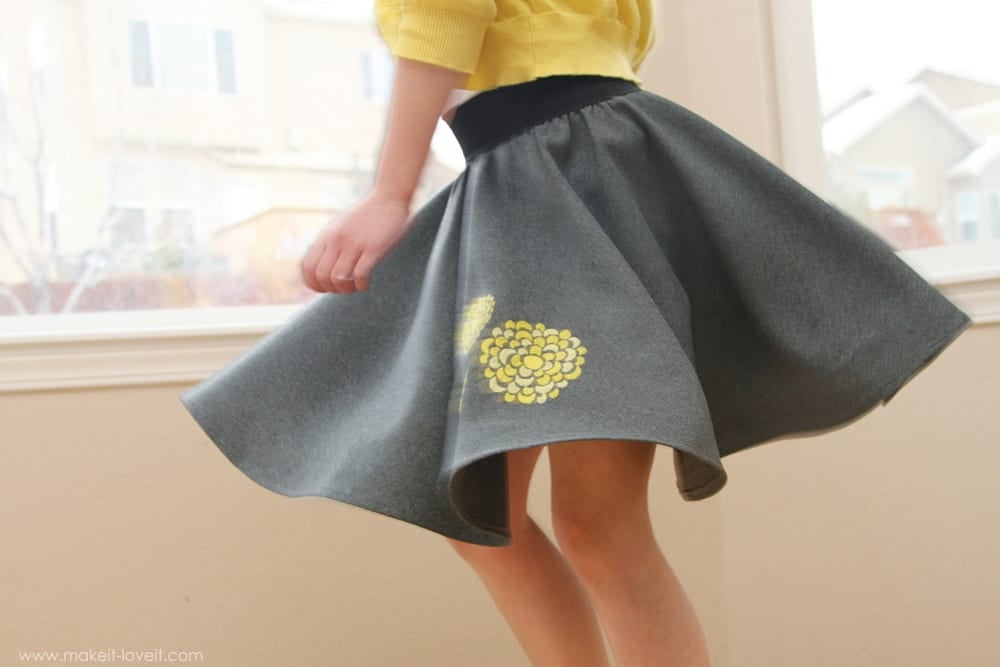 Don’t have an embroidery machine?  No worries……this would look really cute with a bit of applique or maybe even some stenciled fabric paint. 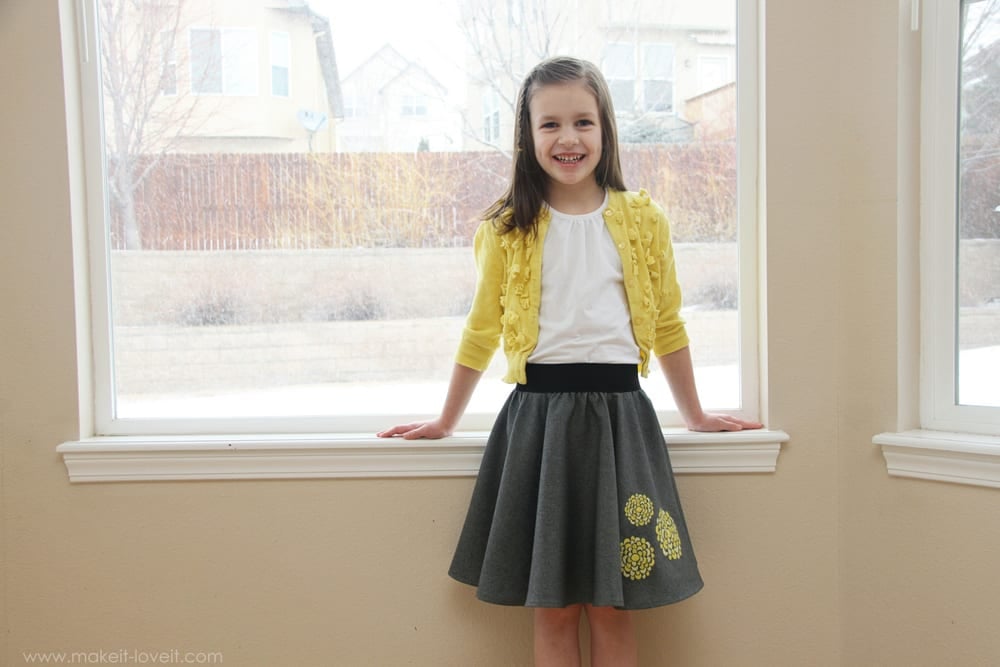 Such a fun little skirt. 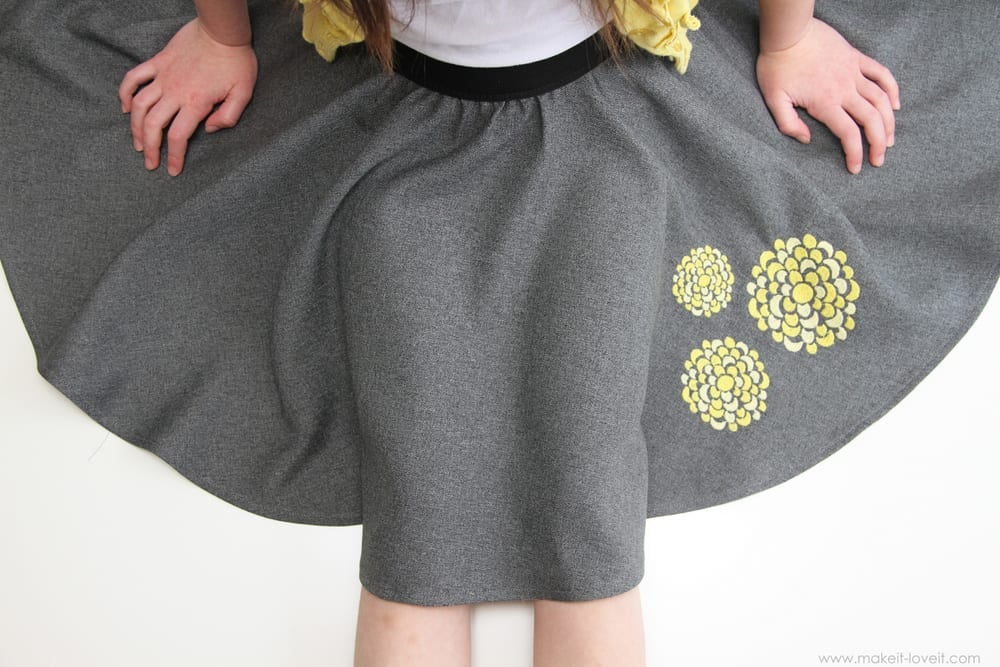 Thanks Bernina, for letting me play around on the Bernina 580!

Now, whip up a skirt or two……for you or a little girl you know.

And enjoy your day! 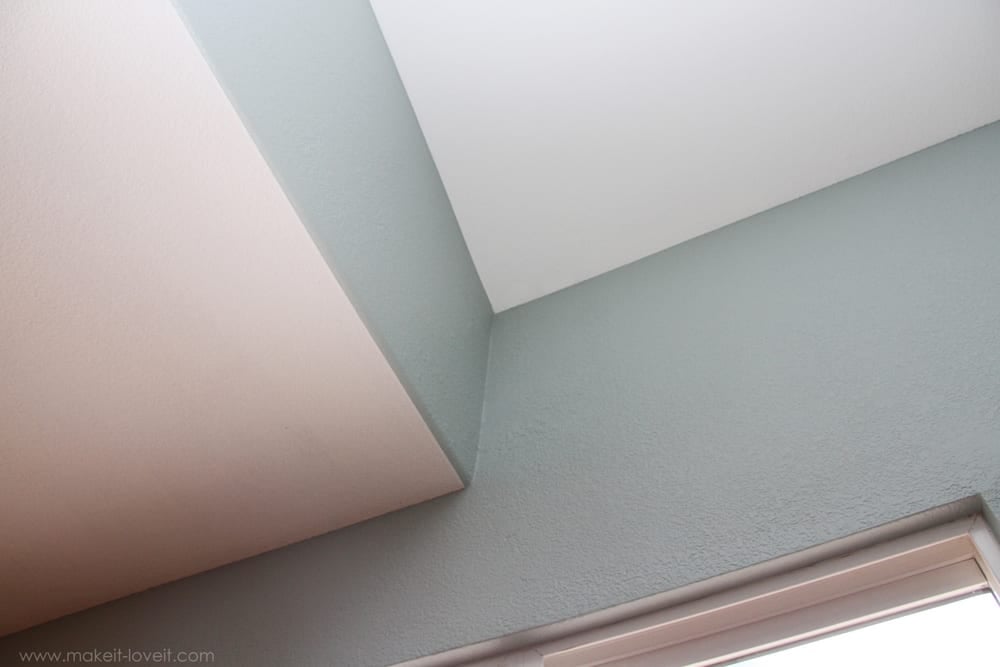