Just an update:  I know, it’s already October.  And Halloween is SO soon!  Good news…….the costumes are in the works!  Elli’s costume is pretty much done and I’ll have it up tomorrow or the next day!  Connor’s costume is making my brain work really hard to figure out an easier way to demonstrate the process.  And Chloe’s, well, the whole idea of hers makes me laugh.  So I’m having fun putting hers together.  Ha!  They’ll all be up soon though.  Promise. :)

My little 5 year old Elli loves her artwork.  She has piles of it.  Everywhere.  It’s on the fridge, laying on the counters, taped to walls, in between couch cushions, in stacks on the book shelf, propped up on my night stand, etc.  Do you get the sense that it’s taking over?  Because it is!  But remember how I feel guilty about throwing it away?  So I turned one of her drawings into a stuffed doll?  Yeah, I still have issues getting rid of her stuff.  Okay, I do get rid of plenty of her stuff (and she’ll never know…….because  I’m telling ya, it’s everywhere!) but I have to be sneaky because sometimes she randomly asks things like, “hey mom, where is that gumball machine that I drew?”  Oh, right, THAT one!  Hmmmm……..

So Elli has drawers and boxes filled with her little projects.  Sometimes I let her put a drawing or two on the fridge but after awhile, it becomes Clutter Central.  Uggh.  So she really needed a spot in her own room to display her work. 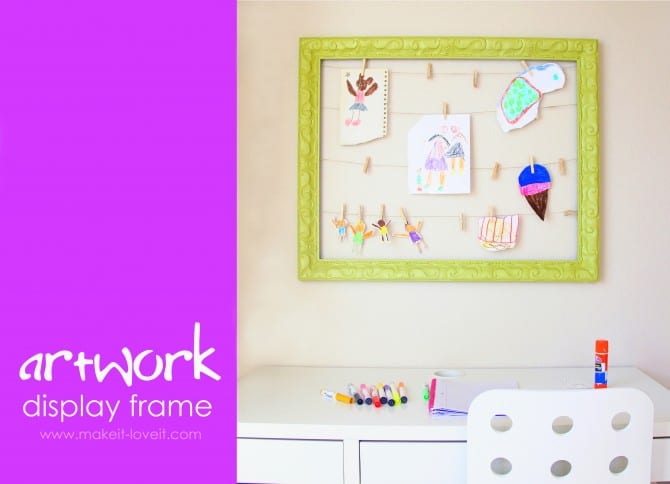 And here’s what we came up with.  A large old frame painted green, with rows of mini clothes pins to hang her art from.  (Have you seen the piles of old junky glass-less picture frames at the thrift store?  Grab one of those to use!) 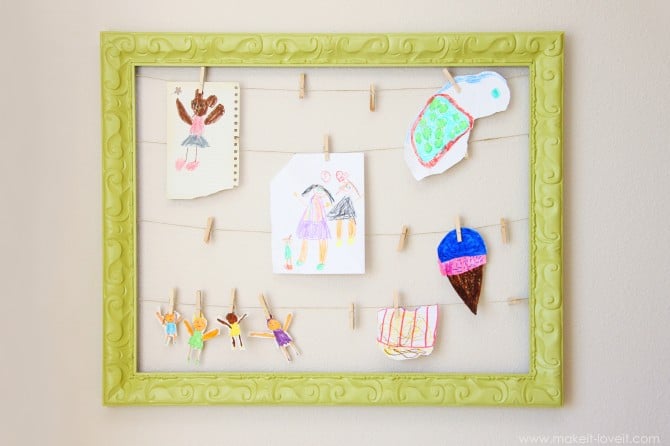 Which sits above her desk, in the cozy little corner of her room. 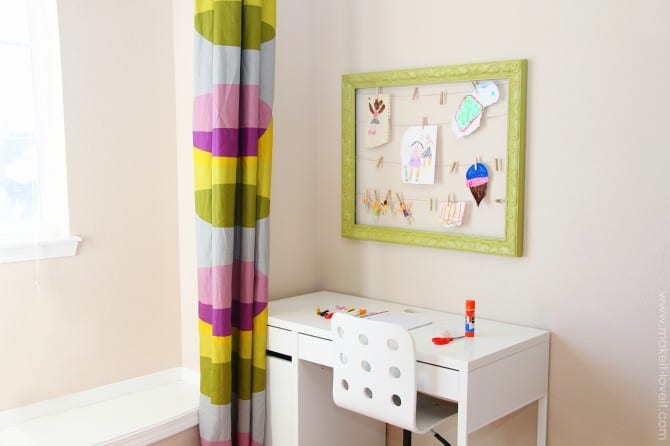 She now has the freedom to display her favorite projects, rotate them whenever she’d like to, and clutter it up or keep it bare.  Whatever her little heart wants to do! 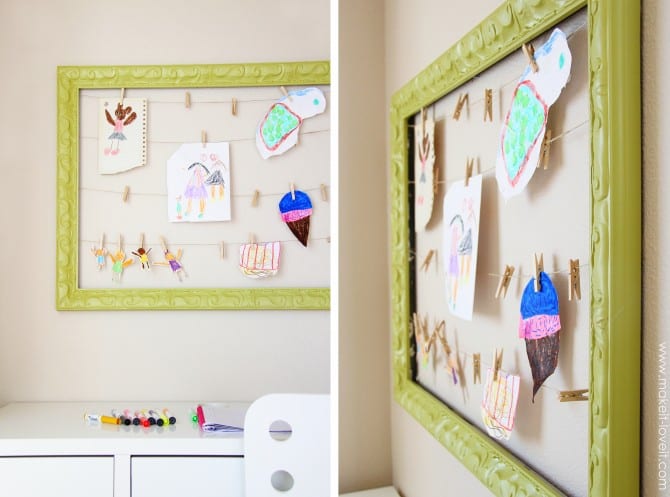 She thinks it’s pretty fun to now add to her bedroom wall art. 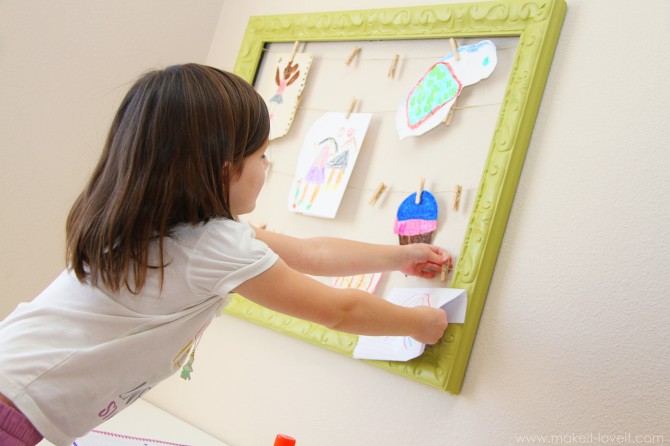 To show her how it worked, I just added some of her old artwork to the frame.  But right away, she sat down and began making more pictures.  You know, to change things up already.  Perfect.  Go right ahead! 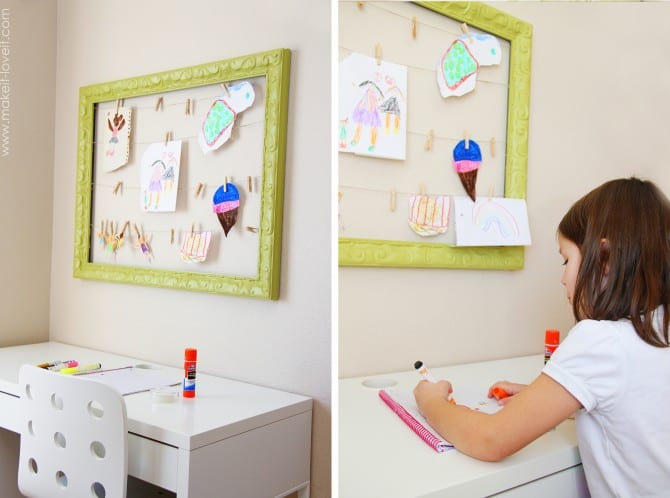 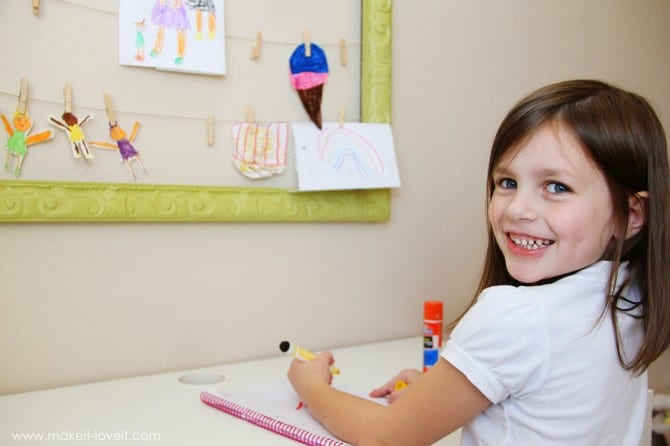 Would you like a display frame for your own little artist?

Grab an old glass-less frame from the thrift store……..or your garage.  Because if you’re like me, you’ll have a frame or two that have been dropped during one of your 7 moves and are now without glass and are sitting around, waiting to be used for something.  Here’s your chance!  And you can make one any size but this monster is about 25 x 40 inches.  Nice and big! 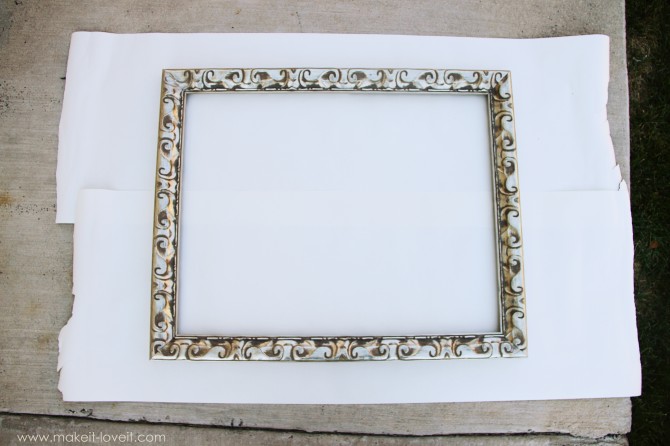 Then paint it, if you’d like to.  Spray paint is awesome and much faster……but is so limited in color. 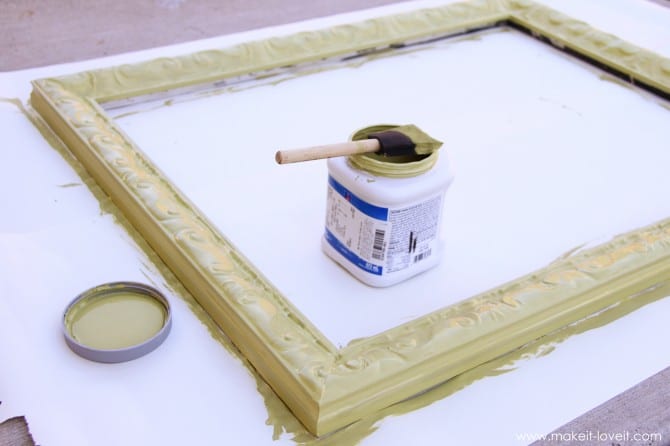 Once your frame has dried, tring some twine across the back and staple gun one end down and then tie the end into a knot, around the staple. 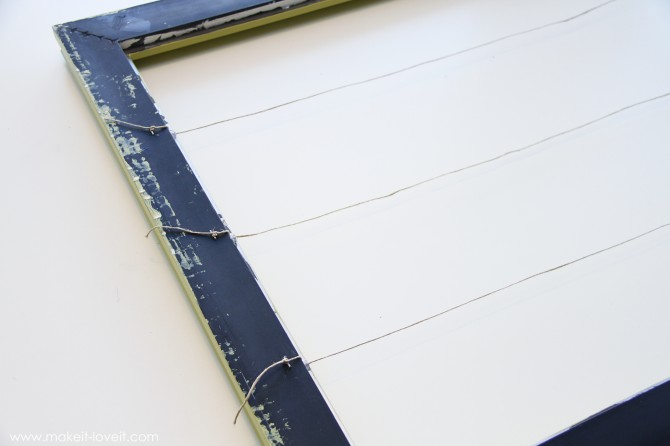 Then, because I had a big step to the front of the frame, I used a glue gun to push the twine forward, so that the strings would sit more forward when hanging on the wall.  Add as many lines of twine to your frame. 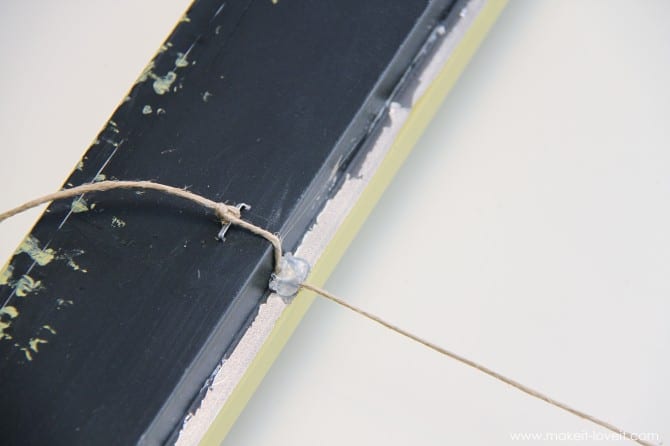 Add some mini clothes pins (purchased at the craft store) to your lines of twine and then hang your frame.

And let that artwork have its moment of glory!! :) 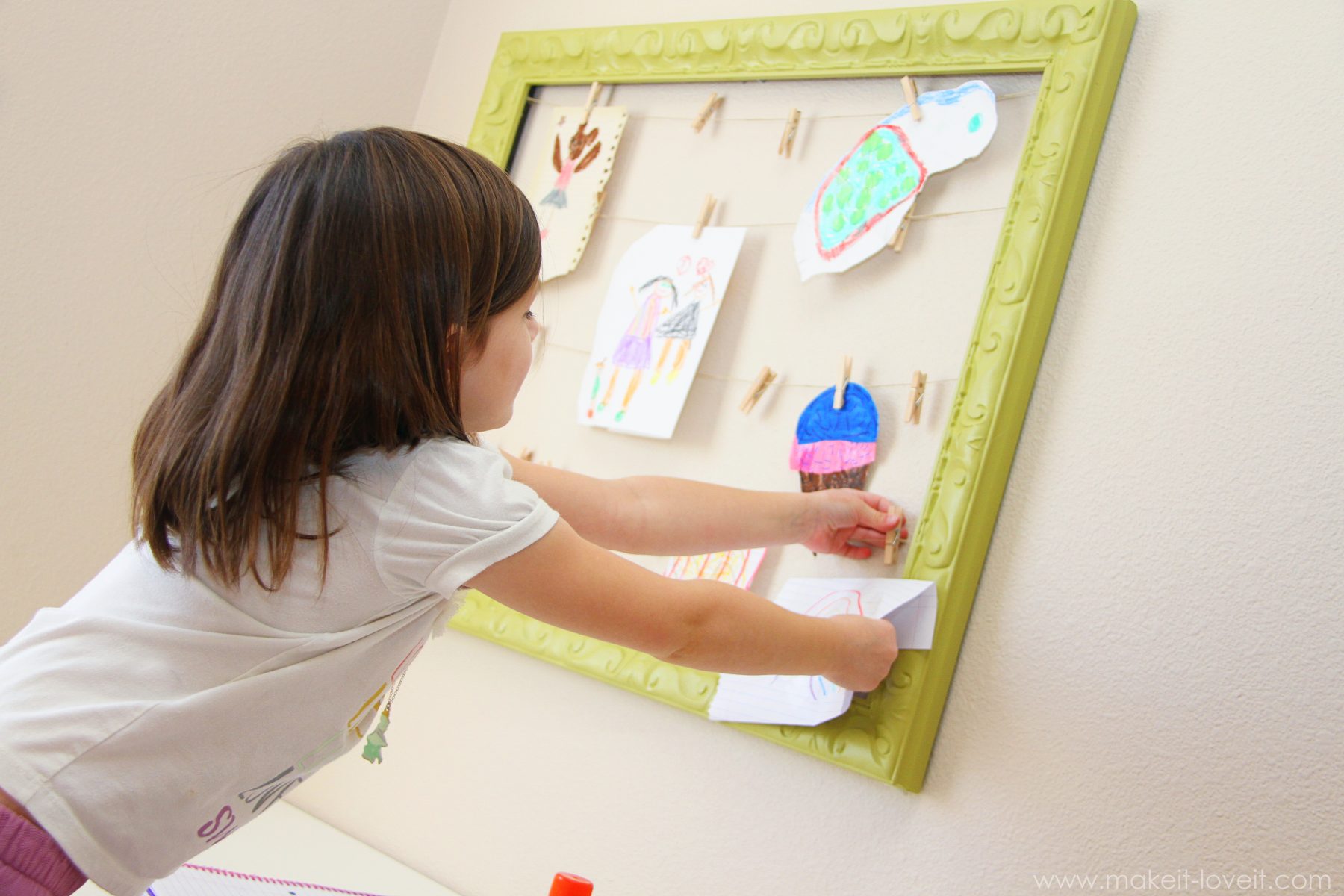 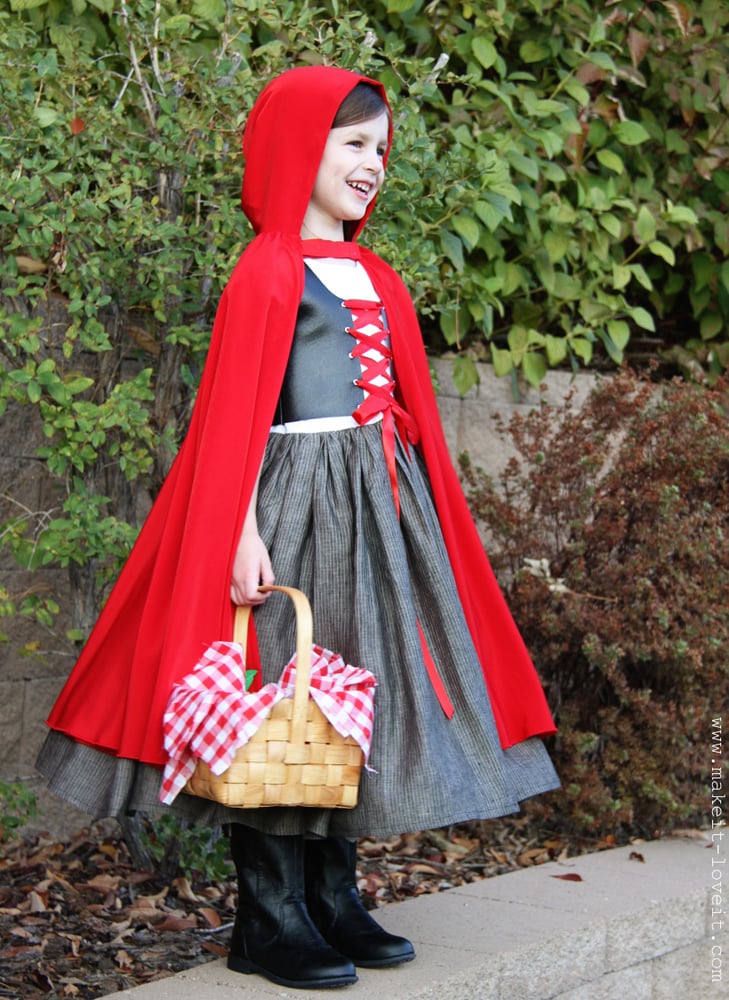