Fabric Baby Doll Basket…plus 3 patterns to GIVE AWAY!! {{Edited: CLOSED}}

Each time I have had a baby, it’s been a little tradition of ours for the baby to give gifts to our other kids.  You know, so they feel special too.  It has made a huge difference.  Because when everyone fusses over the new baby being born, they have something new and special to captivate their attention.  Plus, they can show off their new gift to visitors, as if it’s just as cool as their new baby sibling.

When little Oliver was born last summer, the tradition continued.  He gave Connor a Lego set and each of the girls an infant baby doll.  (We found the baby dolls HERE.)  They were THRILLED!  (And Connor even asked how Oliver already knew he liked Legos.  Uhhhhh, mommy helped him??? Ha.)  However, I had every intention of making those little boy baby dolls their very own baby carriers.  I even had the fabric cut out and everything.  But time slipped from me and I probably chose extra naps right before Oliver was born, rather than finishing them up.  Darn.  However, I recently picked up the pieces again and sewed each of the girls their carriers for their baby boy dolls…and they were SO excited they were done!  They now carry them all over the house, filled with dollies, animals, blankets, bottles — EVERYTHING!  They are a huge hit around this house.

Some of you probably recognize the shape and size of this little carrier……because yep, it’s the Baby Doll Basket Pattern created by Dana from MADE.  And let me tell you, it is fantastic!  I contacted Dana and told her how excited I was to put it together for my girls……and that sweet thing told me I could give a few of the patterns away to some of you guys…for FREE!  Love that Dana!

I actually finished them a few weeks ago while Elli and Connor were at school and Oliver was napping.  Chloe sat right by my side at the sewing machine until they were done.  Once the last seam was stitched, she sped off to find the infant baby dolls….and just played and played “mommy” all day long. 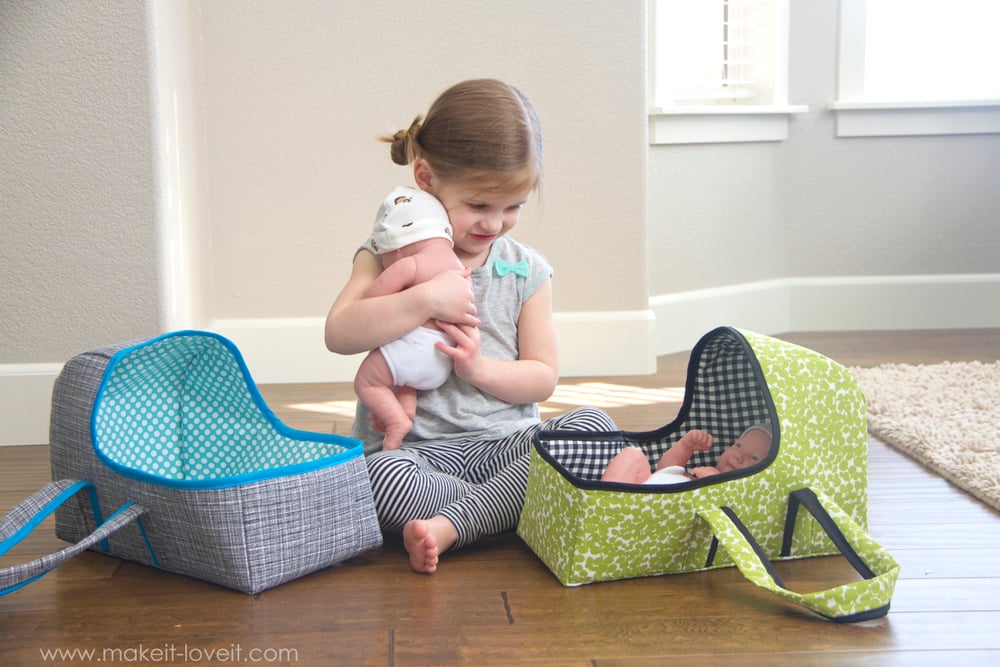 These little baskets are padded and super sturdy and came together pretty quickly, after the cutting was done.  (Isn’t cutting the worst with any project??  I always wish I could magically have everything cut the moment I dream up the project.) 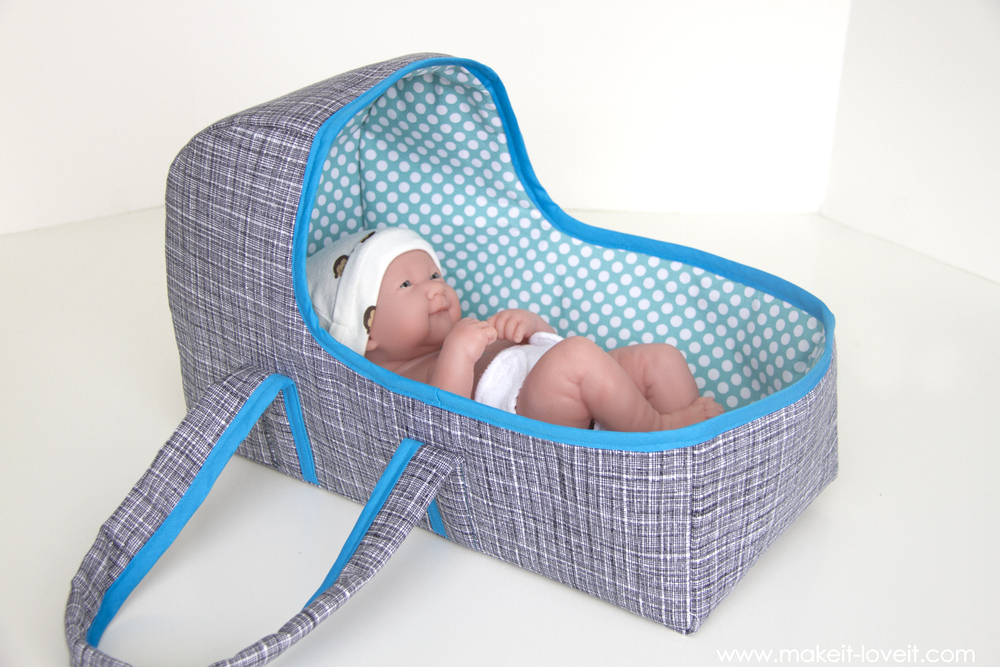 And since Elli was still at school, I told Chloe she could play with both and then decide which color she liked better and then choose that one.  (Hey, there’s perks to staying home with mom during the day. ;) ) 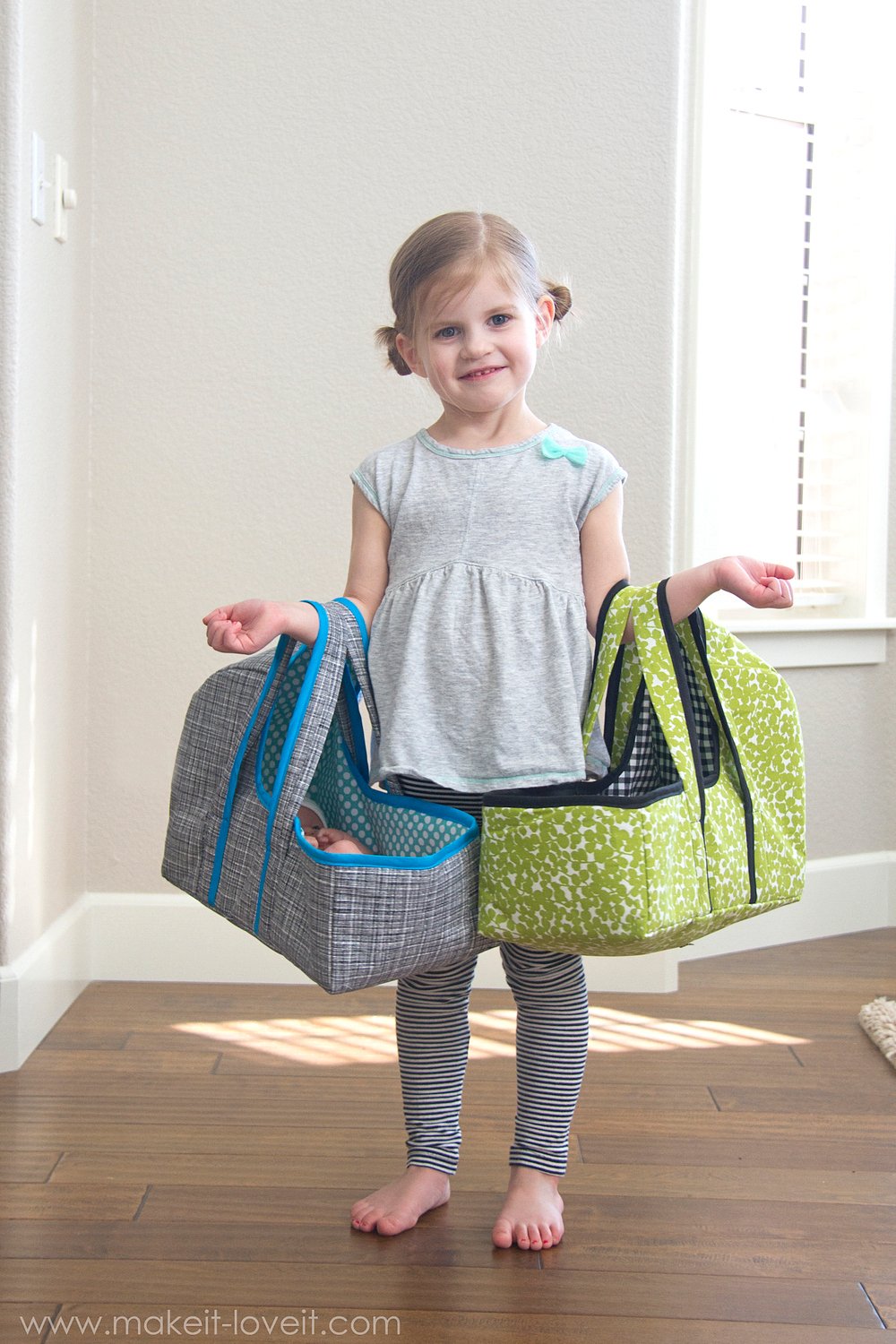 But eventually decided that she wanted the green one.  And without evening knowing I was watching, began loving on her little baby, as if he was absolutely real. 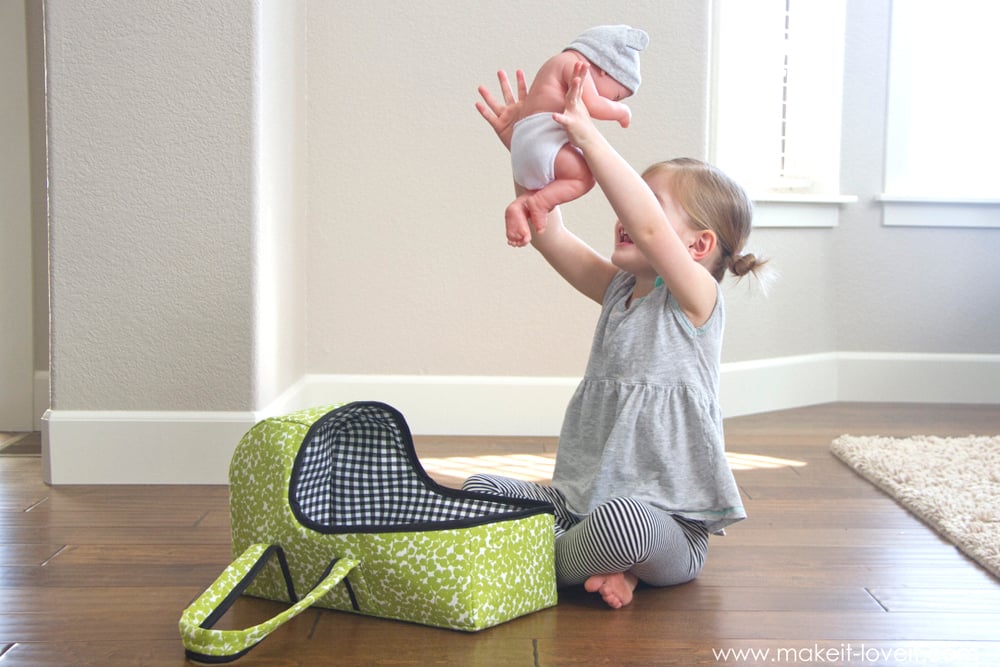 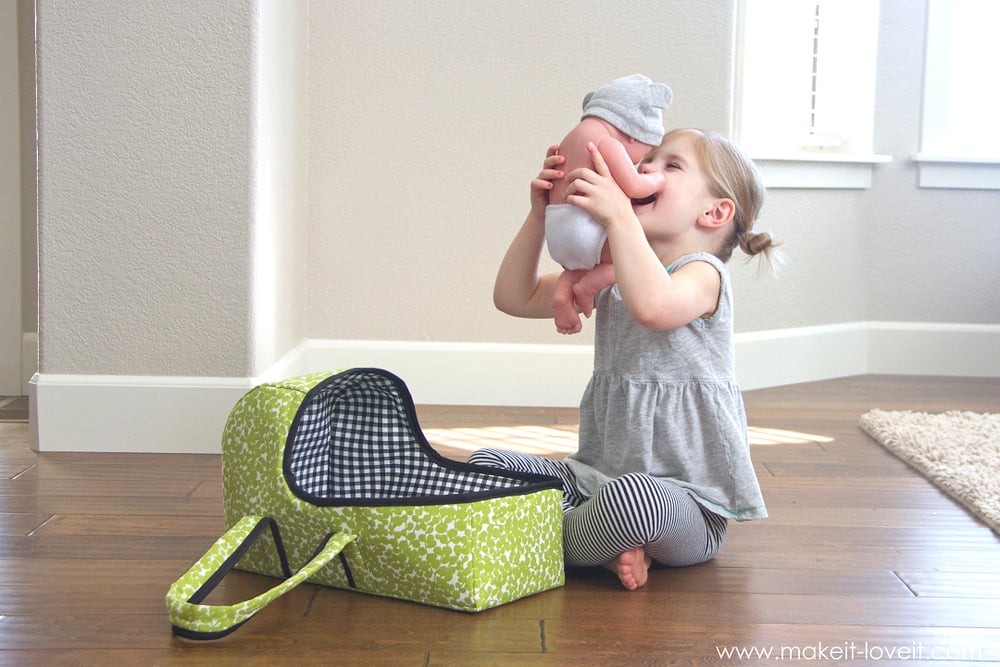 And even patted and “shushed” him when he cried. 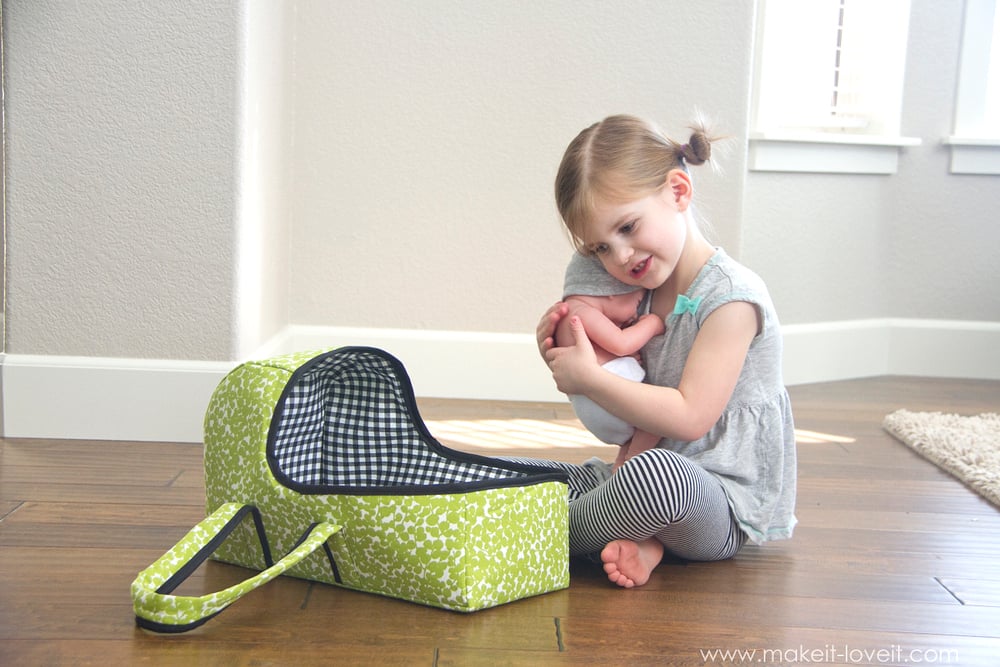 Then put him back in his little carrier to rest… 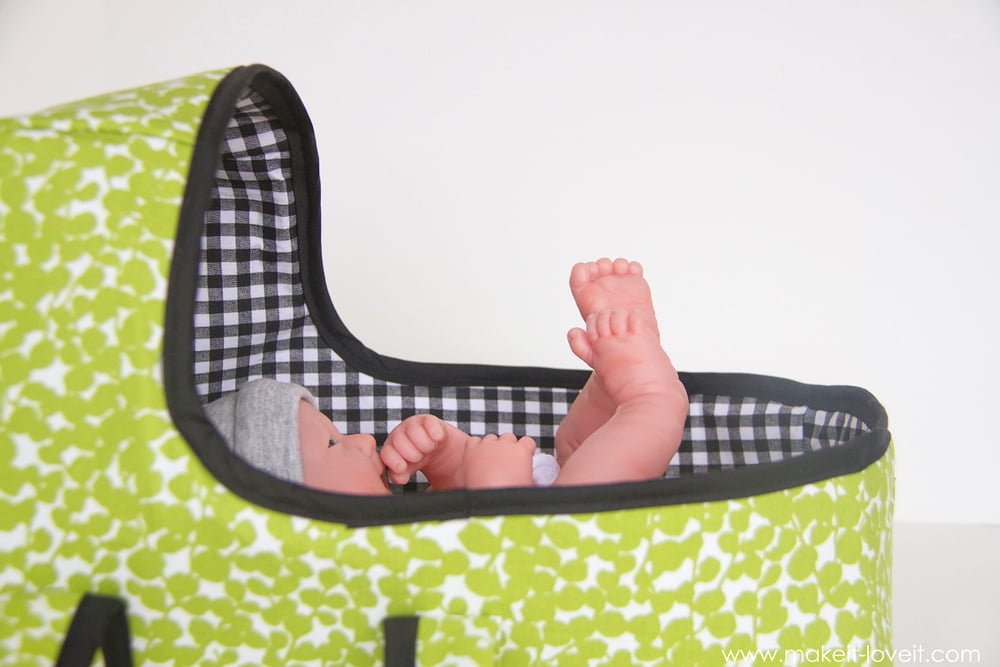 Chloe is very much a little nurturer.  She loves pretending to be a mommy…..and the carrier makes it all the more realistic! :) 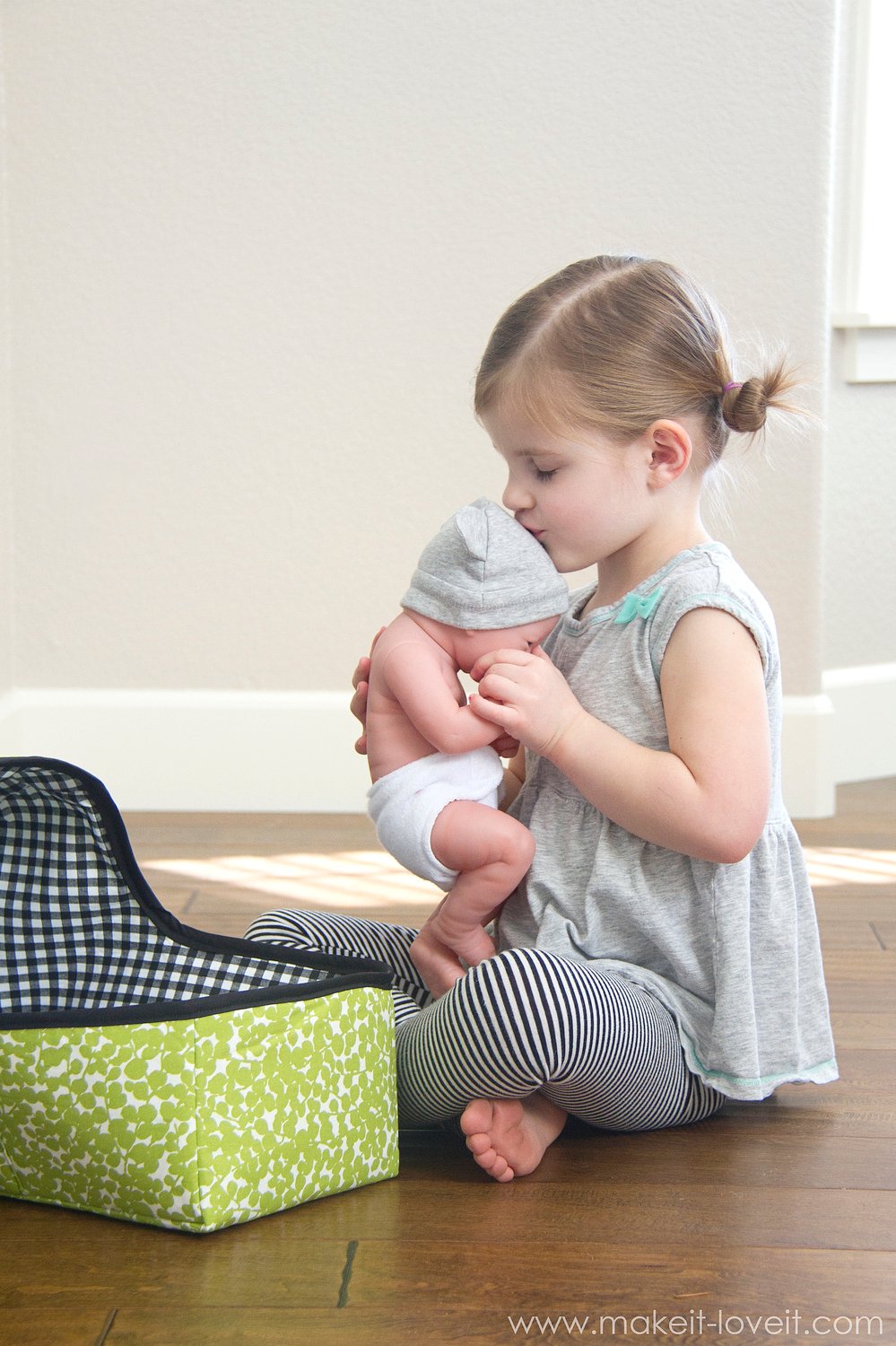 And after I turned my back, thinking she was settled on just playing with the the green baby basket, Chloe grabbed the blue one and loved on both babies all over again.  Because hey, that means that she has 2 captive audience members instead of just 1. Go on girl, keep those babies entertained! :) 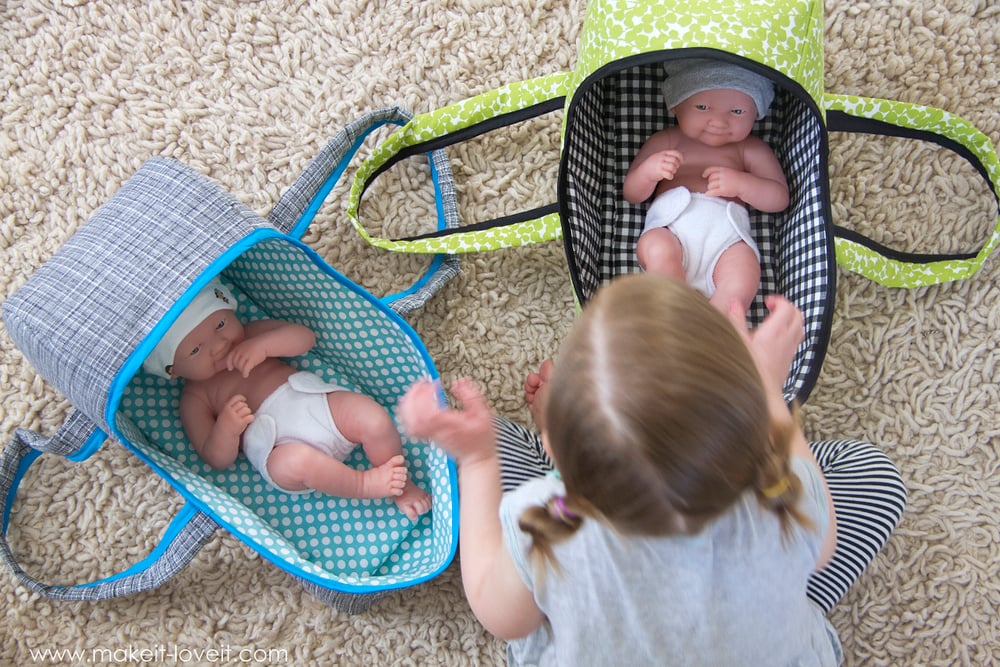 ***Aren’t those little baby dolls so life-like?!?!  We bought them HERE!

Such a fun pattern to sew.  And even more fun to let your little ones enjoy!

And yes, the fun part — 3 of you can win your own PDF pattern for FREE!

Good luck!  And thanks again DANA! :) 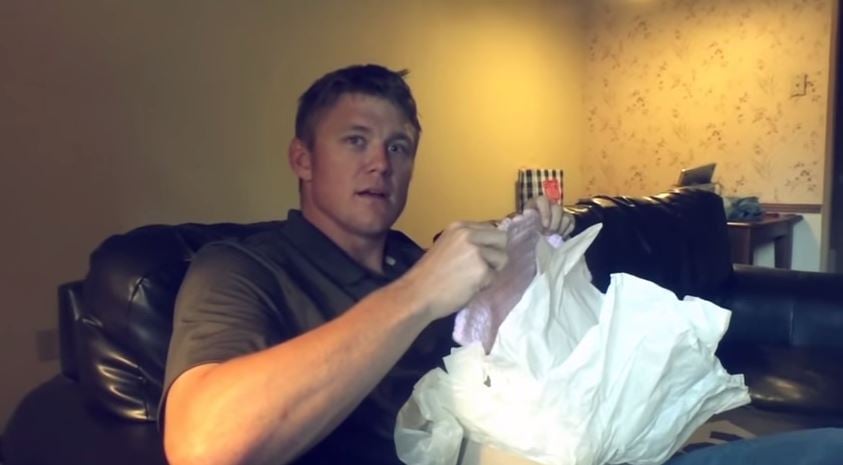 Previous Post:
They Just Find Out They Are Going To Be A Dad 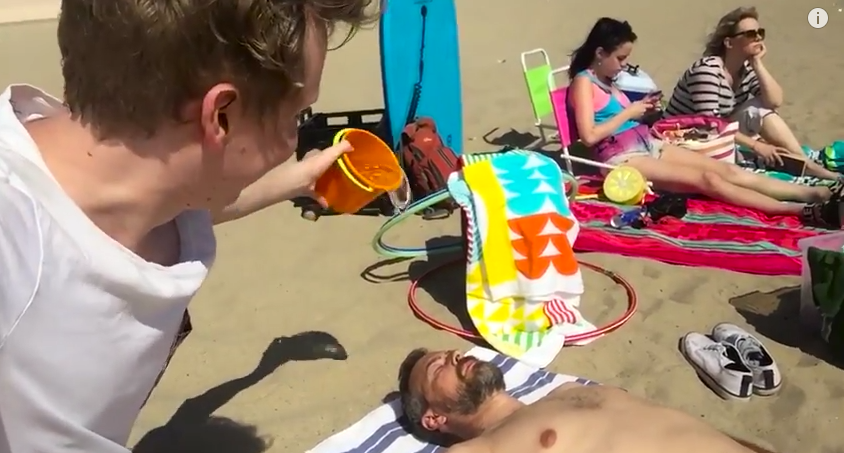