Oh you guys, it feels so good to be home!  Baby Max was discharged about a week ago from the NICU, and oh my word, those 11 days in the hospital feel like such a blur.  Thank you SO MUCH for all the well wishes, prayers, and emails…..we have felt incredibly loved!  (More about Max’s birth and NICU stay HERE.)

I actually feel like his first day of life started AFTER his long blur-of-a-hospital-stay….because everything has been very normal since then.  Just like any other baby we have brought home.  SO grateful for that.  And I’ve been meaning to hop on here sooner to share pictures and give an update…..but our stinkin’ internet has been down and so finicky for about a week.  But today, it works on my laptop.  Still nothing on my desktop.  Or wi-fi for my phone.  But my laptop somehow has special powers, I guess….so I’m going with it! ;)

Anyway, Max Emmett Johnston is exactly 3 weeks old today (but these pictures were taken at a little under 2 weeks old).  And is home, right where he belongs! :) 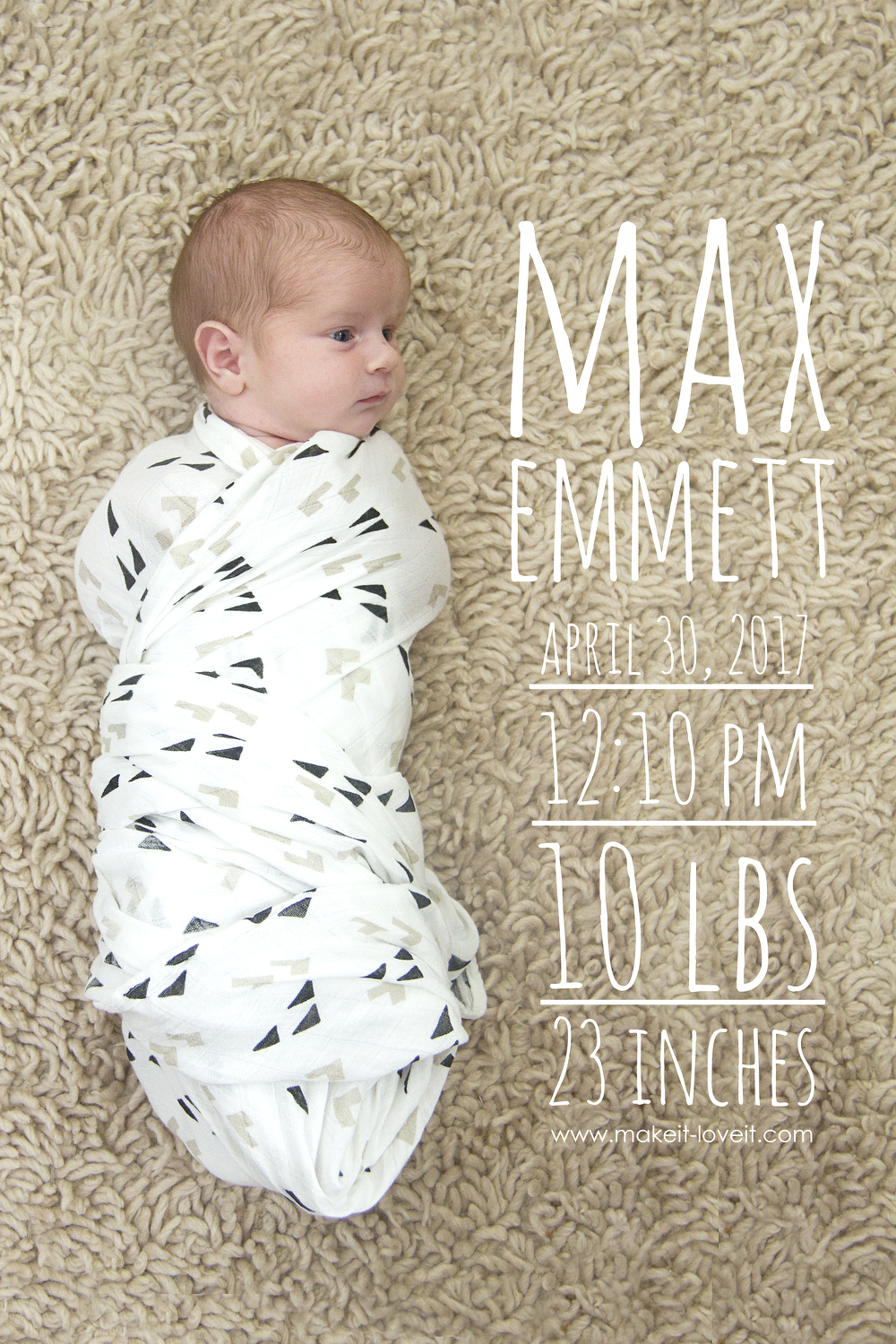 I mentioned in the last post that Max had an infection in his lungs and wasn’t breathing very well, etc…..and that’s why he was in the NICU originally.  But while there, they found a heart murmur (that is expected to heal on its own) and then also had a couple episodes of a racing heart rate, that kept him in the hospital even longer.  However, if we hadn’t have been in the hospital for the lung infection and hooked up to all those monitors, we wouldn’t have caught his heart rate up in the 300’s so quickly and figured out that he had SVT, a condition that causes a super rapid heart rate and requires medication.  So really, what a miraculous series of events that helped us to figure out a bigger problem with his heart….instead of it happening at home and having no clue what was wrong with my newborn baby. 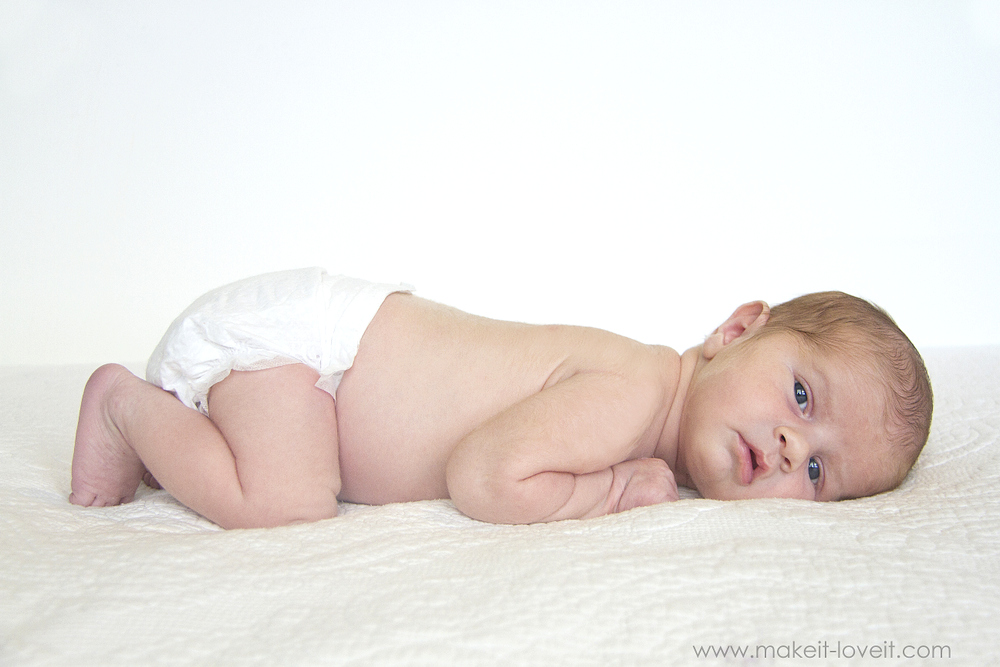 Max is now on medication 3 times a day and will follow up with a pediatric cardiologist in a month.  We’re hoping it’s something that will regulate on its own and we won’t need medication forever.  But if not, we’re just grateful that something as simple as an oral medication keeps his heart happy!  (And possibly a surgery to fix it later on.) 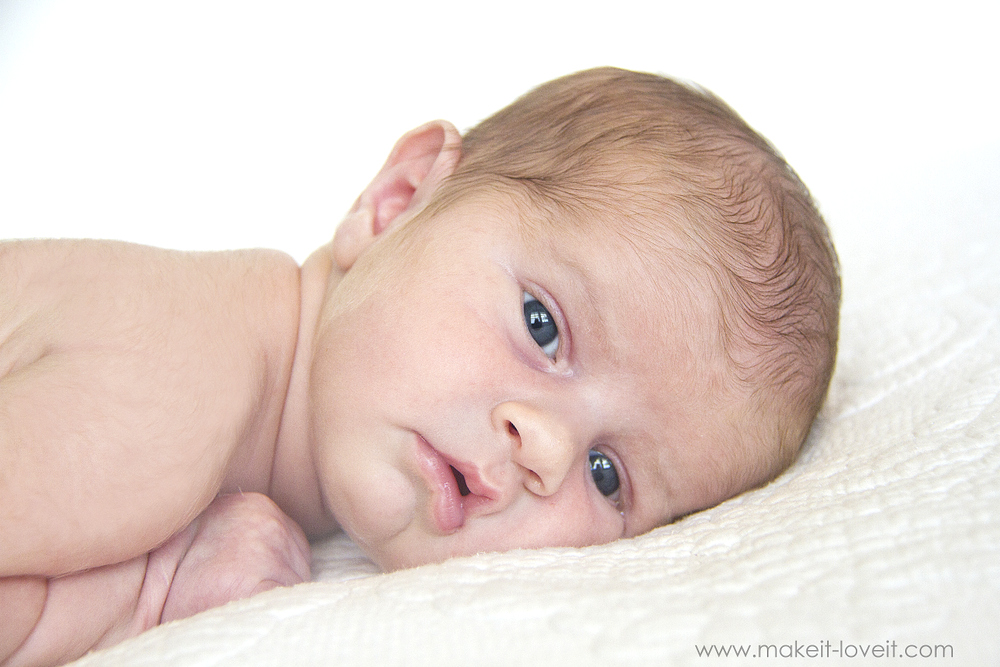 And how does Max feel about being home???!  Well, he can’t talk yet to tell us how he feels….but he sure can DAB!

I guess that means he’s happy about it! (Haha….couldn’t resist! ;)) 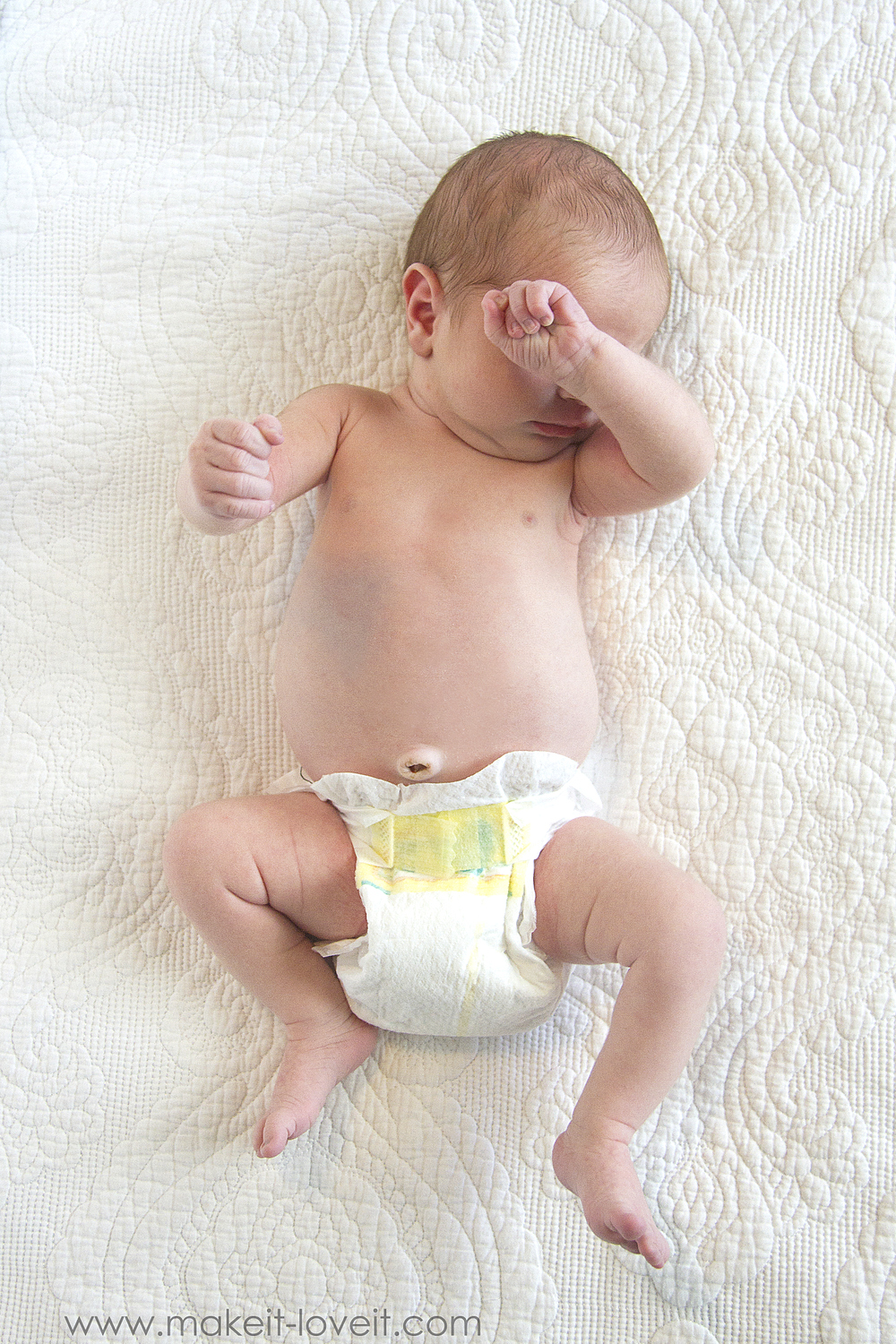 For some reason, Max struggled with eating while in the hospital.  I think some of that had to do with him being tube fed for the first 7 days of his life, so he didn’t have that gradual muscle building that babies gain each time they eat, starting on day one with just tiny drops of milk.  But all the sudden, when they took the tubes out and he tried sucking from a bottle for the first time (because he had to master that before nursing), it was a lot more milk than babies usually have to eat on the very first attempt.  So feeding time became such a chore to force him to eat “enough” with a bottle before getting too sleepy, every 3 hours.  Blah.  But now that we’re home, Max has gotten SO much better at nursing (woah, that took some figuring out too!) and he has now created his own little schedule…..and eating time is much more pleasant.  Hallelujah! 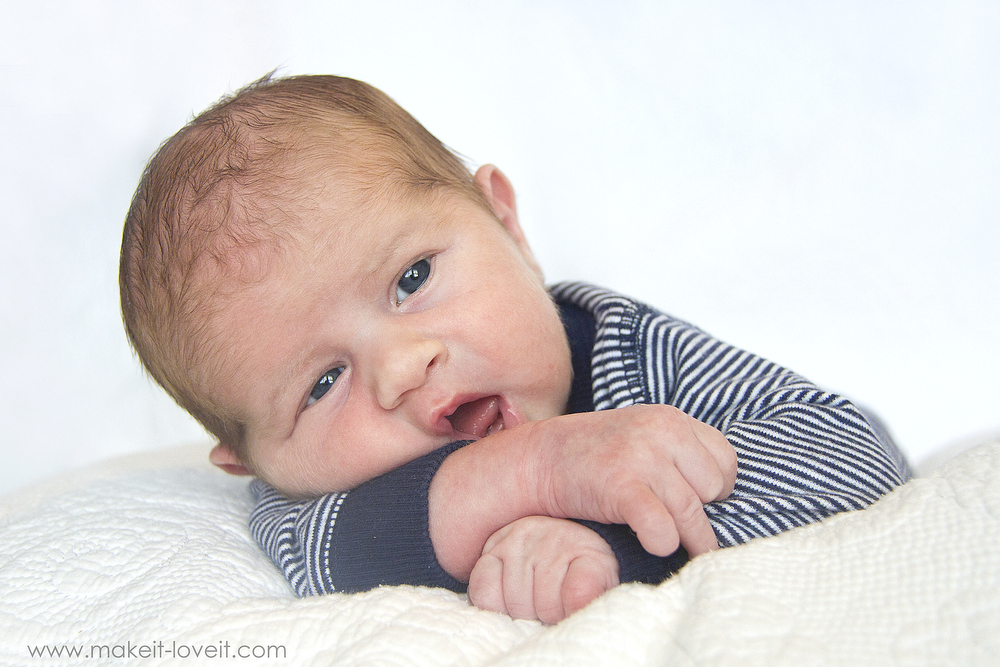 Max is still a little backwards with his nights and days…..and forgets that his longer stretches of sleeping should be at night, not during the day.  So, even though many of the pictures shown here are with his eyes open…..he can most commonly be found looking like this. Ha!

Oh, and this little boy could possibly be the most loved baby in all the land.  I have loved holding all my babies, and have soaked them up as much as I could….but Max is probably held more than any of my others.  But not only by me.  He has 4 other little people in this house who beg to hold him any chance they can get. (In fact, right before this picture….Connor was cranky that Ellie was holding Oliver for the picture and not him. Ha!) 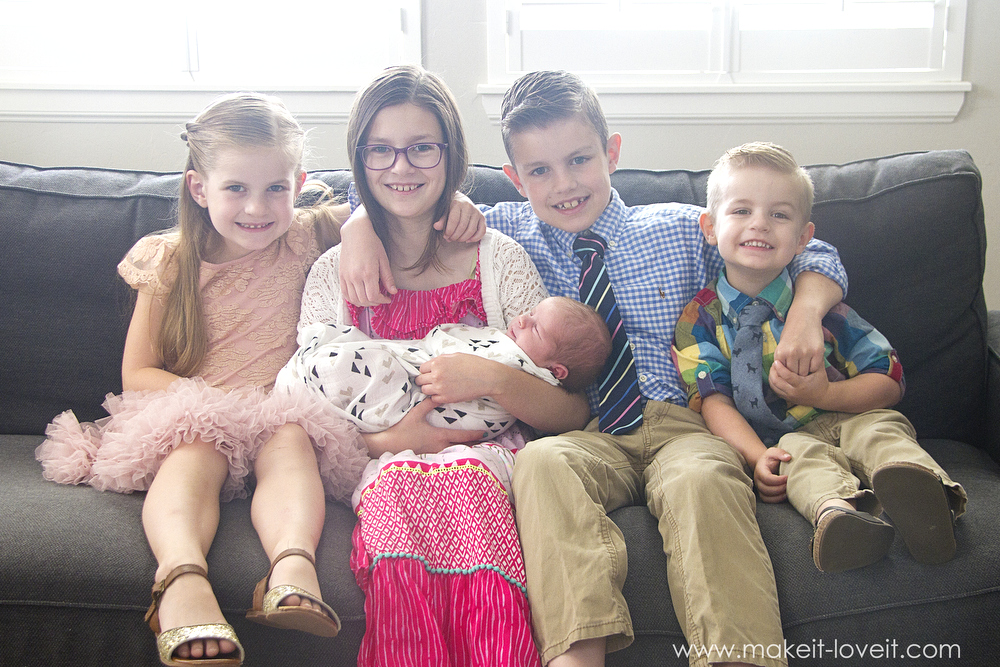 Not bringing home Max right away was really tough on Ellie, Connor, Chloe, and Oliver…..and was the cause of many tears (especially by a very frustrated 6 year old, Chloe).  They asked every day if it was time to bring him home yet…..which was hard because we never knew an exact date to tell them.  They also really grew tired of me only being home briefly in the morning before school and then for maybe an hour or so after school, before leaving again to stay with Max at the hospital through the night.  I really hated it too and felt so torn.  But now that Max is home, there is a whole lot of holding and loving going on around here!  (Especially by our oldest Ellie….my goodness, she thinks that baby is hers! But they all fight over whose “turn” it is, even Oliver!) 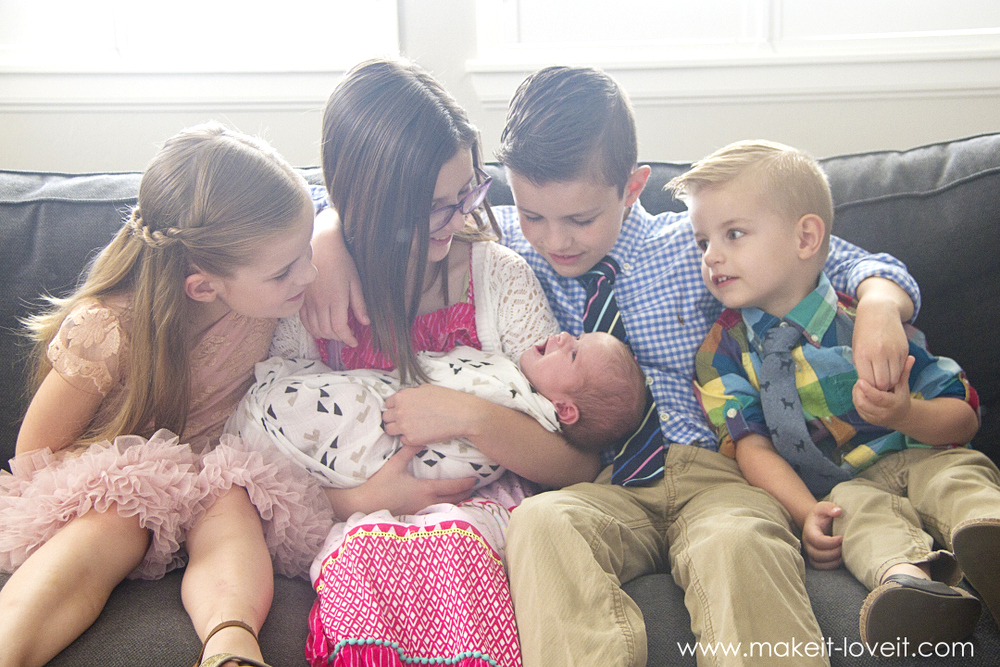 I guess it’s true….the youngest tends to be spoiled.  But I’m okay with that.  And just want to soak in as much as I can. 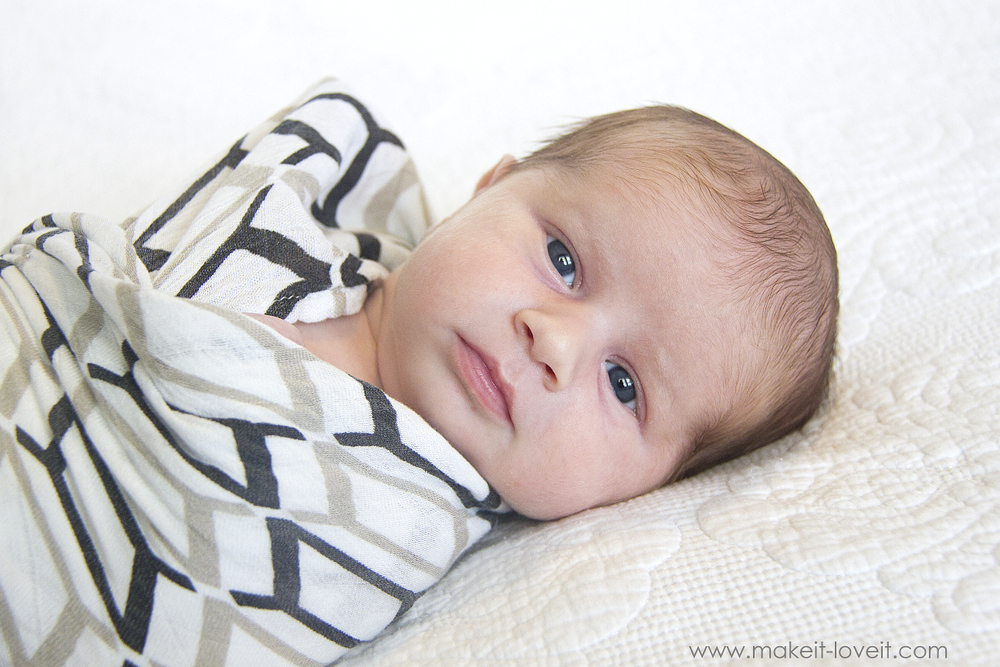 Including these HUGE feet! 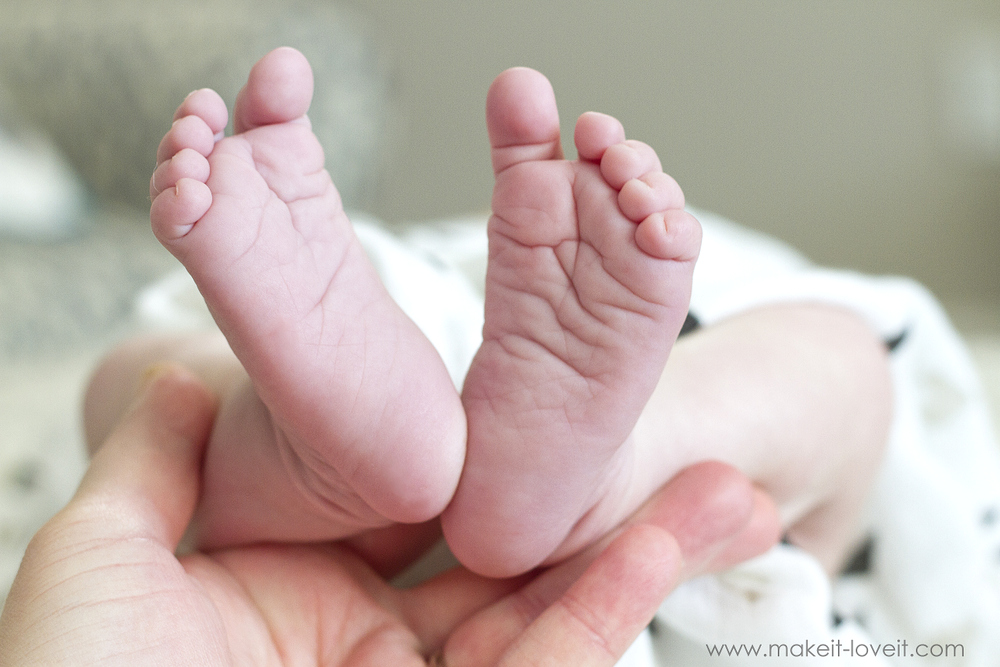 And these suuuuuuuper long fingers! 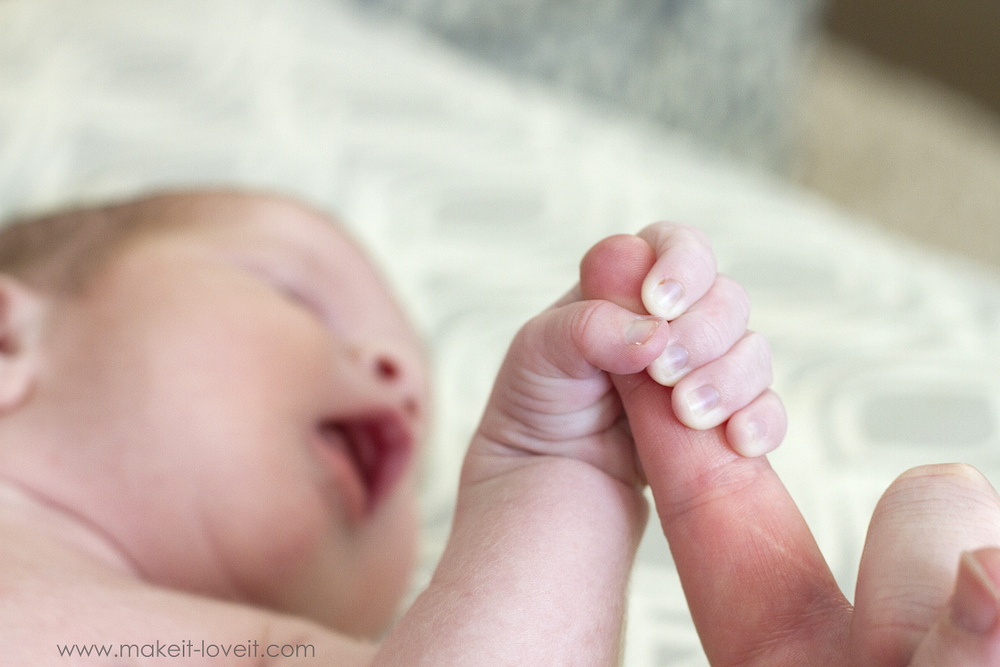 Sweet little Max…..you are such a joy!  And even though your daddy gave you the nickname “Mad Max” in the hospital (probably because they tried a trillion times to put an IV in you one night at the hospital and your veins kept collapsing….and you kept screaming), I just don’t think that name works for you anymore.  Because you are sweet as sugar.  And extremely mild in nature.  And have this entire household wrapped around those cute little fingers! :) 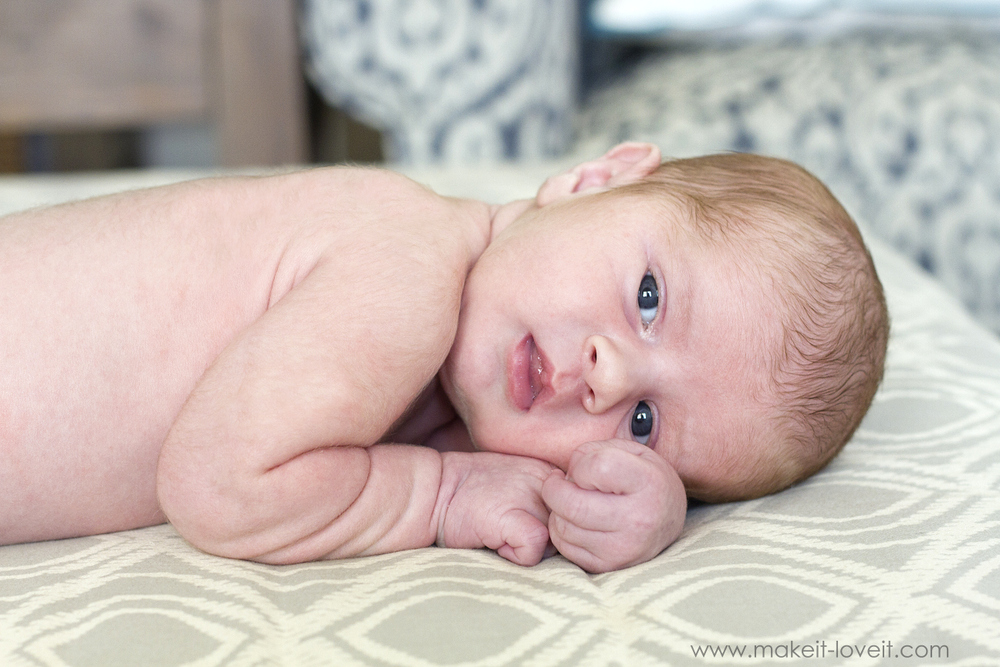 Anyway, thanks again for hanging in there and checking in on me/us, while my posting schedule has been so irregular!  I sure appreciate you all….from all over the world! :)

I do have several things to share with you this week, that I worked on for several weeks before having Max….and have been itching to share!  And then there are so many baby boy things that I have been wanting to show you all too.

Ashley Johnston is a professional DIY costume maker, sewist, crafter, and owner of Make It & Love It. She is a mom of 5 and a wife to a very patient (with my craft clutter) husband. In case you’re wondering, she always chooses crafting/sewing/designing over mopping/dusting/wiping base boards……but bathrooms/laundry/full bellies are always attended to. Whew!
Author Bio Box by HOI
Author:
Ashley Johnston
Categories:
Mentions:
Not Specified
Keywords:
Not Specified
Last Updated:
May 21, 2017 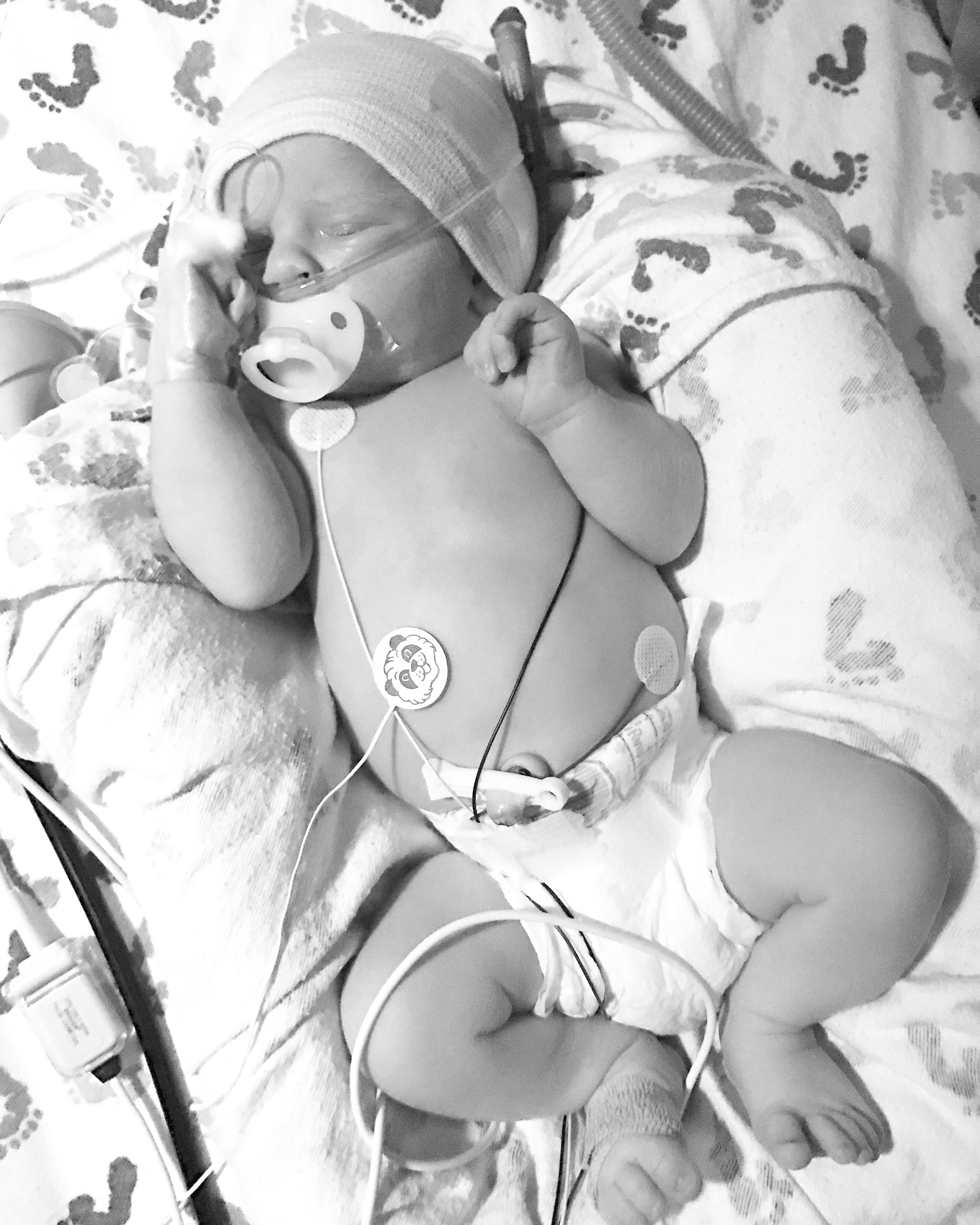 Previous Post:
Our BABY MAX was born!! (…and in the NICU for now) 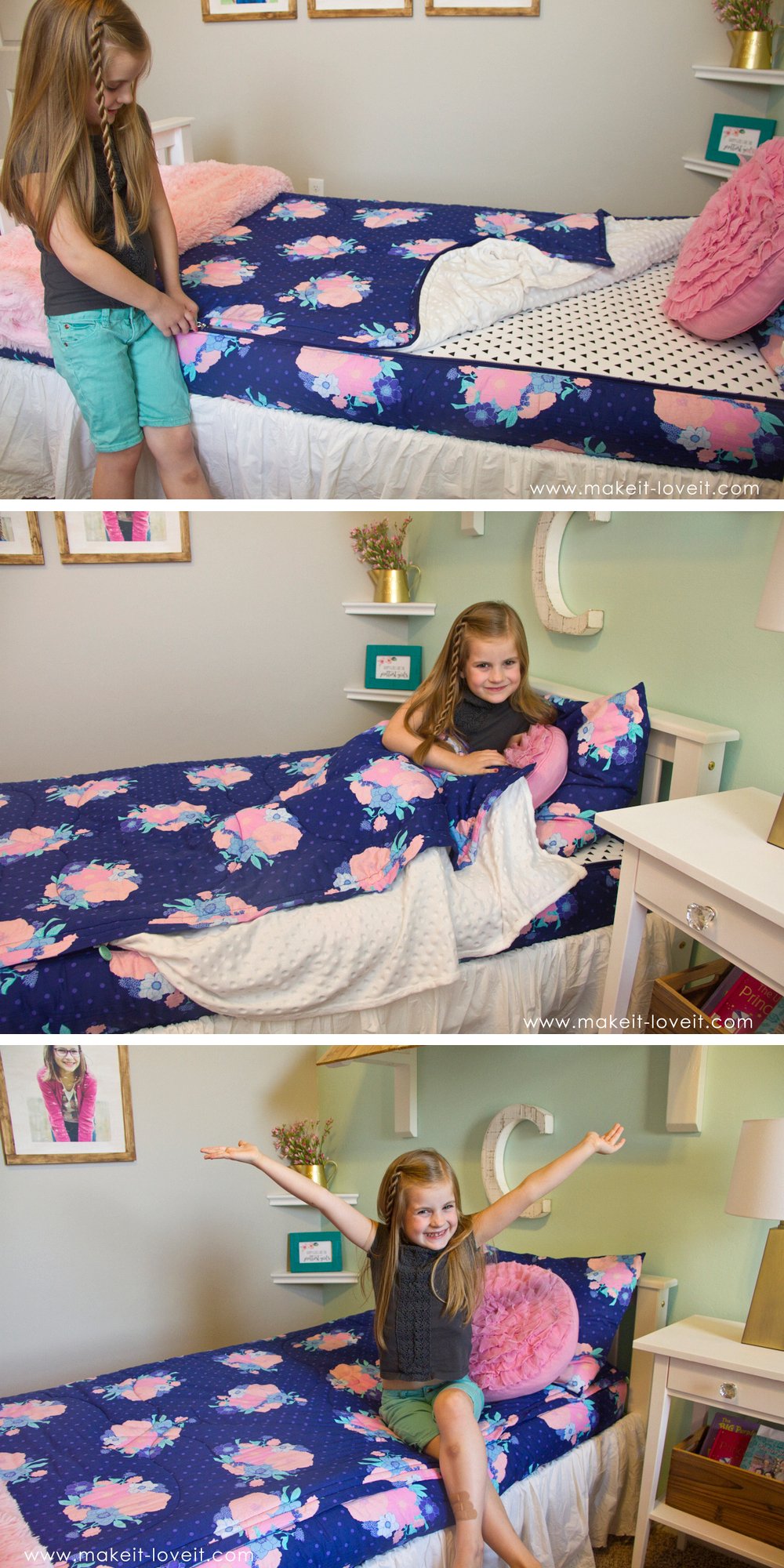 Next Post:
Zipper Bedding for my kids’ beds…..best solution EVER!!