Home » Family » Baking Disaster – Where did I go wrong?

Baking Disaster – Where did I go wrong?

Okay.  What a sad little disaster.

So, Sunday tends to turn into treat baking night with the kids.  At least twice a month.

A friend of mine (Hi Angie!) made some incredible gluten free cupcakes several few weeks ago and they were dee-licious.  Yum.  She found the recipe on this website but I didn’t have the exact recipe that she used…….but I think it was this one.  The recipe seemed simple and I wanted to give it a try.  And I had all the ingredients.  Well, except for one.  Agave Nectar.

Anyway, so I found a conversion that said to use 2/3 cup of agave nectar for 1 cup of sugar.  And the recipe I was using called for 1 cup of agave……so I dumped in 1 1/2 cup of sugar.  But it also says that if you’re substituting agave for sugar, you need to reduce your liquid in the recipe.  But since I was doing it the other way around……I added some liquid.  A 1/4 cup of water.  That was just a shot in the dark.  I have never used agave nectar but I think it’s thick.  Like karo syrup?  Maybe?  Anyway, so I didn’t think I needed too much liquid.

Anyway, my kiddos helped me scoop the batter into cupcake papers and I placed the pan in the oven.  After about 18 minutes at 350 degrees (F)……I smelled something burning.  I looked in the oven and OHMYGOODNESS, the batter was over flowing every single cupcake paper and was spilling over the edge of the pan.  My first thought was that I filled each liner too full.  But I only filled them 2/3 full.  The cupcakes were definitely not done so I slid a cookie sheet under the cupcake pan to catch the drippings (even though plenty of batter was on the bottom of the oven, burning away. Eek!) but I wanted them to at least finish cooking so we could have a little something to snack on.  Misshapen or not. 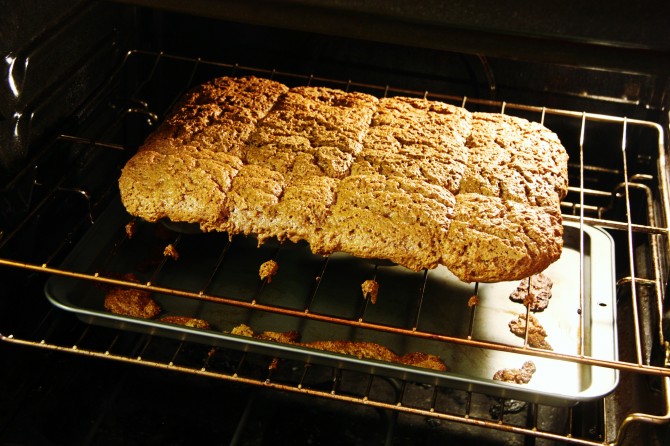 The minutes were ticking away and the smoke kept trickling out of the cracks of the oven, little by little.  I kept opening the oven every few minutes, just to see if there was anything on fire…..because we wanted our cupcakes dang it.  And the smoke was just the batter drippings burning off the oven bottom and racks.  So it was fine.  I kept poking at the cupcakes and they just weren’t firming up.  It was so weird.

Finally……..I gave up.  And pulled these suckers out.  Once they were out of the heat, they kind of, well, popped.  The centers were completely hollow.   Have you ever seen such ugly little cupcakes? 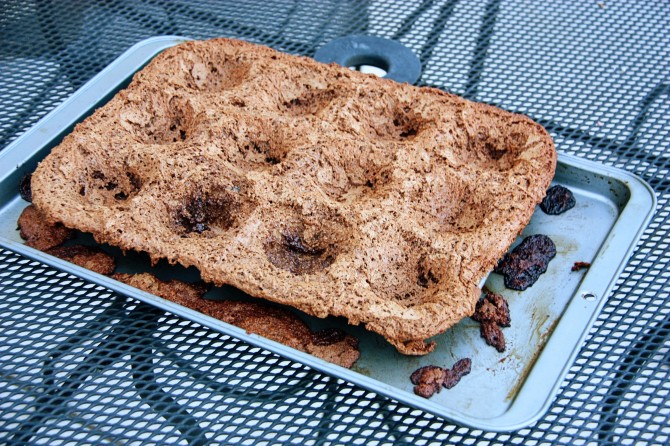 Let me first say that I don’t think it was one bit the fault of the recipe. 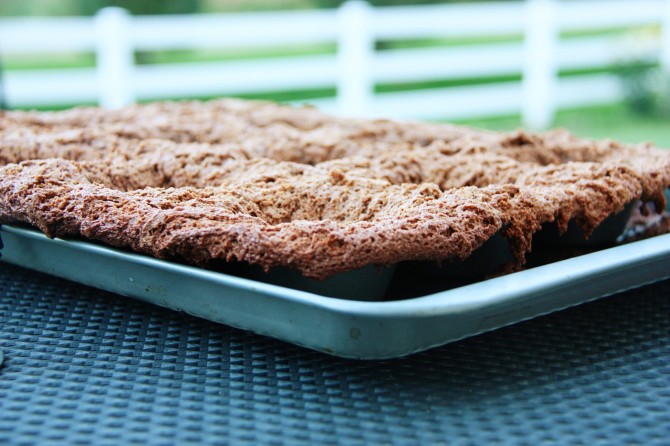 And I cook gluten free all the time because that’s how I eat……..so I cook with weird flours and ingredients pretty often.

But was it really because I messed around with the agave nectar ingredient?  Was it not enough liquid?  Too much?  I really did only use 1/2 teaspoon of baking soda.  And yes, only 2 eggs.  Those seem like the 2 reasons it could have really bubbled over like that…….and I know I used the right amounts of each.  So the only thing I can think of is the agave substitution.  I also haven’t used almond flour very much.  But when I made some cookies with almond flour a few weeks ago, they were really flat……not super-charged and bubbled up.

I told my little guy to give them a whiff… 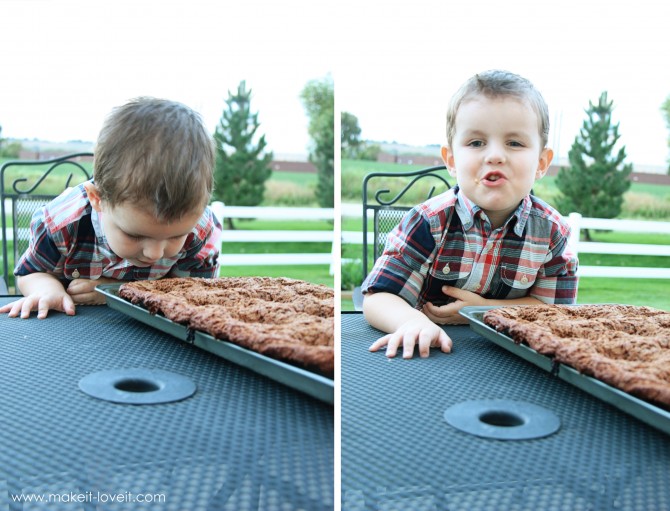 And then told these guys to make their saddest boo-hoo-our-cupcakes-are-ruined faces. 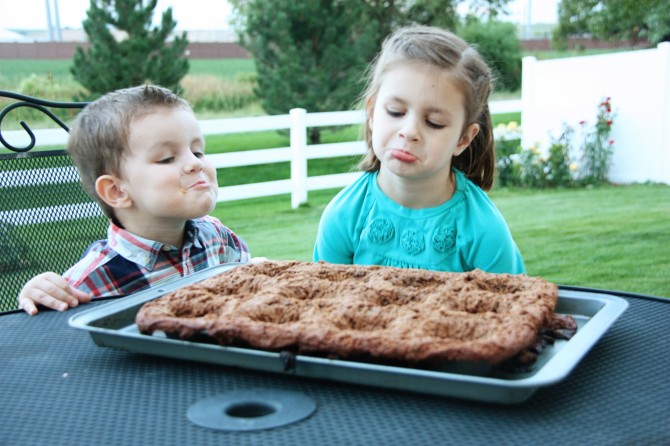 Yeah, I was sad too.  These were supposed to be a yummy Sunday night treat. 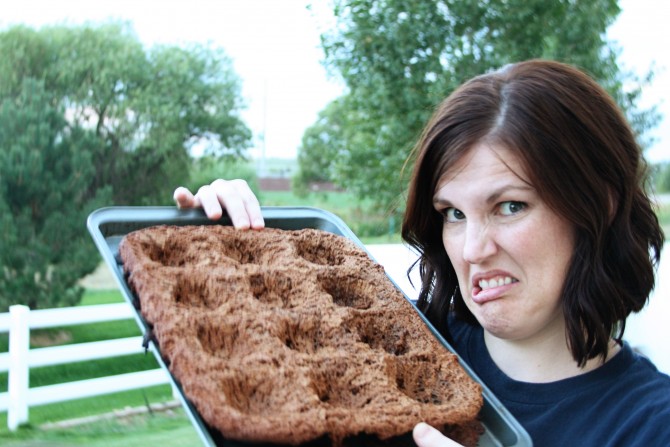 But ruined or not, we were going to taste our Sunday night treat, dang it.  Turns out, the centers were slightly soft under that crusty top layer. 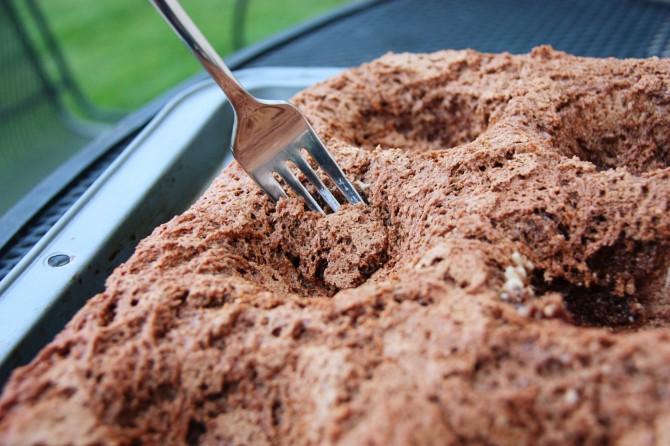 ………and if you dipped it into the peanut butter frosting, which I made using the Martha Stewart recipe here (which was ohmygoodness……so delicious, after I tripled the sugar.  What frosting recipe only calls for 1/3 cup of sugar?!!)  it wasn’t so bad.  It tasted like a chewy/crispy brownie. 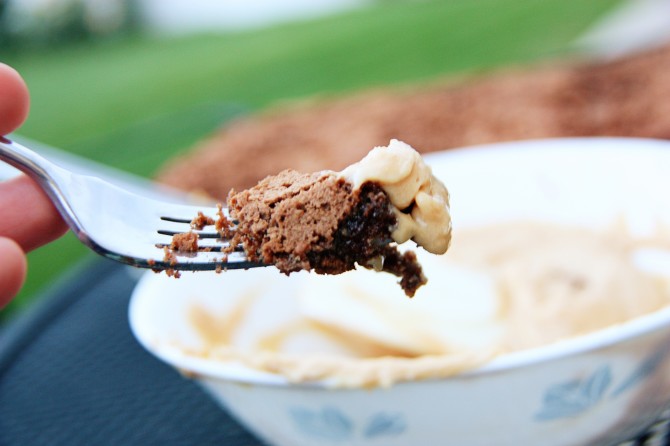 So we enjoyed a few bites of our disaster treats, and called it a good Sunday night. 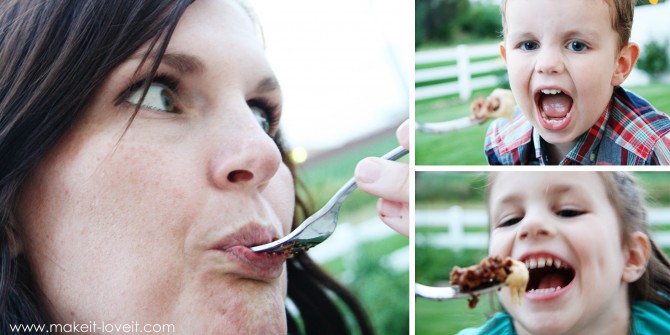 Any ideas?  Did my agave nectar conversion really ruin it?  Or maybe I had a bad batch of almond flour?

Hmmmm…..wonder if it was my addition of water.  No clue.

After the 4 hour long self-cleaning session (which roasted the house), our oven needs a rest.

I’ll stick to crafting this week. 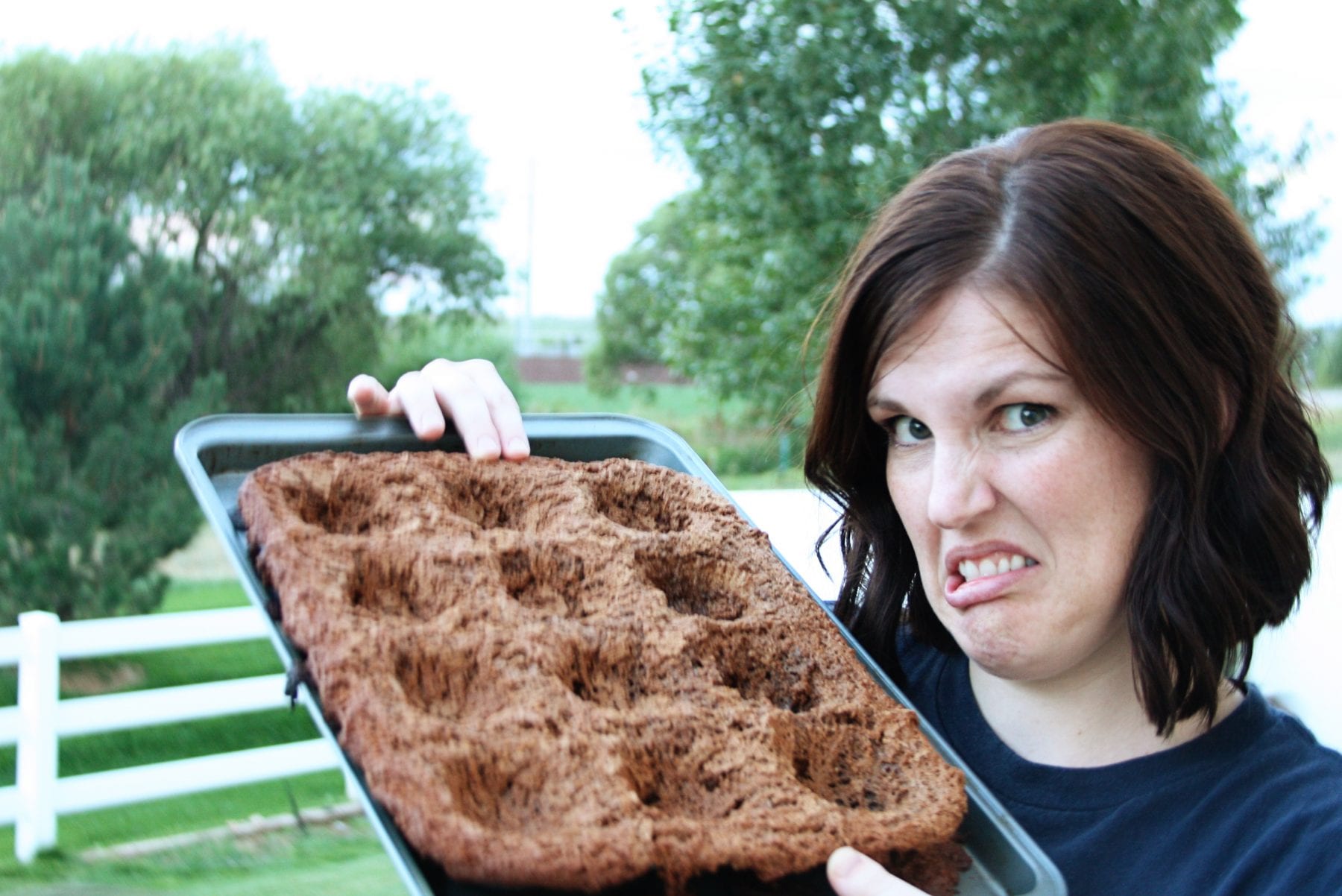 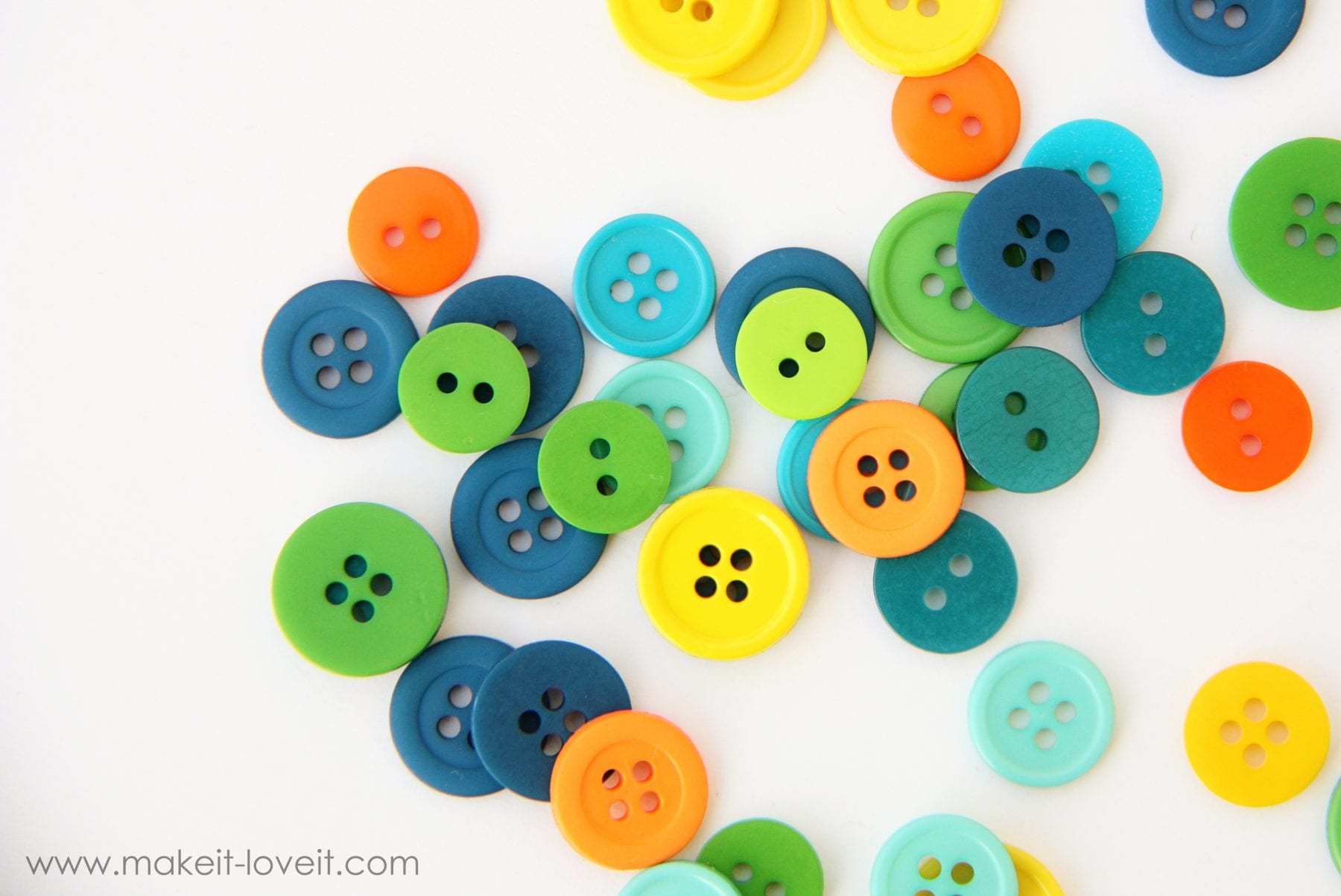 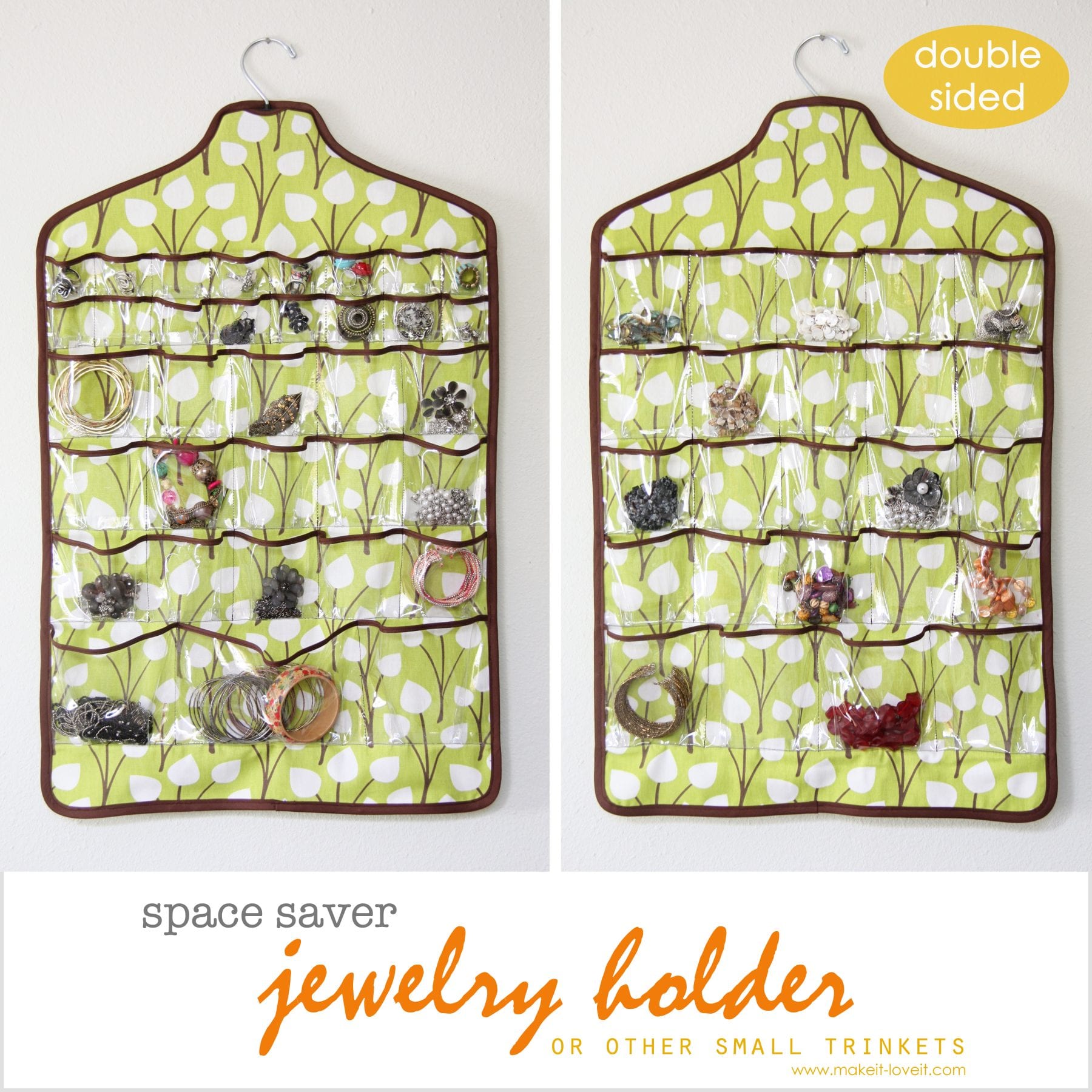