I mentioned last week that we had a fun little Father’s Day gift we were working on…..but then the whole fire thing happened.

But that’s okay…….it’s now just a belated Father’s Day post.  However, every father also has a BIRTHDAY!  So let’s just pretend this was meant for BOTH. Ha. :)

Well, those were my exact thoughts……so I bought some (really cheap off amazon).  And gathered some fine tipped permanent markers.

And let the kids Go. To. TOWN. 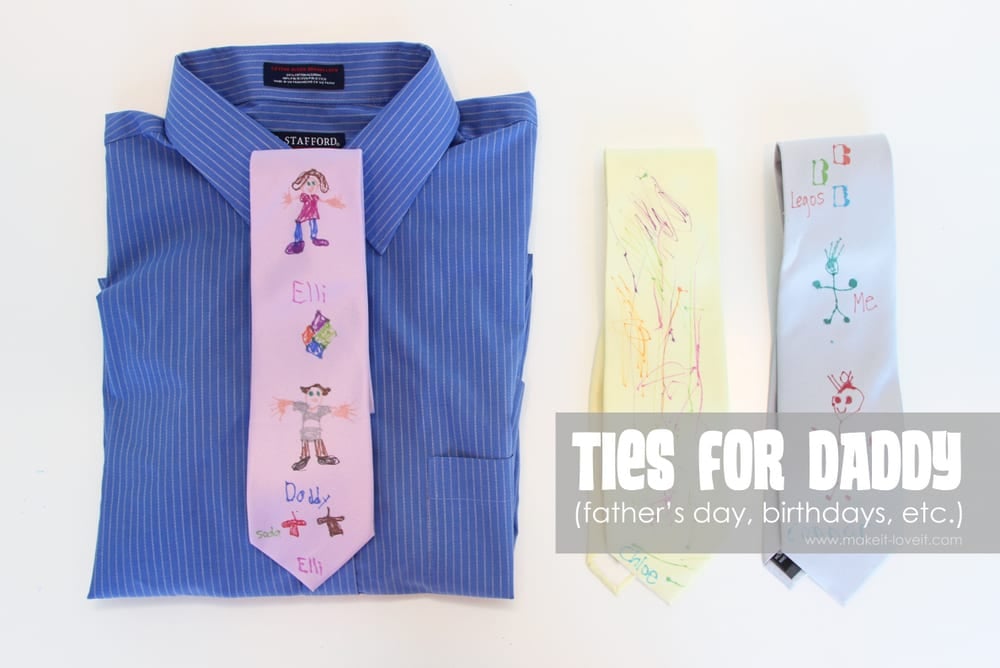 And because I wanted Steve to always remember from what occasion he received these little beauties: 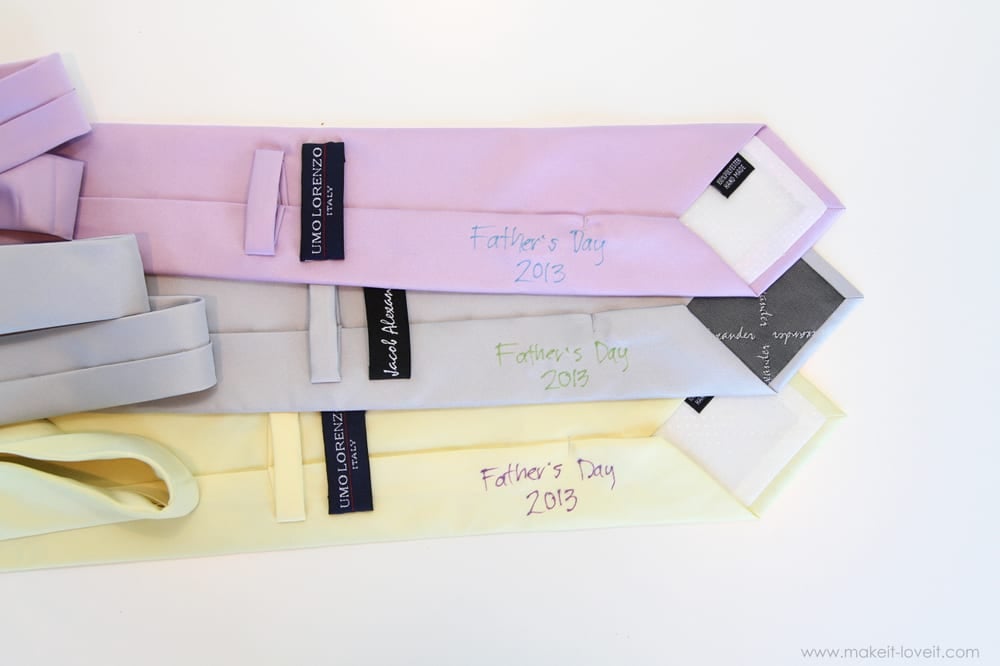 (Yeah, I wish I could blame that messy handwriting on one of the kids.  But nope, that chicken scratch is mine.  I should have practiced that a bit.  Hey, I’m just going for genuine here. :) )

The ties were super cheap ($5 each from Amazon) and the markers were the fine tipped variety…..to minimize bleeding. 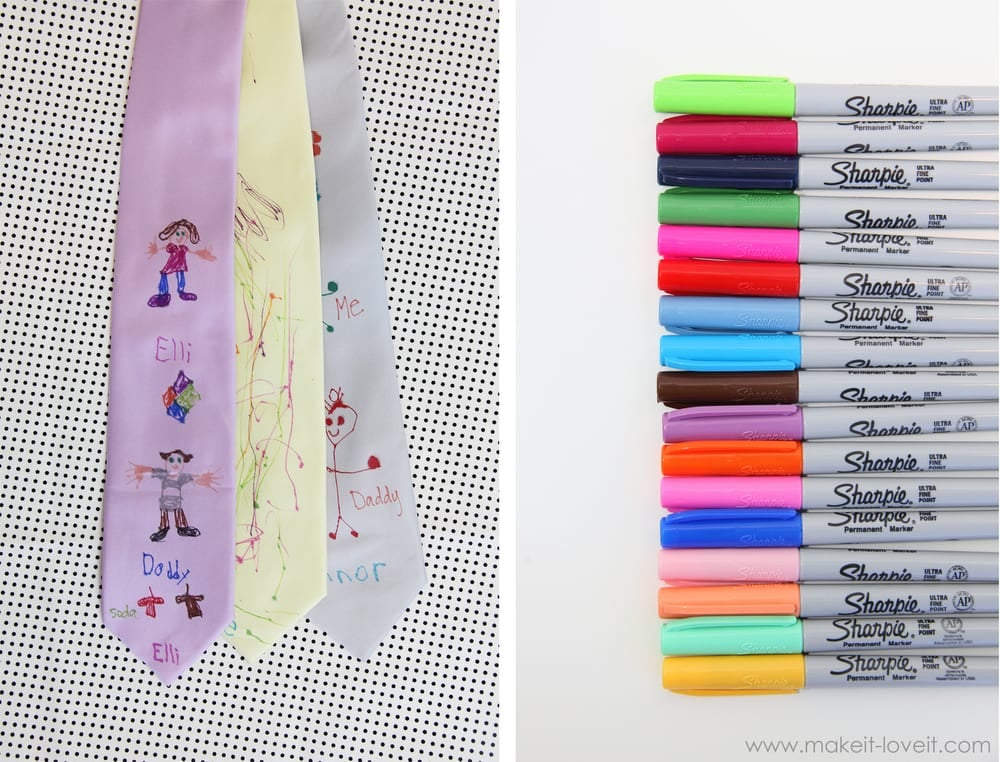 And you know what??  The kids had a BALL!  Especially little Chloe.  I think she thought it was funny that she was drawing on a tie…….and she did NOT want to stop.  I had to pry that marker out of her chubby little clenched fist.  (And if Steve finds some of his other ties with marker on it…….it’s totally my fault. ;) ) 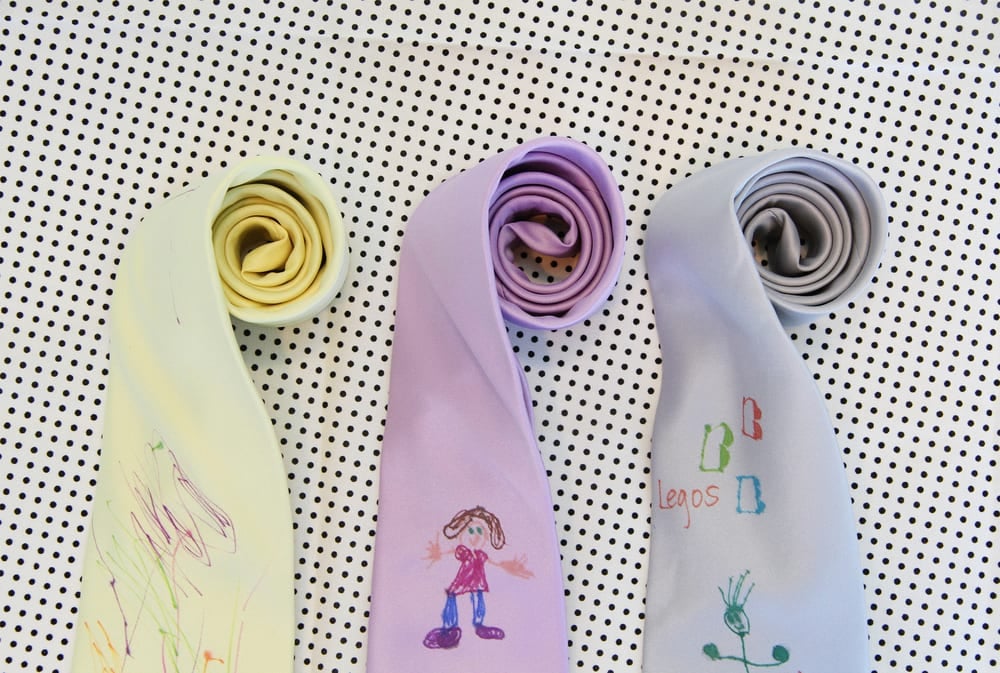 There’s not much to this project.  However, something that helped, was to trace the tie onto paper… 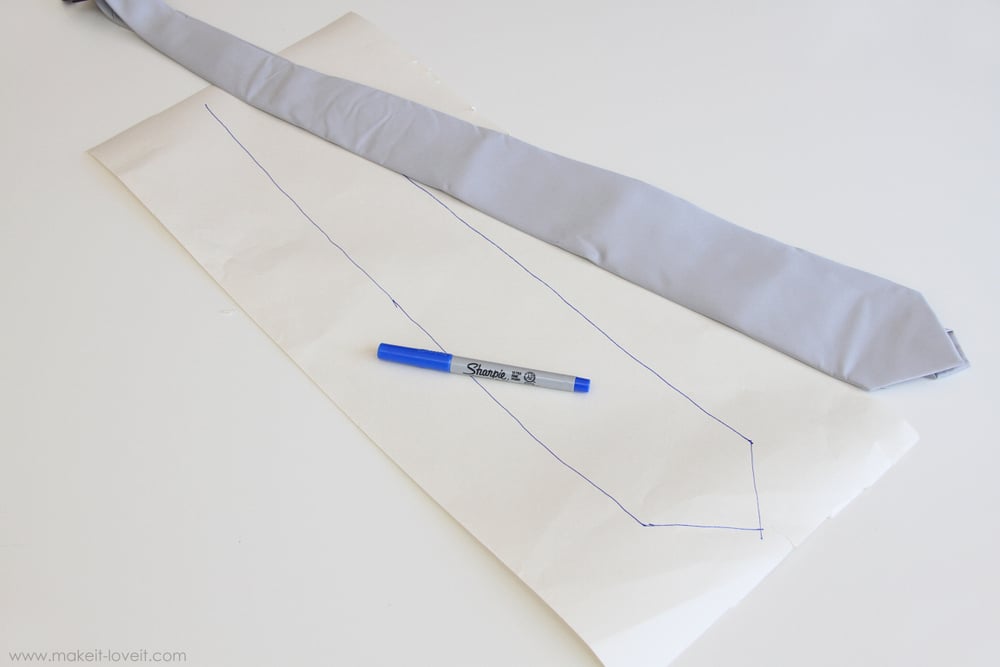 …and then let the kids practice exactly what they want on the tie.  That way, they can space things out and get an idea of how large/small they need to draw their pictures. 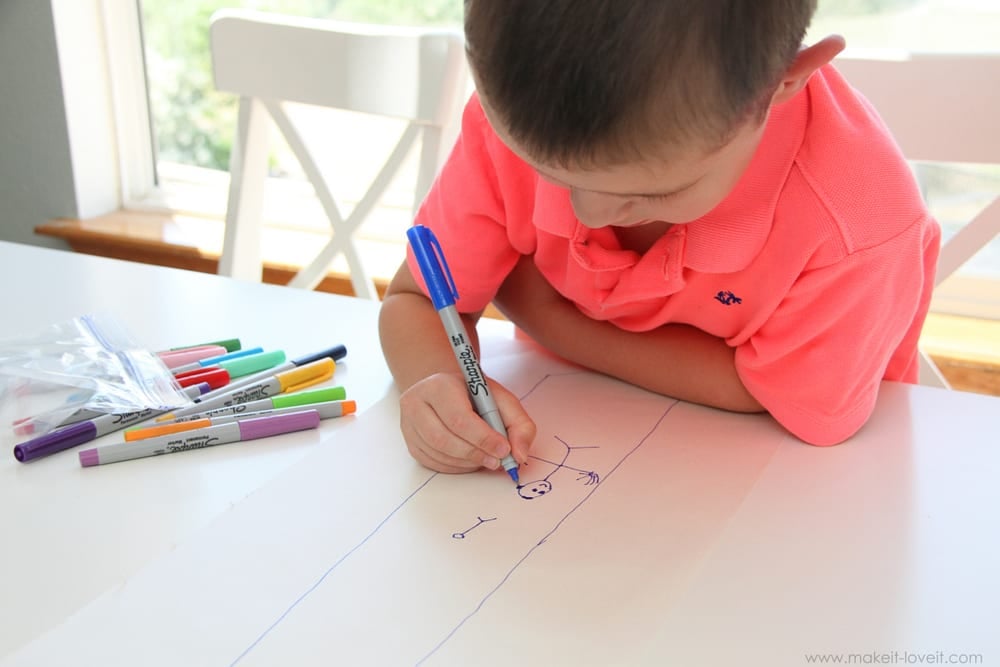 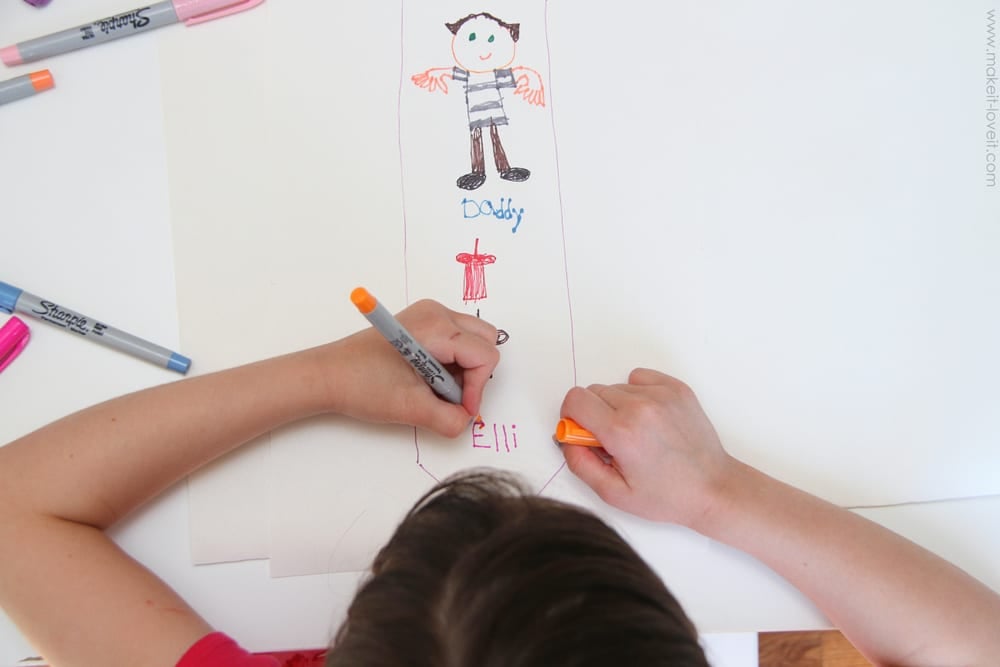 Then, set their sample paper to the side (for reference), put the tie down on their work space (with some paper beneath the tie so that they don’t slip and mark on the table) and let them draw their little hearts out. :) 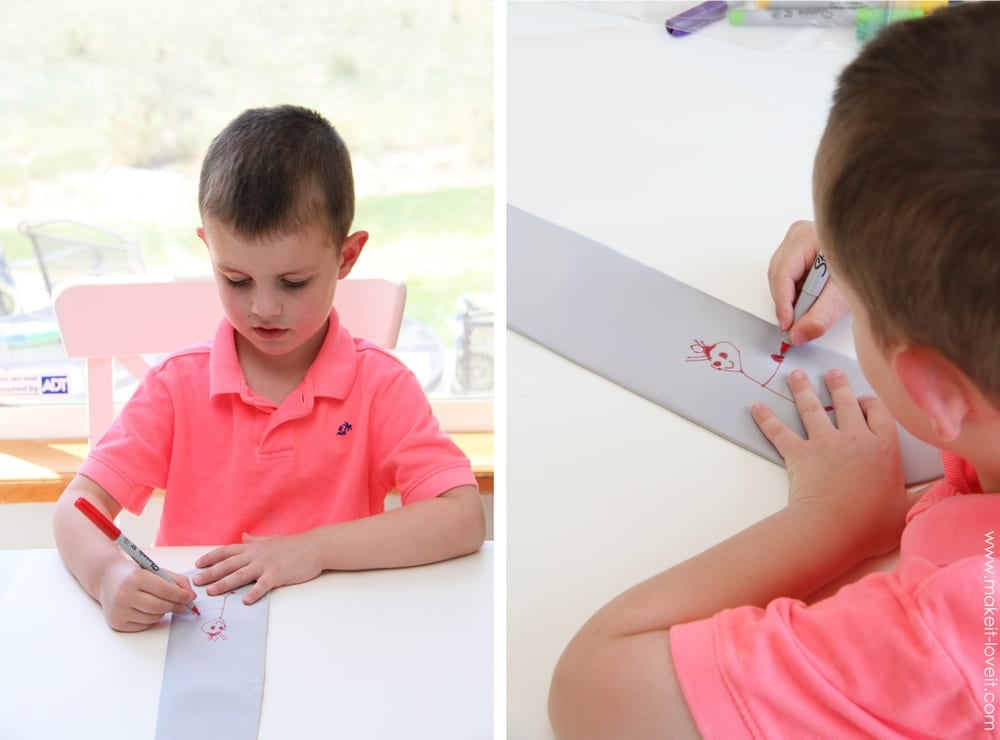 But really, let them draw whatever they want.  It was pretty fun to see what they wanted on daddy’s tie.  (Like the Legos Connor drew for daddy.  That kid LOVES playing Legos with daddy!) 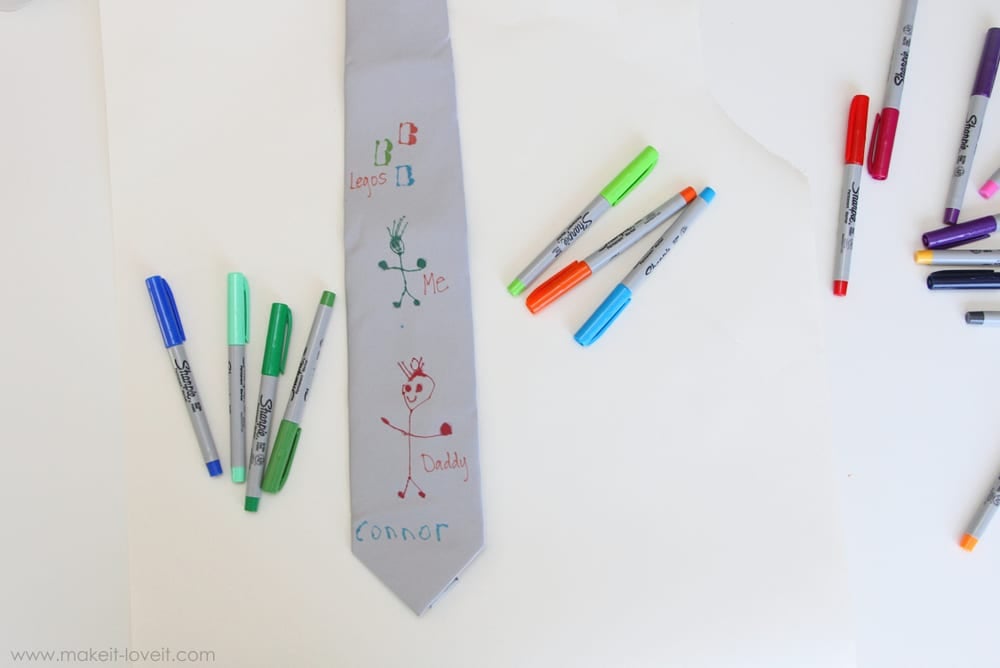 And for little ones like Chloe (who’s 2), don’t even bother with the practice sheet.  Just give them some markers and guide them a bit.  They’ll soon understand and won’t have a bit of trouble scribbling all over something.  (And yes, I told her over and over again that this was a special tie and she can’t draw on any of daddy’s other ties.  Or anything else other than paper, for that matter.  So far, so good!) 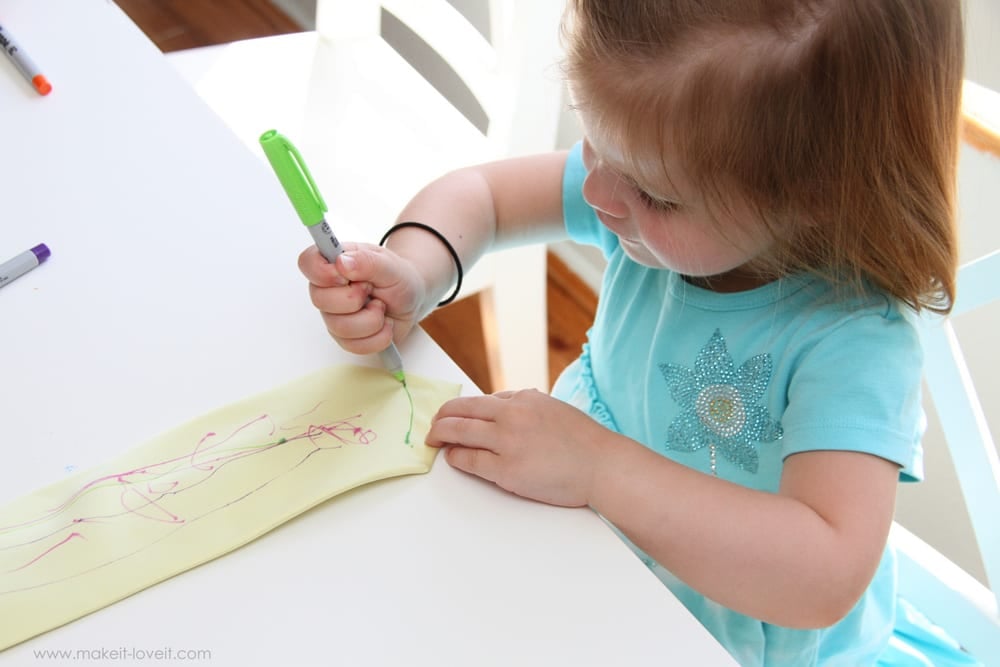 Now daddy has some real treasures that he can wear to church, work, etc.  And the kiddos will beam when they see their creation around his neck. 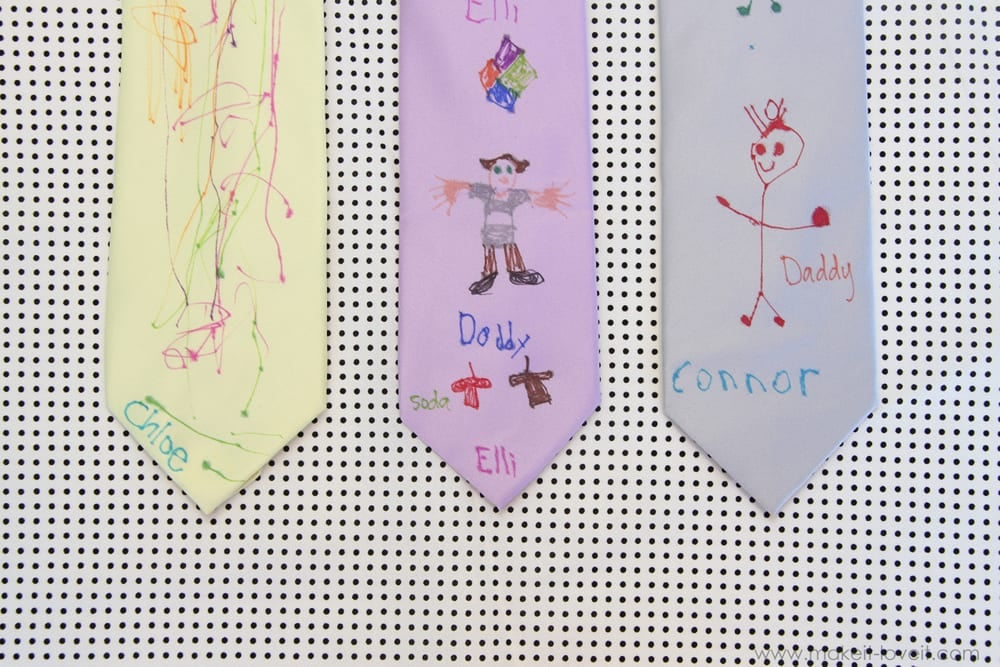 And enjoy your weekend!

(We’ve got some doors to hang, trim to attach, and more walls to paint.  Wanna come and help? ;) ) 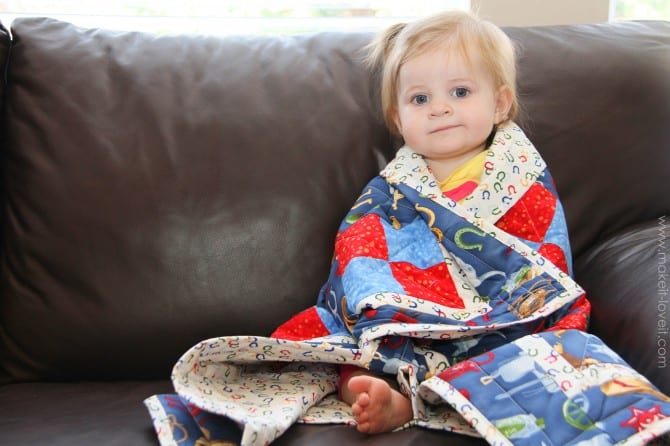 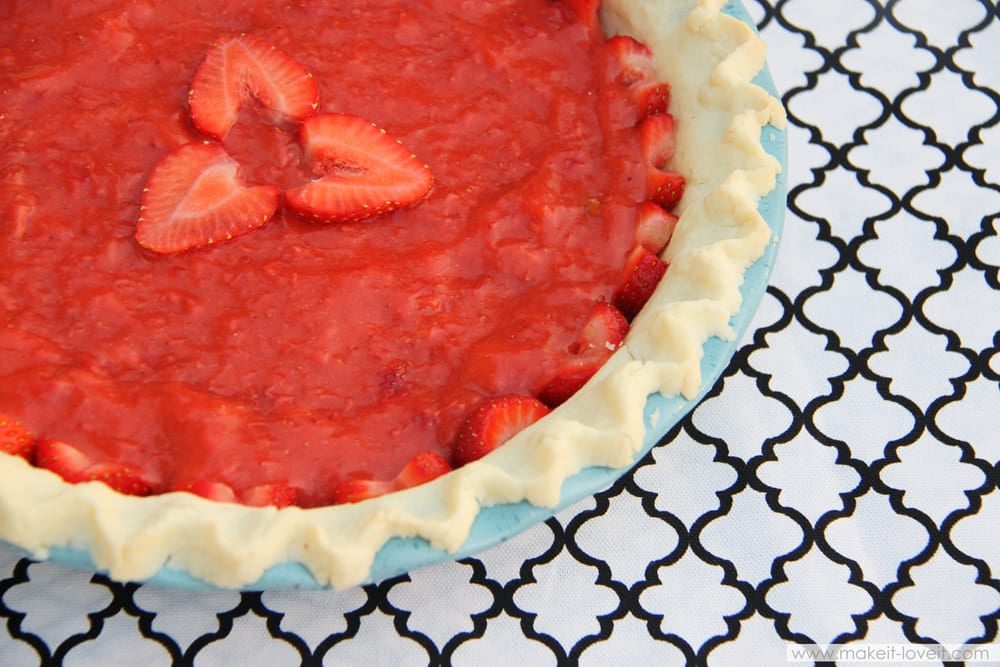