I am constantly trying to convince my kiddos to eat more vegetables.  They love fruit and will eat just about any type…….but veggies?  Ugggh.  They cause me some serious grief.  So I have been trying to be a little more creative lately.  I’ve been hiding it in recipes, disguising it, and even telling them tall tales about super heroes who gain strength from eating extra veggies at dinner time.

Ranch dressing is hit or miss in our house.  But give them a stalk of broccoli doused in chocolate?  Sold.  Every time. 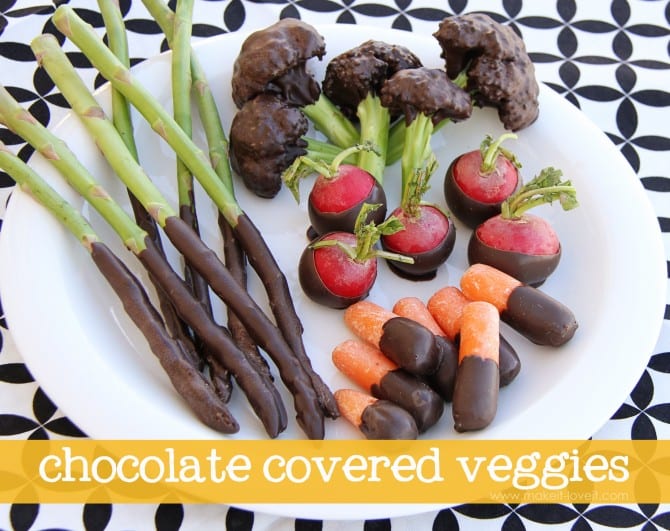 All it takes is a second to dunk all of our favorite veggies in rich chocolate……. 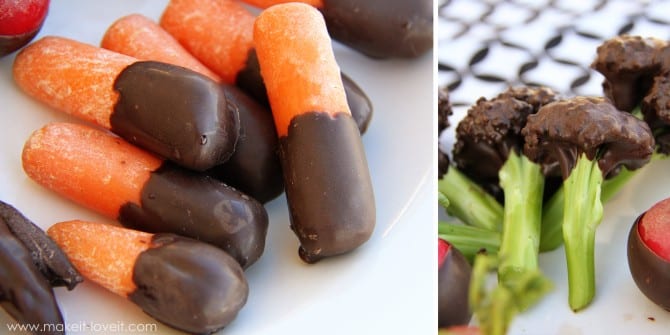 ……and then there’s no more fighting my little monkeys to eat their vitamin rich veggies.  Success. 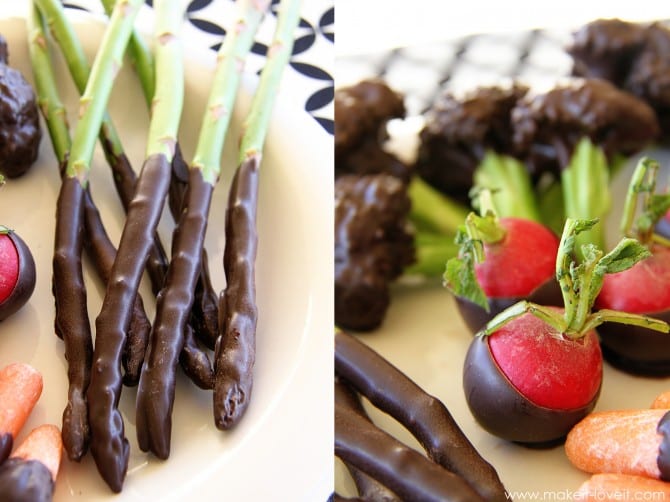 I know, it sounds weird.  But really…….it’s strangely addictive. 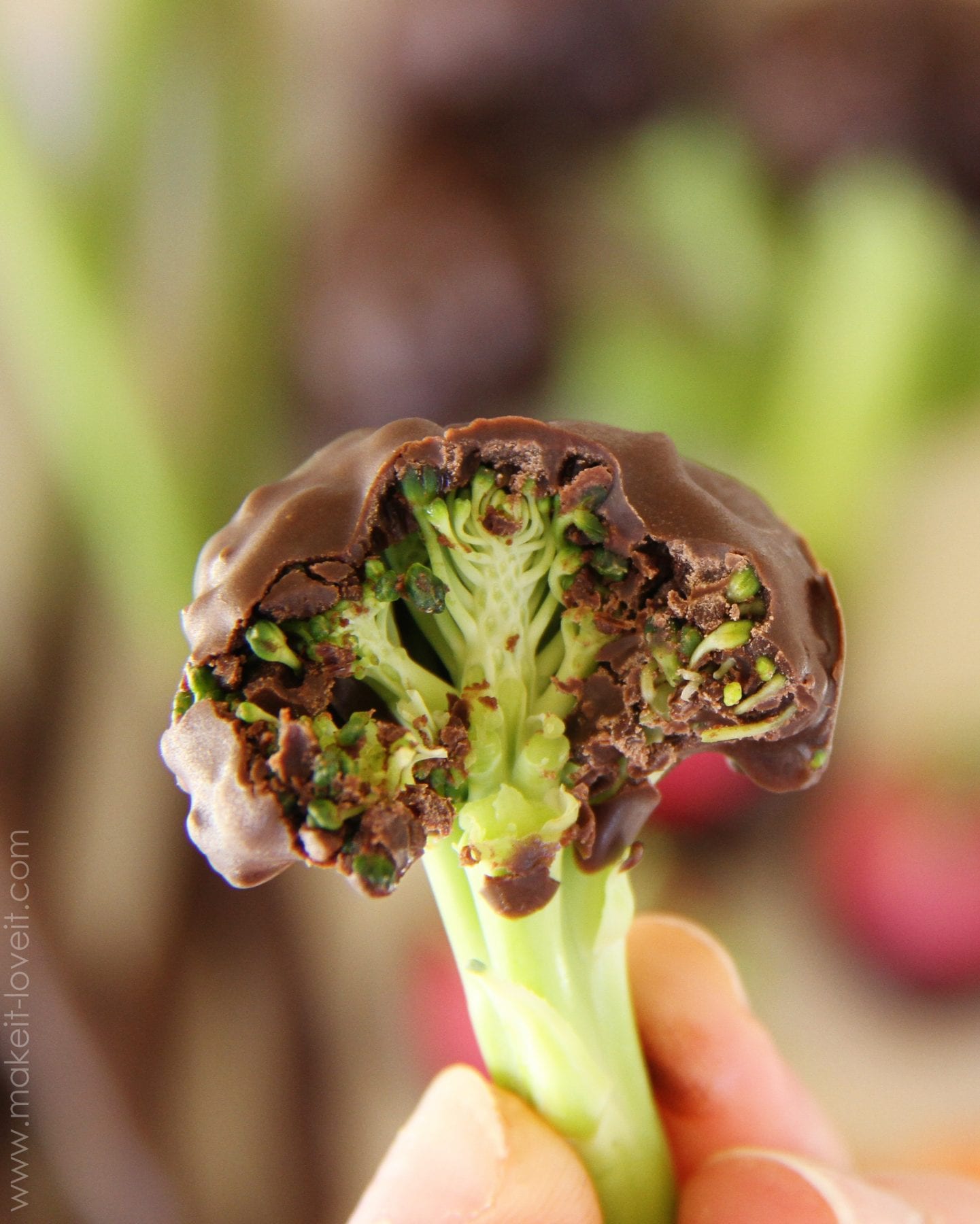 These are some our favorites……but I’m sure any type of veggies would be delicious. 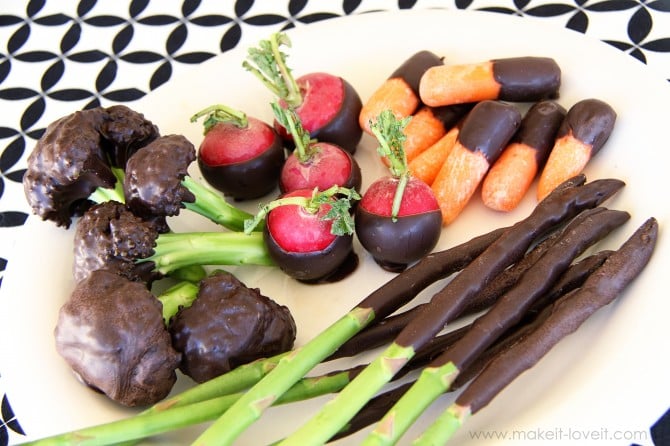 But don’t take my word for it, this face says it all. 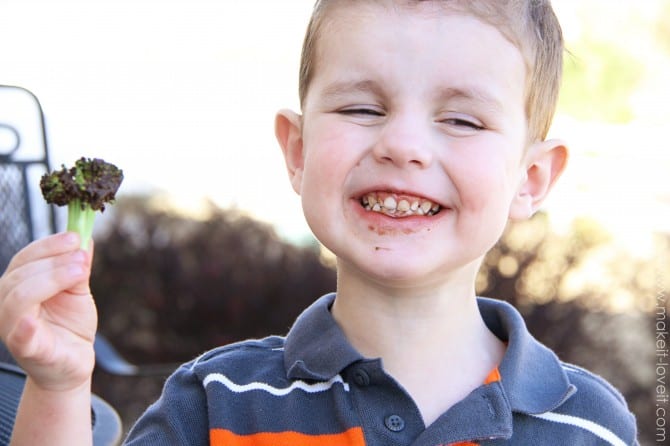 Would you like to test out my tried and true chocolate veggie recipe?

Scroll down for the full tutorial…

Ha…….I can’t help it.  I love a good trick.  Even if some of you may have known all along.  You know me, I can’t pass up April 1st and all of the trickery.  Ever.  (Except when it falls on a weekend and I’m not blogging…….so then I save it for April 2nd.)

But really?!?!  Chocolated covered veggies??  Ewwwwww.  That broccoli picture up above was bitten into by my very own mouth………but ick, I spit it right out into a nearby flower pot.  Gross.  I couldn’t even finish chewing.

However, some of what I said above was true.  Wanna hear something strange?  My kiddos actually liked all the veggies.  (Except for the radishes.)  I gave them both broccoli, with my camera in hand, ready to take some “ha, this is how horrible they tasted” pictures.  But that failed.  Here’s what actually happened:

This little lady was curious at first. 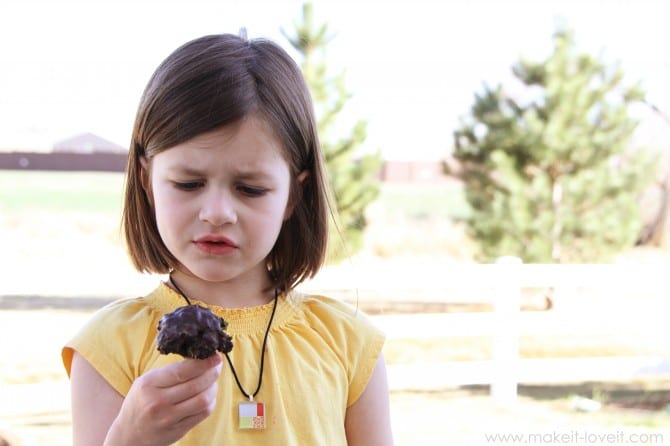 But then dug her little teeth in……and actually loved it.  Right away. 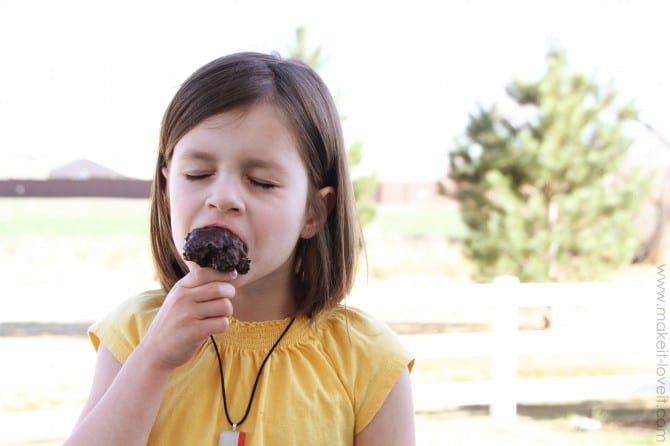 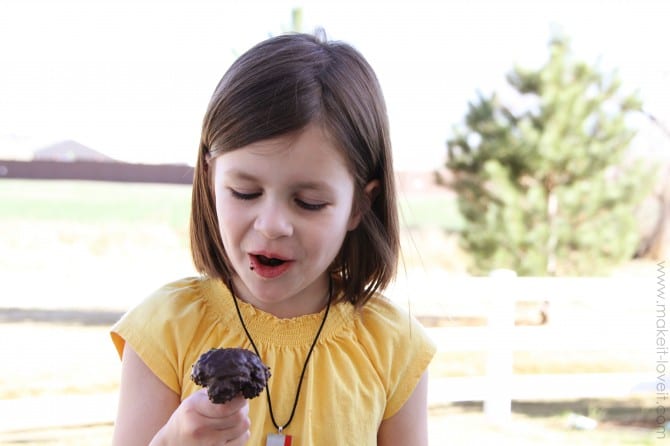 And then this little guy was sure it would be terrible so was hesitant to give it a try. 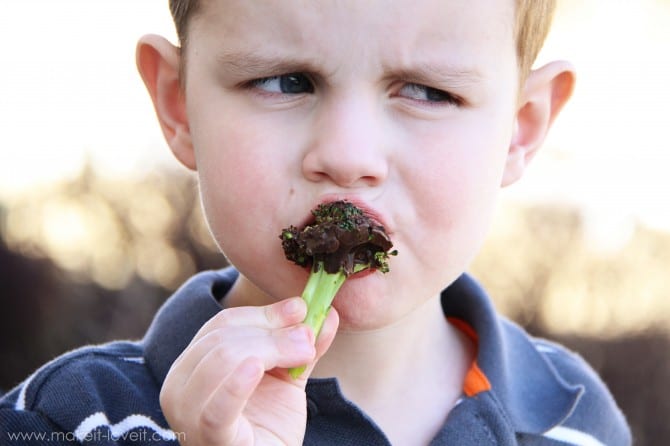 But he finally gave it a little nibble…….and then, ha, I couldn’t believe it.  He loved it too!!!! 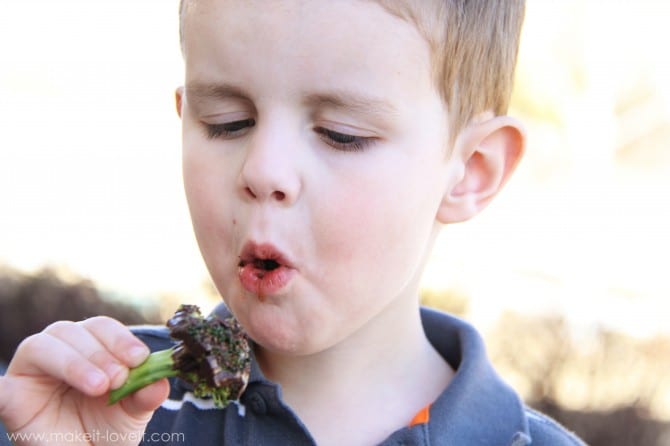 My kids are strange.  Don’t believe them for one minute……..it was gross.  Well, the carrots were manageable.  But ugggh, that broccoli was terrible!

I couldn’t even get them to take a believable “ewwww, this is gross” picture.  Little turkeys! 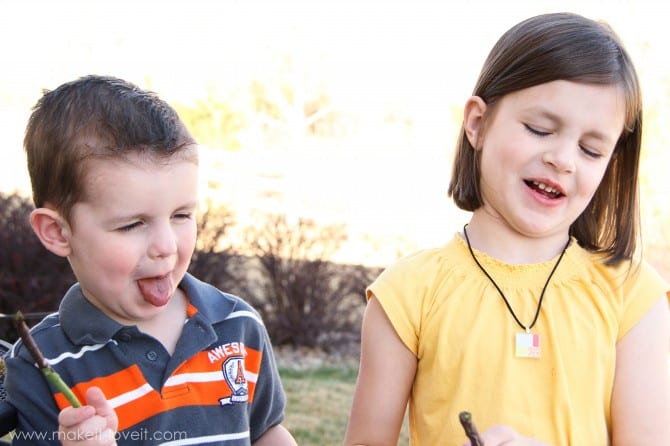 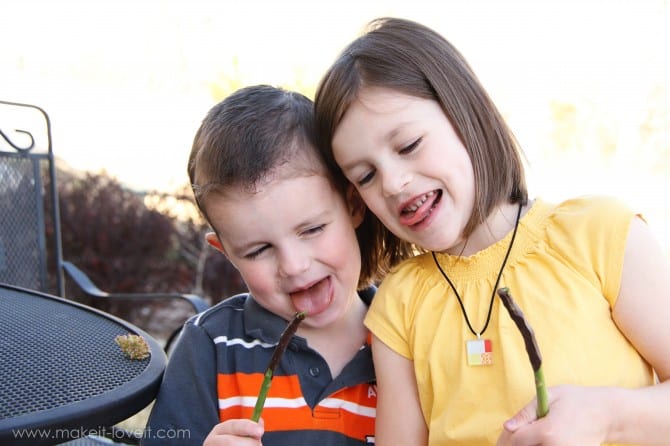 (Oh, and for the record, my kiddos actually do pretty well eating their veggies.  I totally lied about them hating them at the beginning of this post.   Broccoli is actually the number one veggie in our house.  Even the baby loves it!)

So even though my kids sort of ruined the gross factor of my April Fool’s joke………..it was still gross.  Don’t let my kiddos fool you. But hey, the best inventions are thought up on accident, right?  If you start seeing Chocolate Covered Veggies popping up in recipe books, you know where you saw it first!  ;)

Oh, and in case you’re new around this blog, here are a few April Fool’s Day posts from the past.  (I kinda love doing them.)

Last year I pretended that I had the best idea to tie fabric tassels and a bow to my toilet.  Ewwwww. 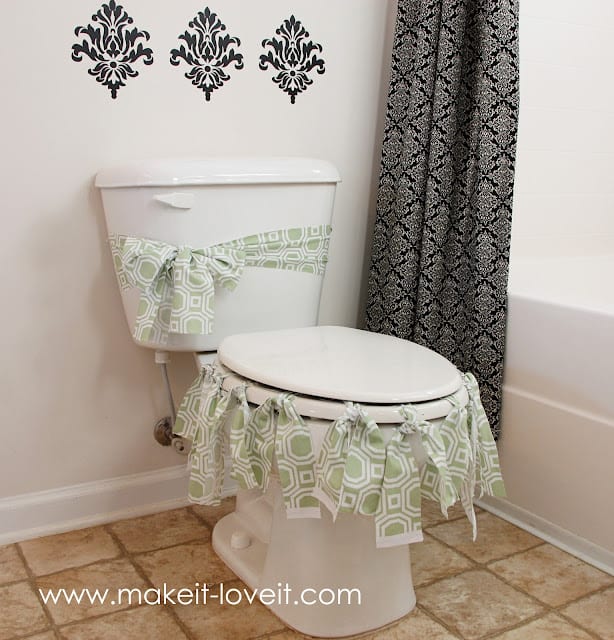 And then 2 years ago, I acted like attaching ruffles and such to my pots and pans was the best idea ever.  Ha! 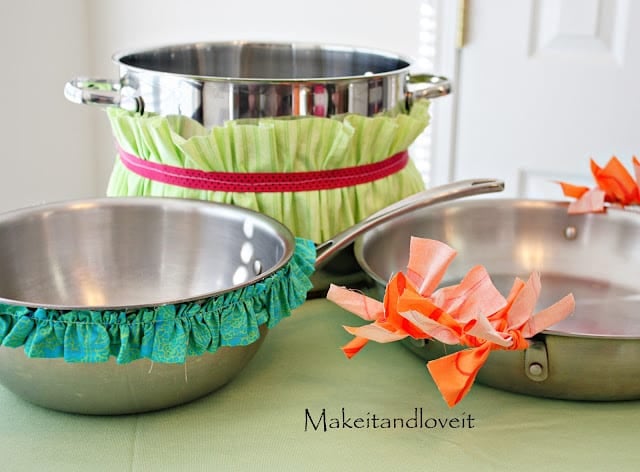 I hope you all made it to the end of this post.

(Without fail, I always have some who read the title of my April Fool’s Day posts or just see the first few pictures, and then quickly click away…………figuring I’ve finally run out of decent ideas.  Ha…….that always cracks me up!)

Hope you pulled off some great pranks yesterday. ;) 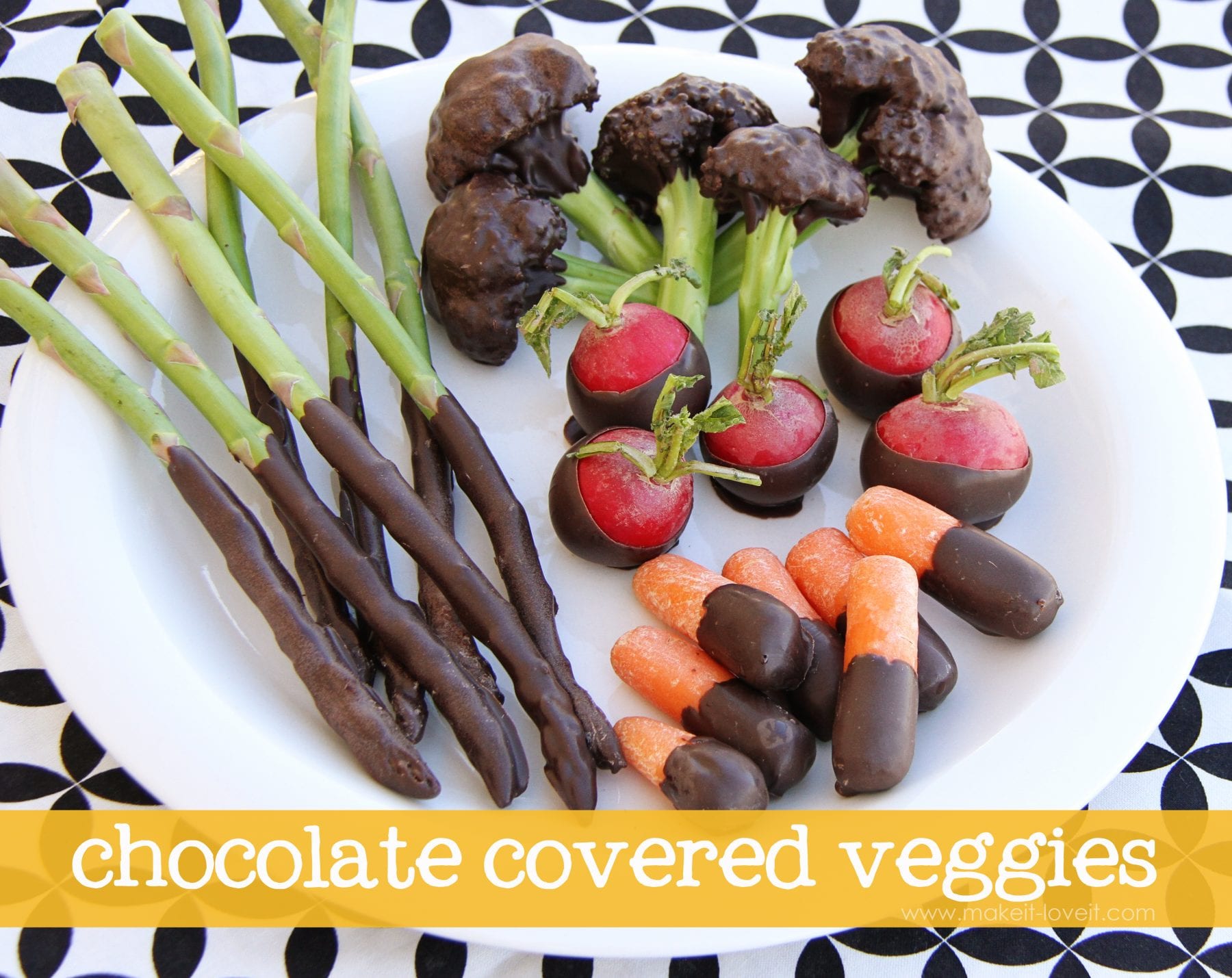 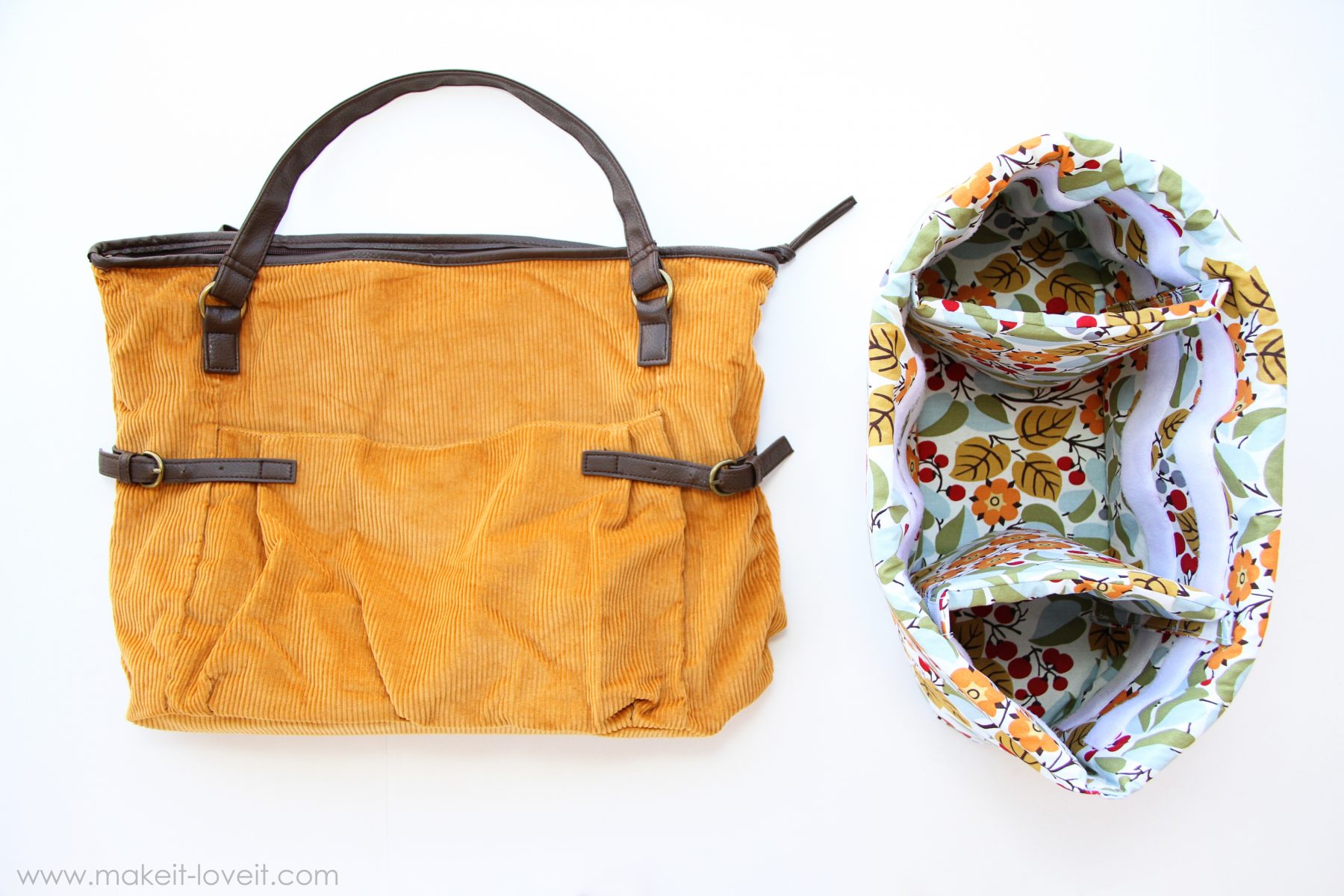 Previous Post:
Turn a Purse into a Padded Camera Bag 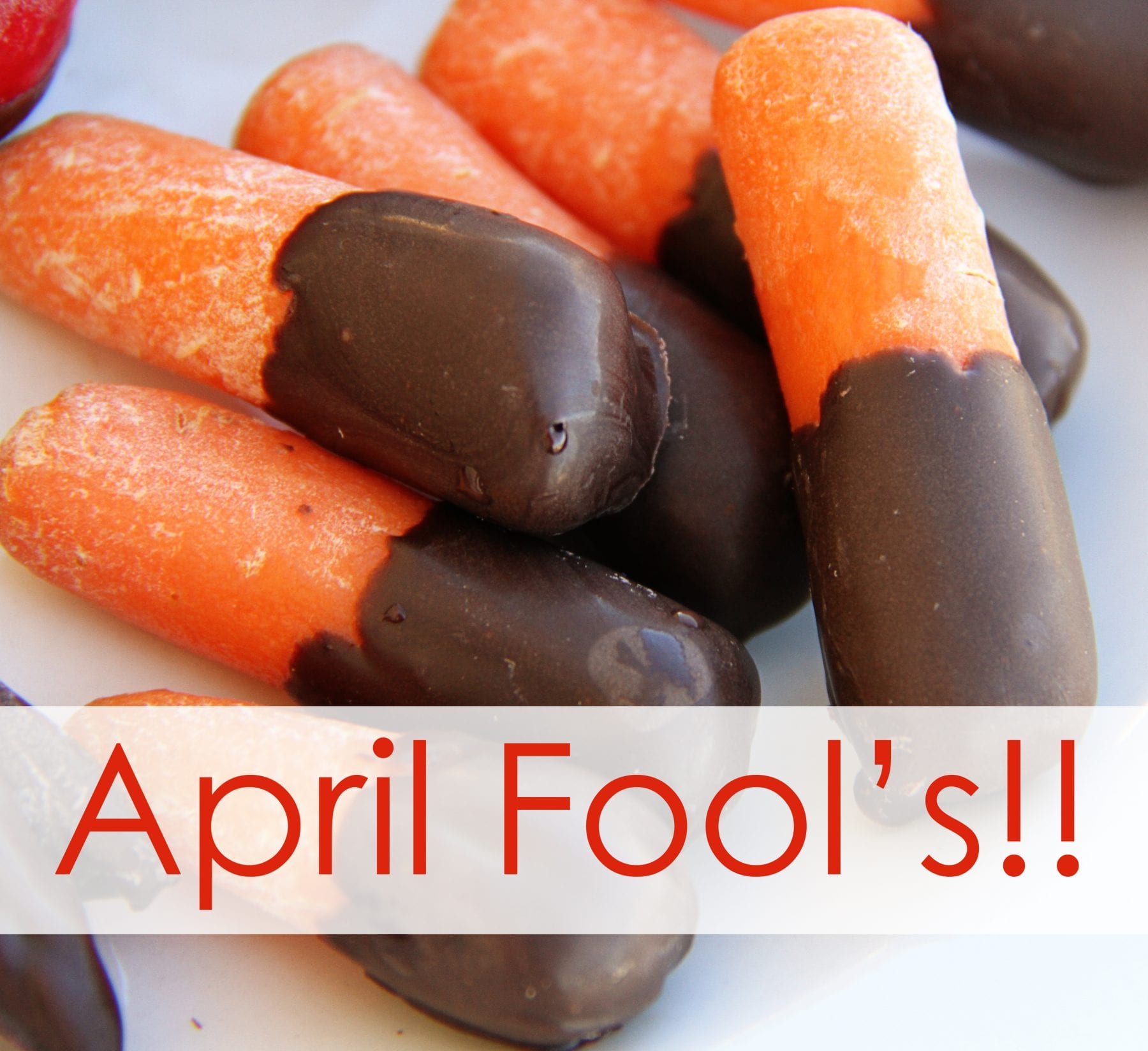 Next Post:
Did you catch my April Fool’s trick yesterday?