I finally added something to that wire basket on our entertainment center.
It was shouting at me to fill her up.

With some hemp ball accents.

All snug in one place.

I found some thick hemp cording at Wal-Mart in the craft section……or maybe it was with the jewelry supplies. I also found 4 inch styrofoam balls there as well.

I started by smashing one end of the cord into the styrofoam ball, nice and flush with the surface of the ball………..so that I wouldn’t have a lump after I started winding. 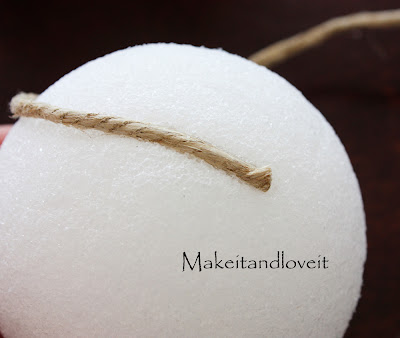 Do you see from the side that it’s pretty flat against the ball? 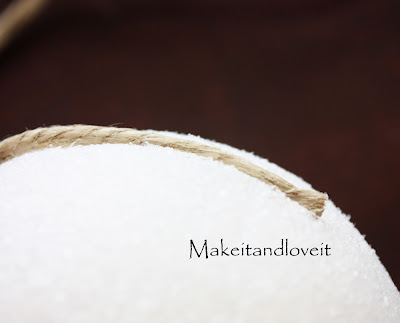 Anyway, then I used a hot glue gun to start winding the cord around itself. 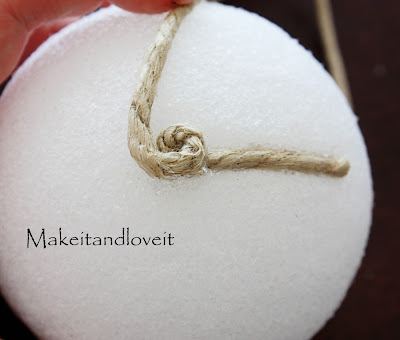 Then added more glue as I went, and winded more and more cord, flush against the ball. (Place your glue right on the styrofoam ball, up against the edge of the cording.) 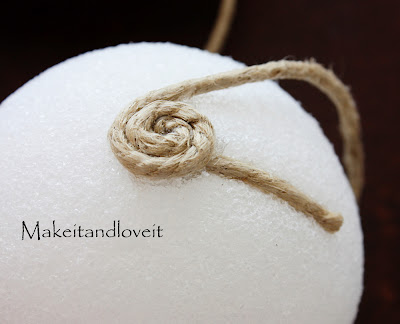 I kept winding, only using a little glue at a time (maybe 4 or 5 inch narrow line of glue on the ball, right next to the cording), and then pressed the cord nice and tight to the ball. Sometimes I had to smash what I had, against the ball, just to keep a nice contoured spherical shape…..
(See, how the first end of the cord is almost completely hidden on the right but there is no bump above from it being there?) 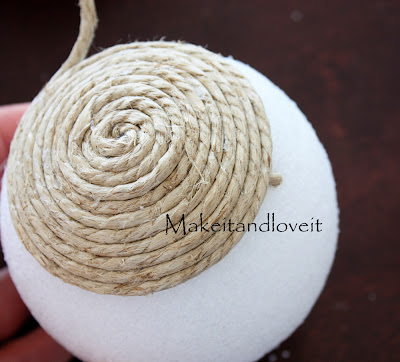 I kept winding, and kept it pretty tight. And made sure to keep the rows nice a close together. 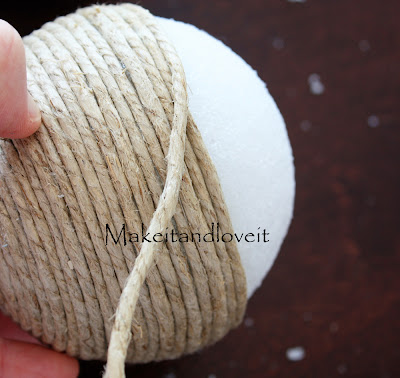 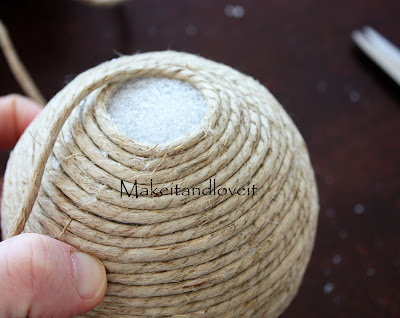 And then at the end, I wound up the last little bit without glue to see how much I would need, then snipped off the end. 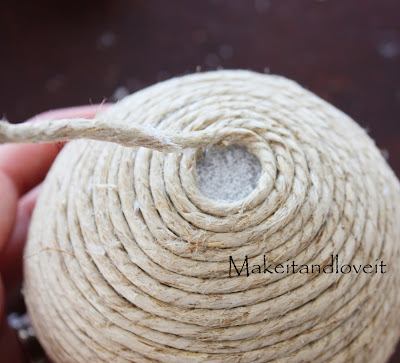 But make sure to have enough to tuck the little end piece under. 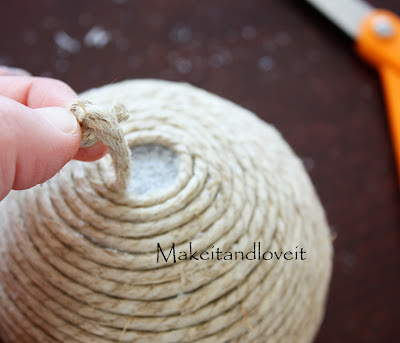 And then glue and wind the last bit down. Smoosh it firmly in place to keep a nice symmetrical shape. 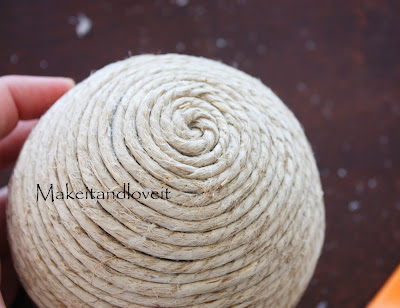 Then I used spray paint to customize the color of cording on some of them. This is a great way to match already existing decor. 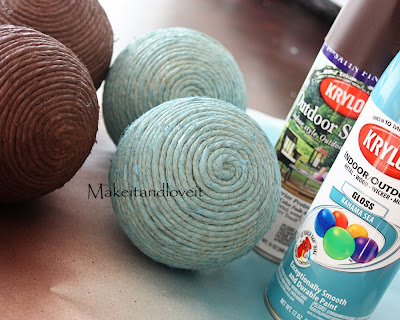 And left one plain.

Then tossed them all into that wire basket up on my entertainment center. Now my eye isn’t always drawn to that empty basket. 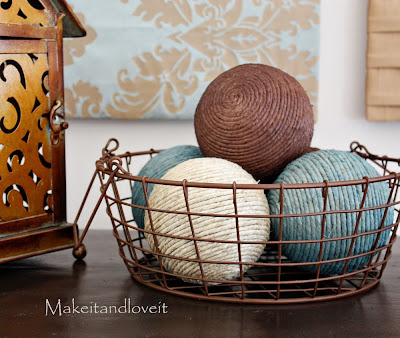 Ashley Johnston is a professional DIY costume maker, sewist, crafter, and owner of Make It & Love It. She is a mom of 5 and a wife to a very patient (with my craft clutter) husband. In case you’re wondering, she always chooses crafting/sewing/designing over mopping/dusting/wiping base boards……but bathrooms/laundry/full bellies are always attended to. Whew!
Author Bio Box by HOI
Author:
Ashley Johnston
Categories:
Mentions:
Not Specified
Keywords:
Not Specified
Last Updated:
July 19, 2011 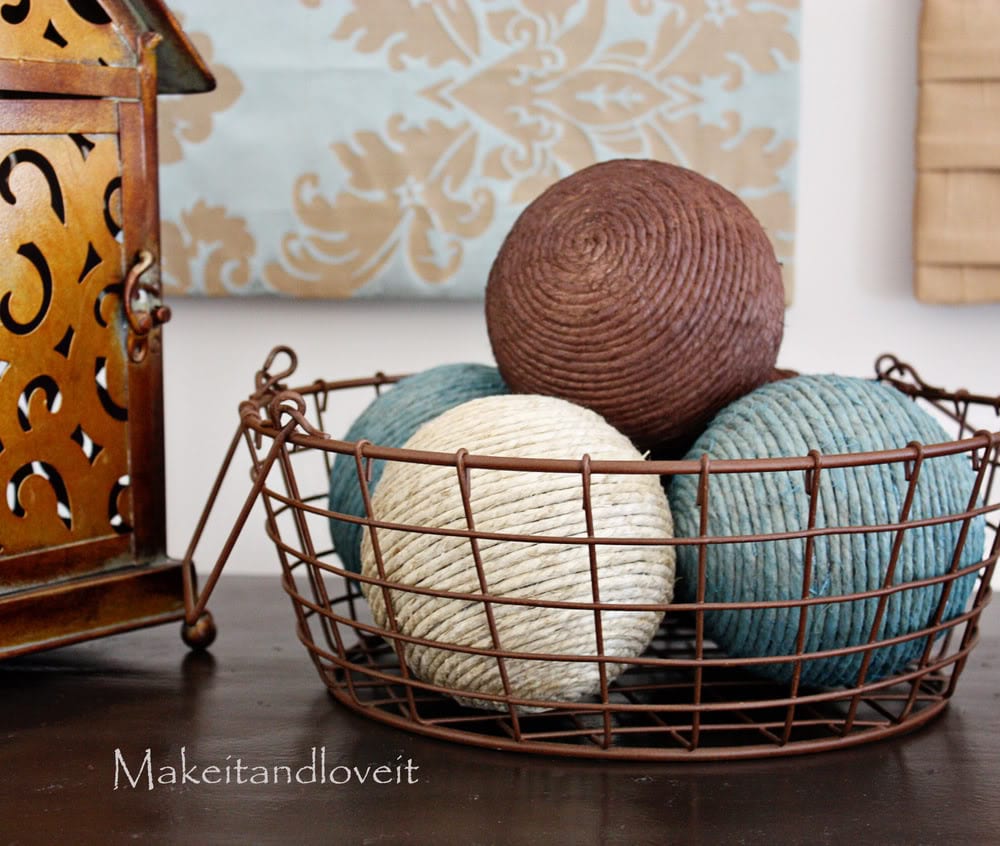 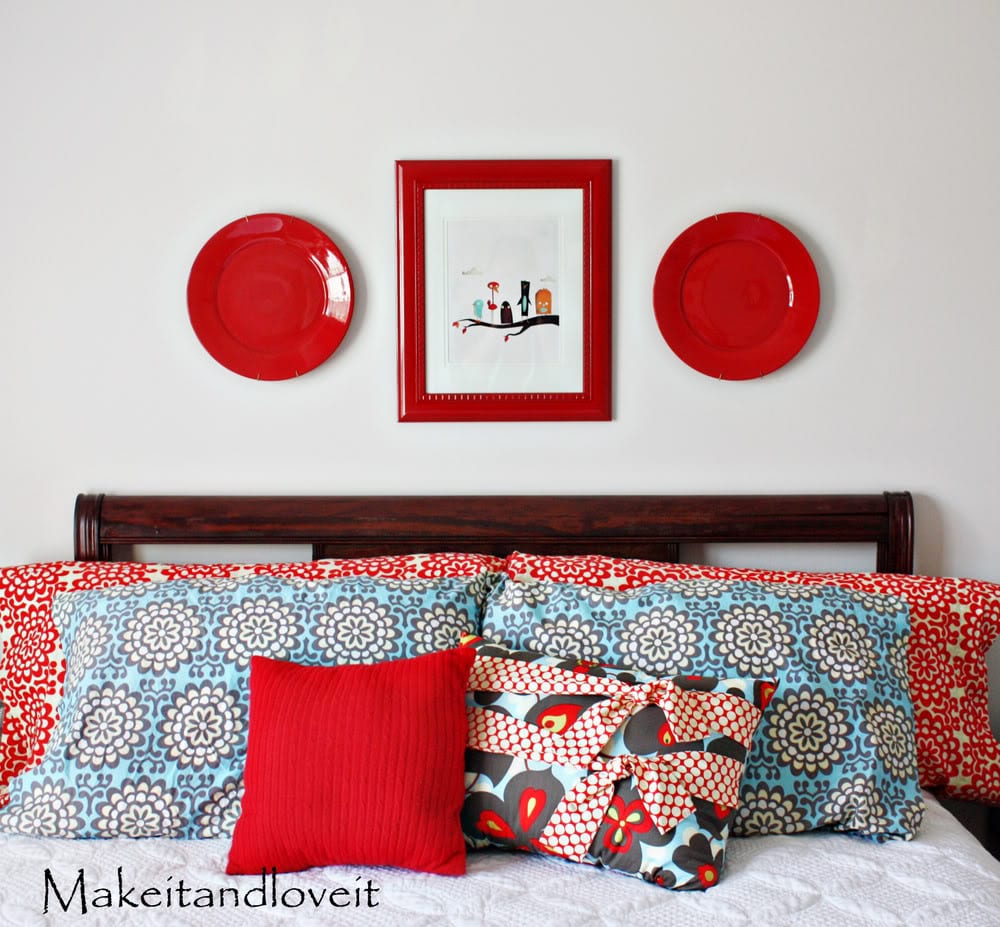 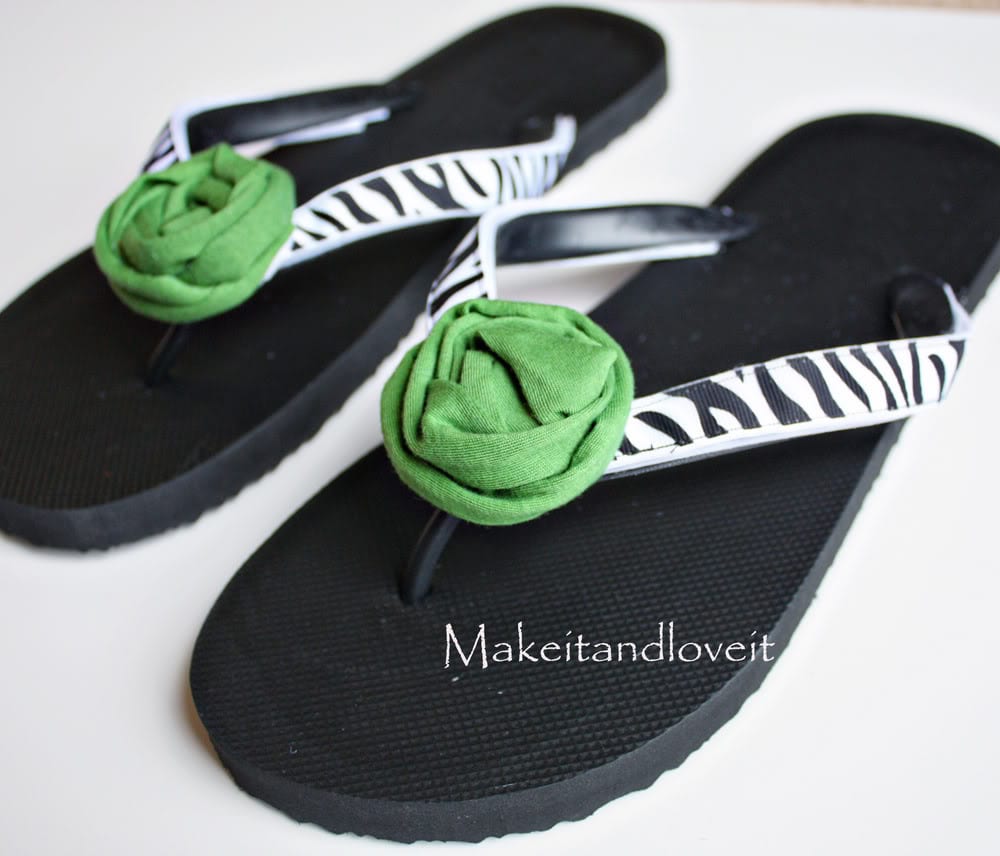 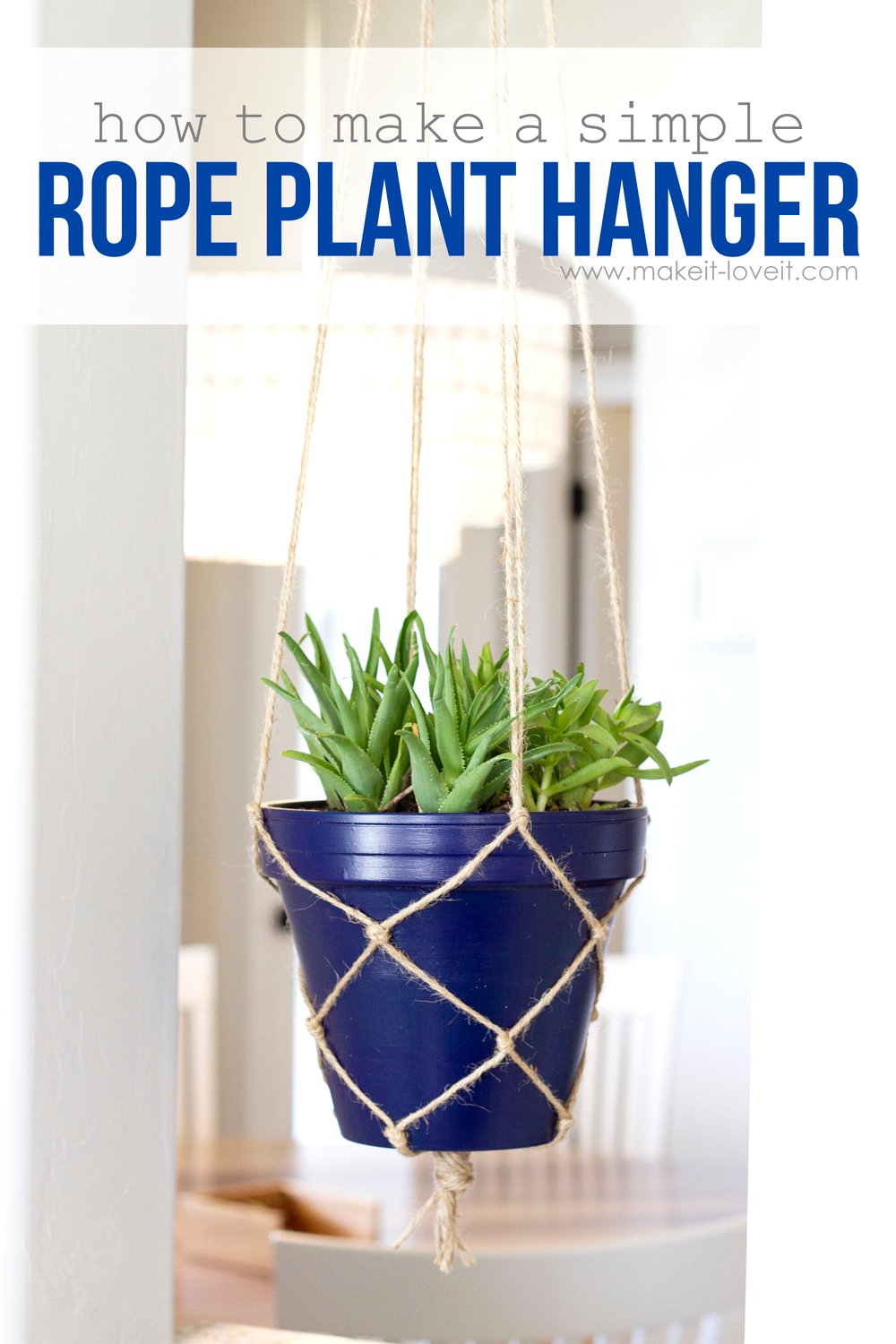 How to make a SIMPLE Rope Plant Hanger 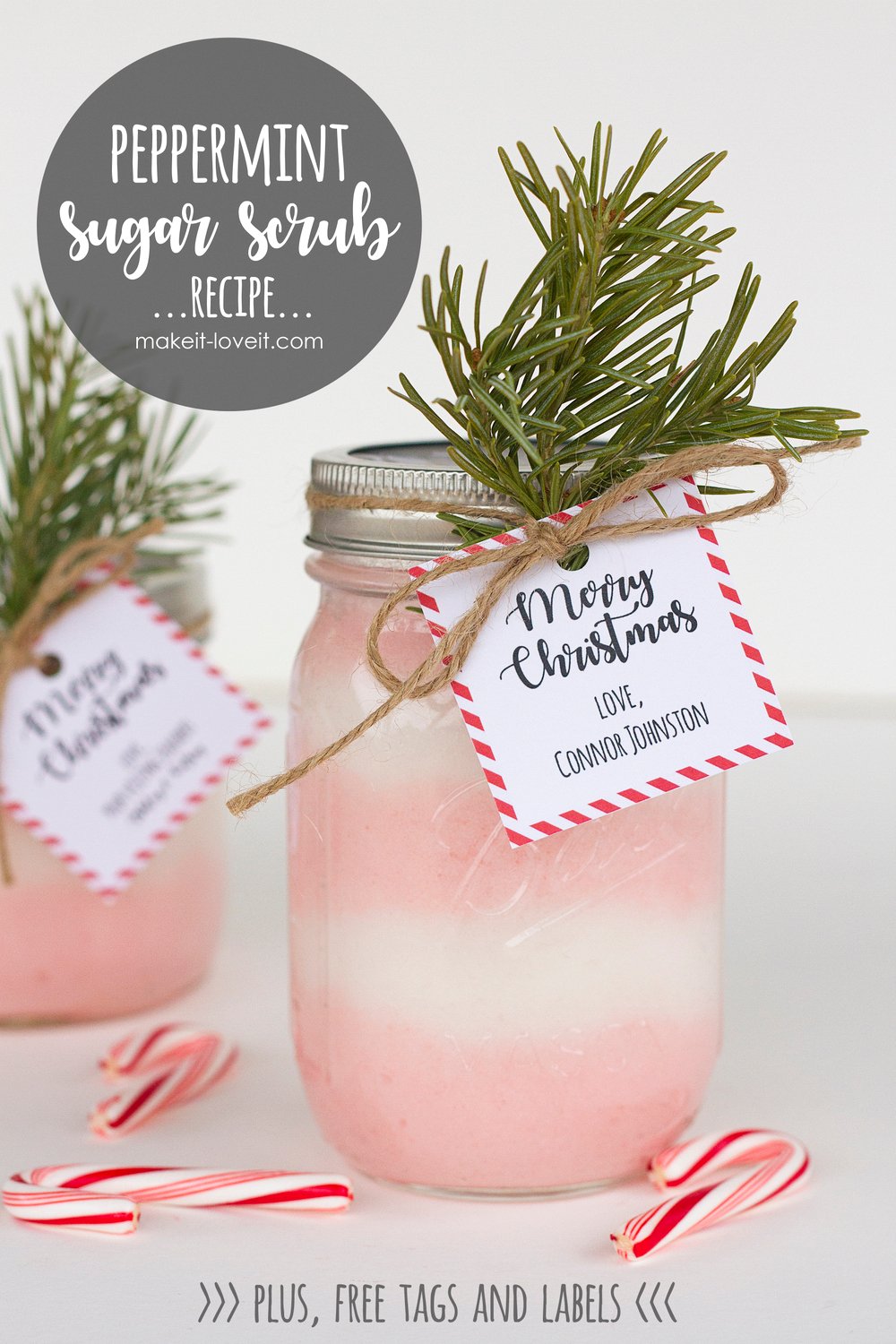 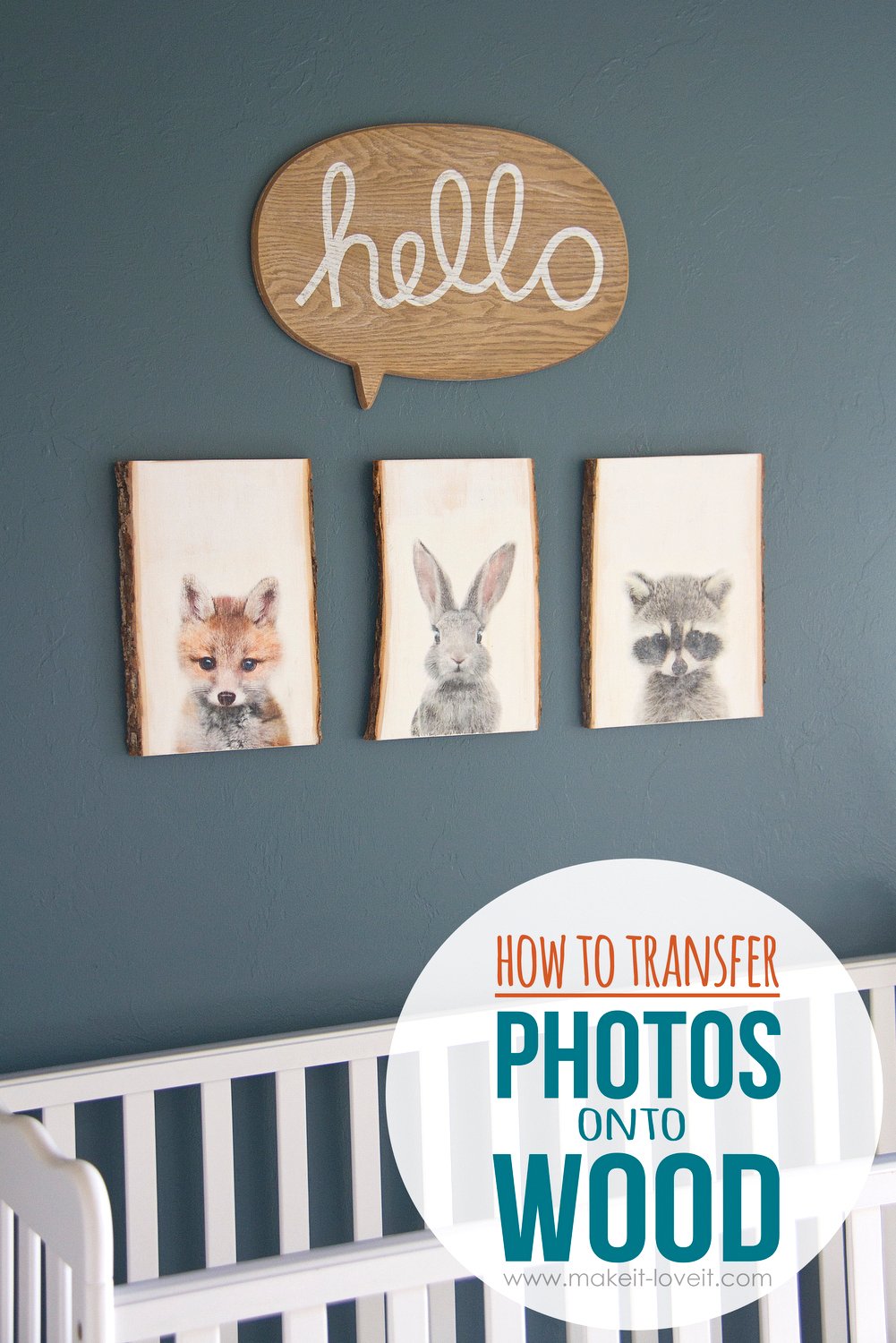 How to transfer PHOTOS onto WOOD (…for our nursery decor)!!