I have everything all ready to go to share with you Elli’s costume today.  Exceeeeeeeept, Elli IN the darn thing.

The costume is done.  And absolutely adorable on Elli.  She has kinda been in her own little heaven, walking around the house (ahem, dropping glitter), in her large and fluffy costume.  We tried several times over the weekend to take pictures of her in it…….but the weather.  Grrrrr.  It was either too dark, too rainy, too something……ALL WEEKEND LONG.  We even tried early this morning (because the light was awesome) but nope, too windy.  Haha!  Not meant to be, I guess.  But this girl happily put on her dress each time we tried……because she is in absolute LOVE with it!  It’s her eyes that kill me.  They brighten up so big when she puts this thing on.  (Tell me she’ll do the same thing when she’s 16 and I found her something cute at the store to wear. Hehe.)

I can hardly wait to show you…..because you may want to get your sewing machine warmed up and make one too. So, once that little chickie gets home from school this afternoon, we’re trying again.  (But believe me, she’ll be thrilled!)

And just a quick sneak peek of me adding some fluff to the shoulders.  I know, SO MUCH PINK!  And GLITTER!  (If this doesn’t give her costume away, I don’t know what does! Ha.) 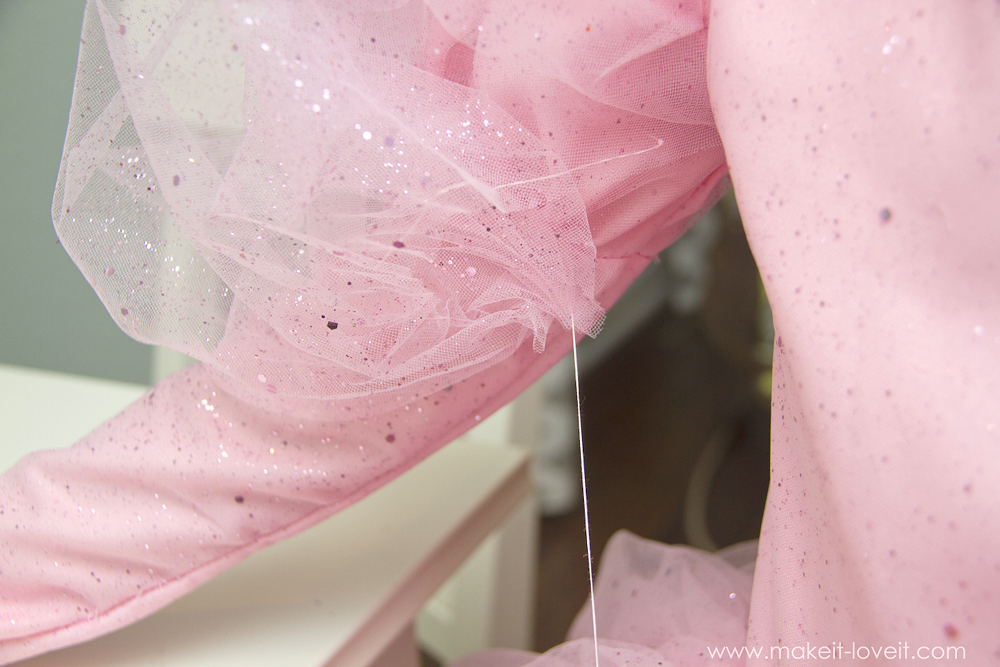 Previous Post:
a LIVE TV interview for No-Sew Love (a sure way to raise your blood pressure!!!) 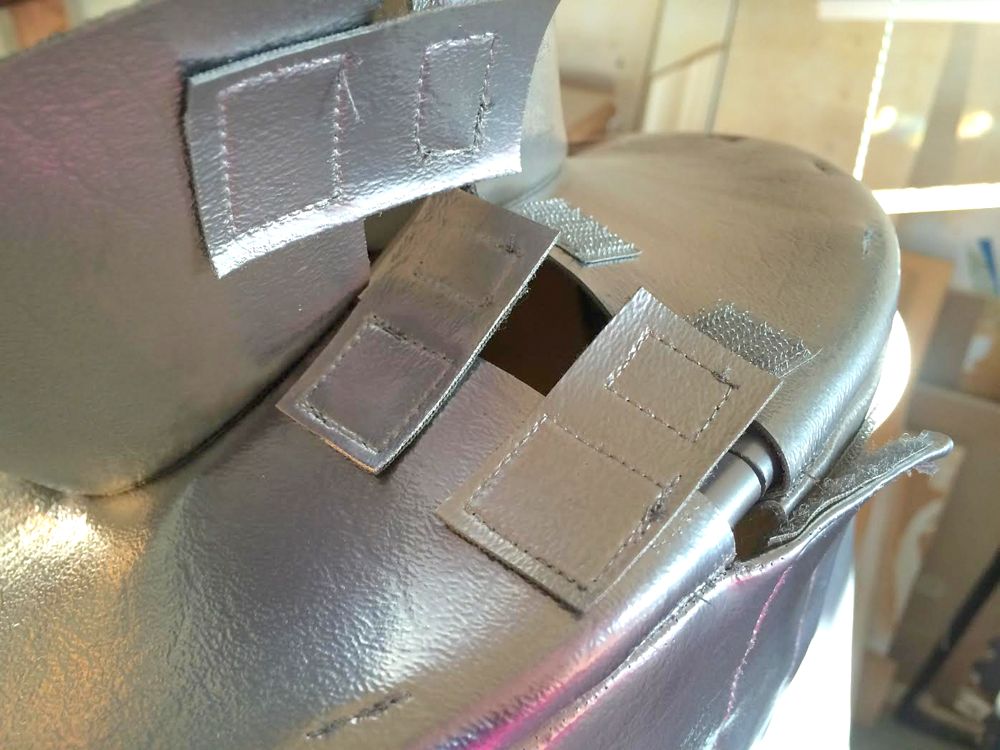