Let me tell you a little story — (buckle up)

When Steve and I were married in August of 2005, I was nearly finished with my degree and Steve hadn’t even started his.  We lived in Rexburg, Idaho for 4 years while I finished my degree, Steve began his, Elli and Connor both joined our family, I began my own little shop on etsy (and eventually started this little blog) using our tiny hand-me-down box screen Dell computer, and then Steve finally finished his bachelor’s degree.  Whew. 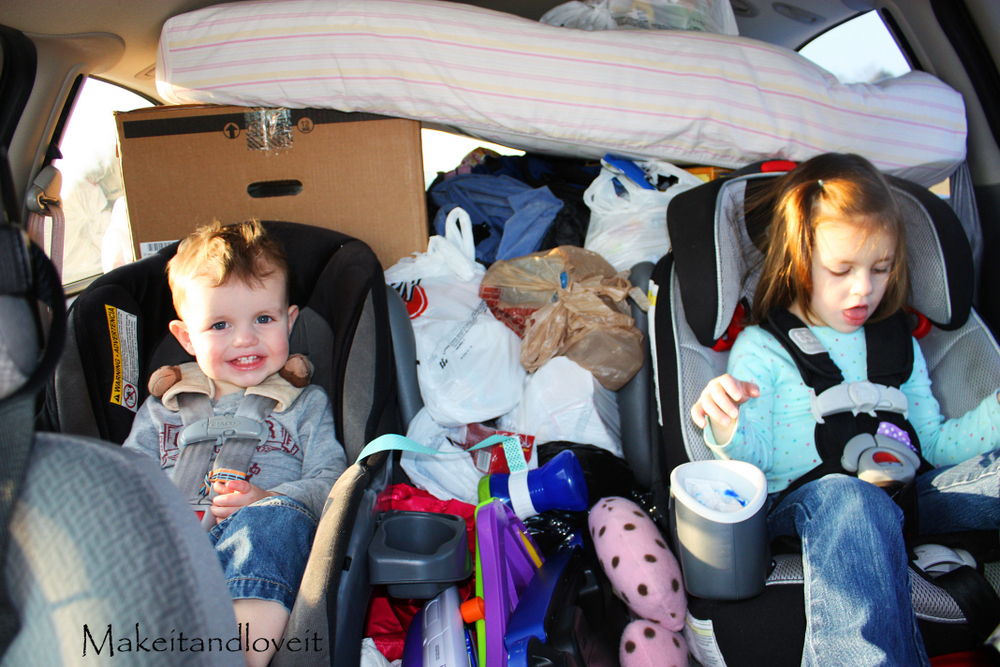 (Look at those babies……wow!  And I know, the packing behind them is ridiculous!) 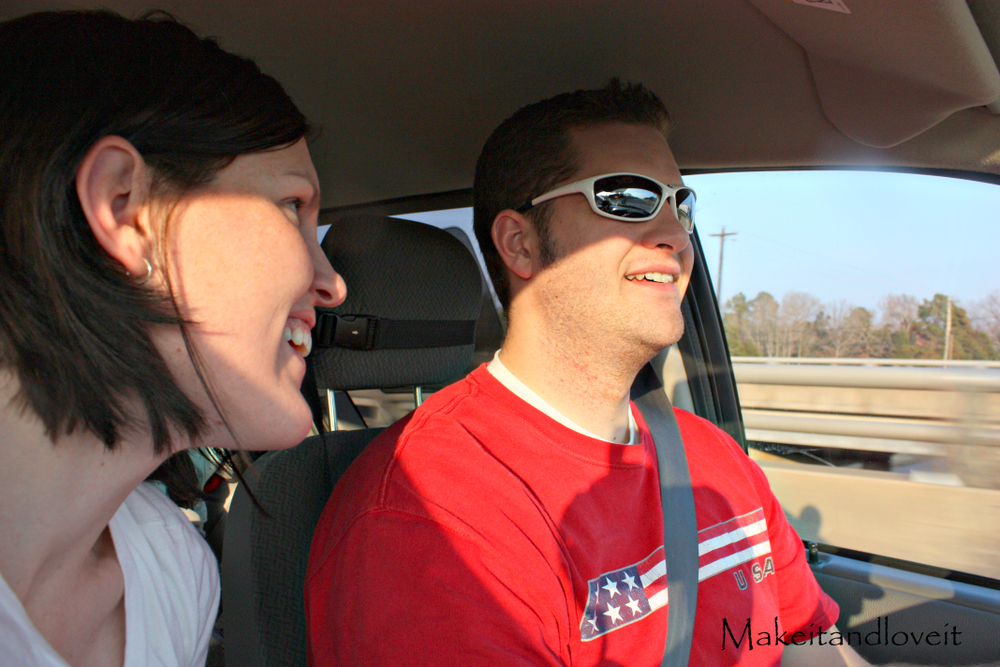 While in Georgia, Steve was gone a lot with school and I began blogging like a crazy woman!  Elli was 3 and Connor was 1 1/2, so they both still napped and their bedtime was about 7 pm.  Steve studied every night until really late, and I would sit right next to him editing pictures and sewing whatever I could get my fingers on.  Blogging became a serious outlet for me and brought me a great deal of satisfaction while Steve was so busy studying.  But we also made many friends, visited the beach, took trips to Atlanta, and even Disneyworld.  But I knew the day would come when he would finish (so it was okay).  And my word, I was SO excited!  A few months before leaving Georgia, Chloe was born.  And then we moved our family of 5 to Colorado. (I just looked back and read our journey back to Colorado with 3 kids.  It cracked me up.  Day 1, Day 2, and Day 3 [including the cockroach story…ick!].  That’s some good flashbook material if you need some. ;)) 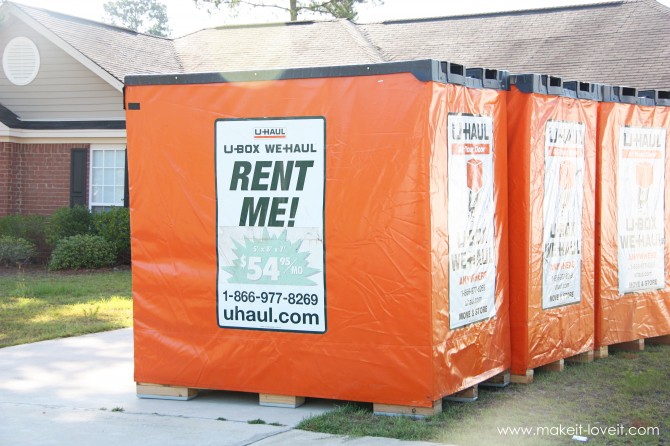 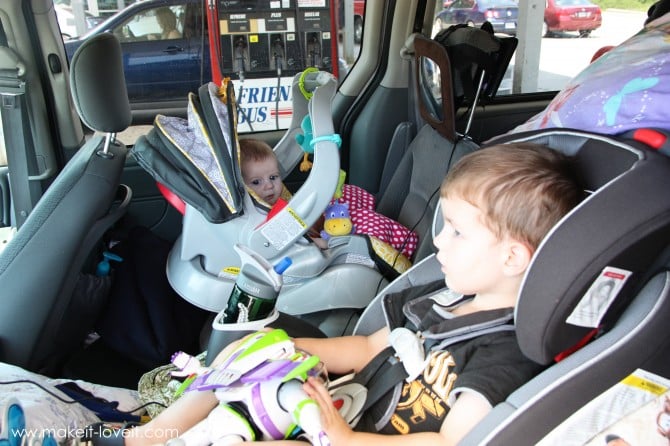 However, Steve wasn’t actually finished with school when we left Georgia.  He still had another 9 months of clinical rotations.  We could have stayed in GA to finish those up but knew we wanted to eventually come back west to find a job when he was through.  So, networking while doing clinical rotations can help secure a future job.  So, we moved into my parents basement apartment for 9 months while he finished up.  And enjoyed family, new friends, swimming lessons, 4th of July (and a trip to the ER), lots of snow, and many more really fun adventures!  And let me tell ya, having your mom/dad right upstairs and very willing to listen to a baby monitor and let the other kids come upstairs and play while I run to the store was……HEAVEN. :)

But eventually, Steve finished school…..and received an offer for his very first job.  So we packed up — and moved again when Elli was 5, Connor 3 1/2, and Chloe 1. 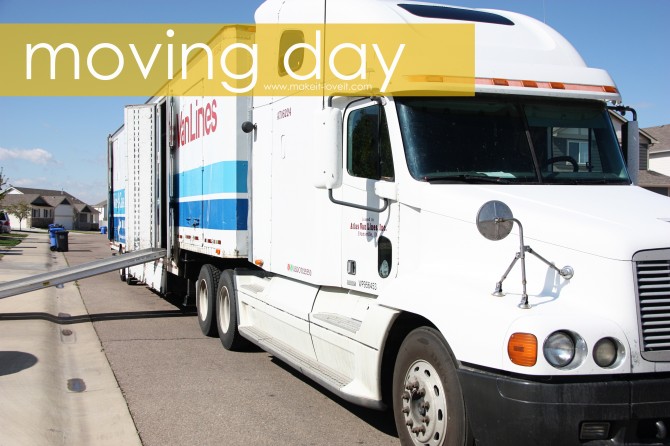 However, we moved into a rental house for a year, until we were more sure about the area, the job, neighborhoods, etc.  While in our rental home, Elli began Kindergarten, Connor went to 3 day/week preschool, and Chloe hung out in the ER.  Ha…not really.  It was just the one time but my gosh, that was the start of her respiratory issues.  Poor thing.

And then, after a year — we bought our very first house. And it was time to move again. 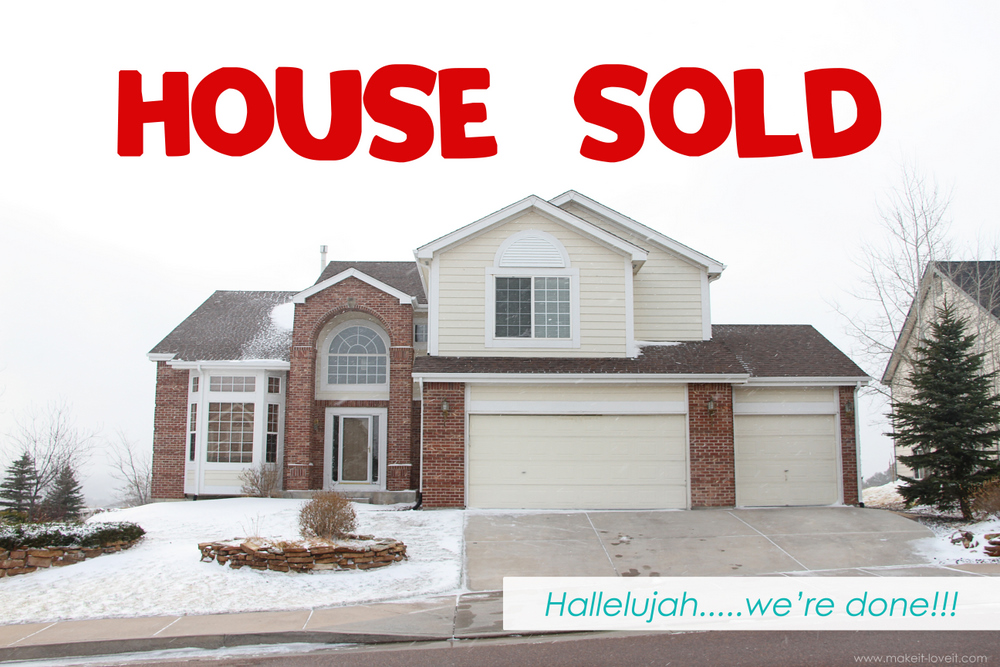 And then, holy whirlwind, the projects began.  We painted the outside of the house, painted the inside walls and ceilings, replaced the fireplace, ripped out all the existing flooring on the main floor and installed hardwood, installed new exterior lights (I had no idea how easy this was until I installed these. thanks Joe!), re-painted some of the interior chandeliers, installed board and batten in the dining room, overhauled our entire kitchen (wow, that was a dramatic story that turned out SO WELL!), trimmed out every single window on the main and upper level (holy smokes, that took some time!), layed tile (in the powder bathroom, fireplace, and kitchen back splash) painted stripes on Connor’s bedroom wall, transformed a coat closet into a mudroom, painted and stained our oak banister, stained our oak bathroom cabinets, and a whole lot of other home decor projects that made this house our home-sweet-home!  (Oh, and we had our 4th baby Oliver and I published my book No-Sew-Love during that time too.  Both are pretty exciting events that happened during that time as well!)

Wow.  Just reading all of that shocks me.  And makes my heart so happy.  When you’re in the middle of over-hauling so many things in a house, you tend to keep focusing on what needs to be done, rather than what you’ve accomplished.  So to look back and see all that we did, fills me with so much joy.  And man, that husband of mine has become a serious (and patient-with-his-wife’s-requests) handy man! :)

Which, brings me to the whole point of this post.  And that is to say that even though we had plans to live in this house until our kids were grown — plans sometimes change.  And to say that we feel really strongly about moving, is a HUGE understatement.  A long series of events, conversations, and circumstances happened all in perfect order to have this next adventure fall into place.  It’s funny though, because we had no idea that details were falling into place as they were happening.  It’s just when we look back on it all now, that we are completely amazed.  And feel very watched over by a God in heaven.

But yes, my sweet blog reading friends who have been here since the very beginning…..the crazy Johnston family (of 6 now, wow!) are leaving Colorado. 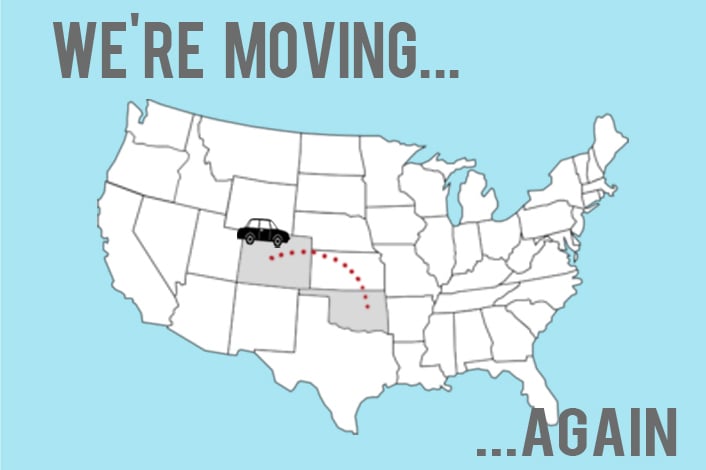 And are jumping over a state, and down one, to the state of Oklahoma.  Yes, go ahead and say it (because we did when it finally registered where we were going) — Tornadoes.  Yes, I turned into a really paranoid person once I became a mom (why is that?! my gosh, I used to be so carefree but am now like super wimpy-pants!) and when I think of natural disasters, tornadoes kind of freak me out.  But after talking with friends who have lived there for a few years, other friends who grew up there, and other friends who have family there now…..we have calmed down a bit and realized that if it’s not tornadoes, then it’s earthquakes or forest fires or hurricanes or high crime.  However, guess what the first purchase will be once we move to Oklahoma??  Yep, a storm shelter, installed right in the garage floor. (Which is actually really common, because there are no basements.  It’s okay, I had no idea either. I guess I figured everyone had a wooden hatch in their backyard, leading down to a hole in the ground. You know……like Wizard of Oz. Ha.) And yes, the realtor laughed and told us that all of the out-of-towners are super paranoid and put in a storm shelter STAT.  Hey, it’ like insurance to me.  Even if we never use it, it’s comforting to know it’s there. :)

However, we are really excited about our new adventure.  We’ve been to Oklahoma twice now and both times we felt right at home.  And I know people always say people in OK are nice but holy smokes, it was incredible how nice people were!!  But the real reason we’re going is because Steve has a really great opportunity to change fields and work with some great people and gain some experiences that he needs in order to be more competitive in his field (plus, some added incentives to help diminish the cloud of student loans).  And then, you know, we hope to move back to CO in a few years with these experiences in his back pocket.  HOWEVER, we have come to realize in the past few weeks that we better not make any definite plans.  Because they don’t always happen.  And we’d much rather be open to opportunities and blessings and adventure, than stuck on one idea and one plan.  So who knows — we may be Oklahoma folk from here on out! ;)  (But yes family and sweet friends…we really do want to come back!)

Are you curious what the kids have to say about moving to Oklahoma? 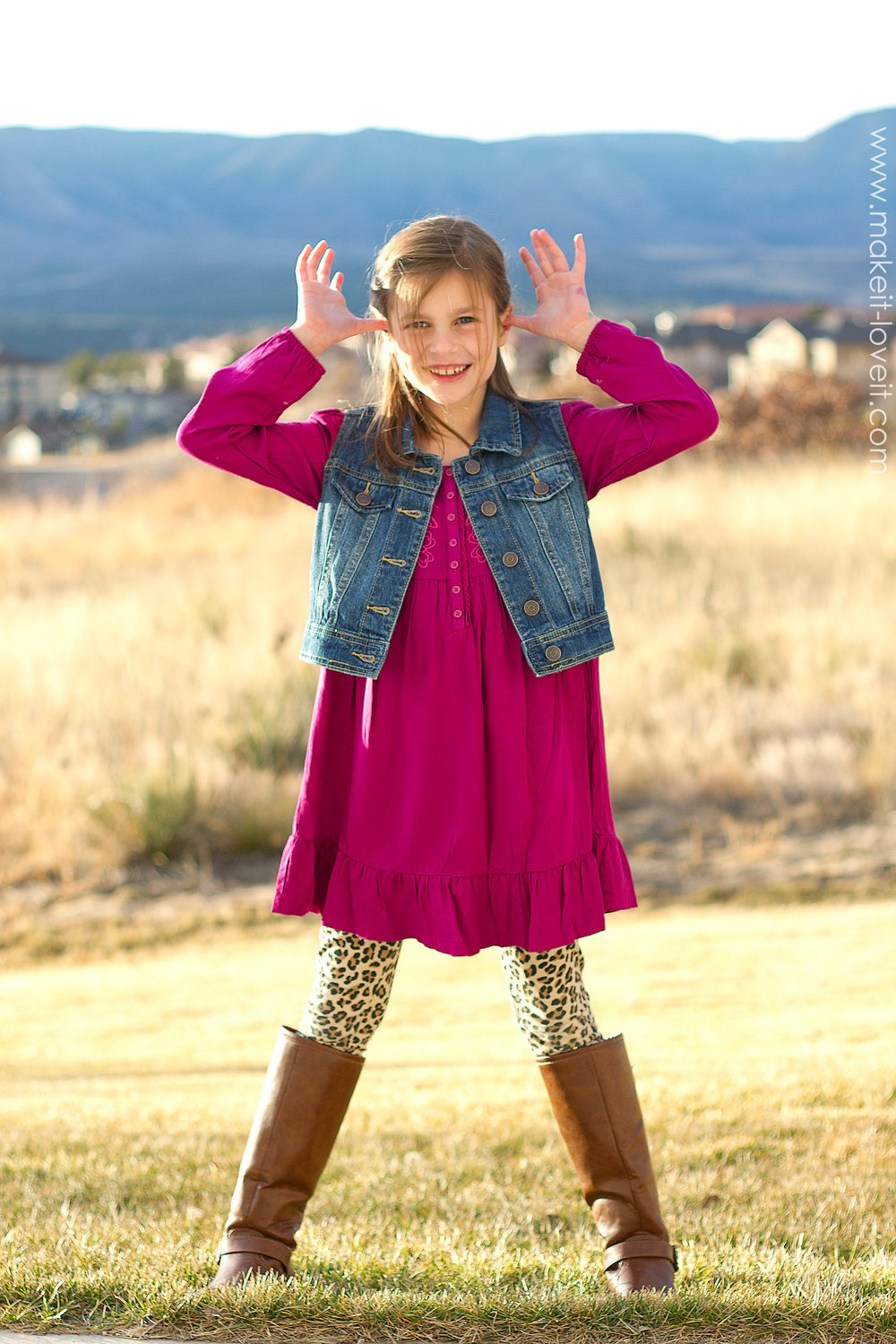 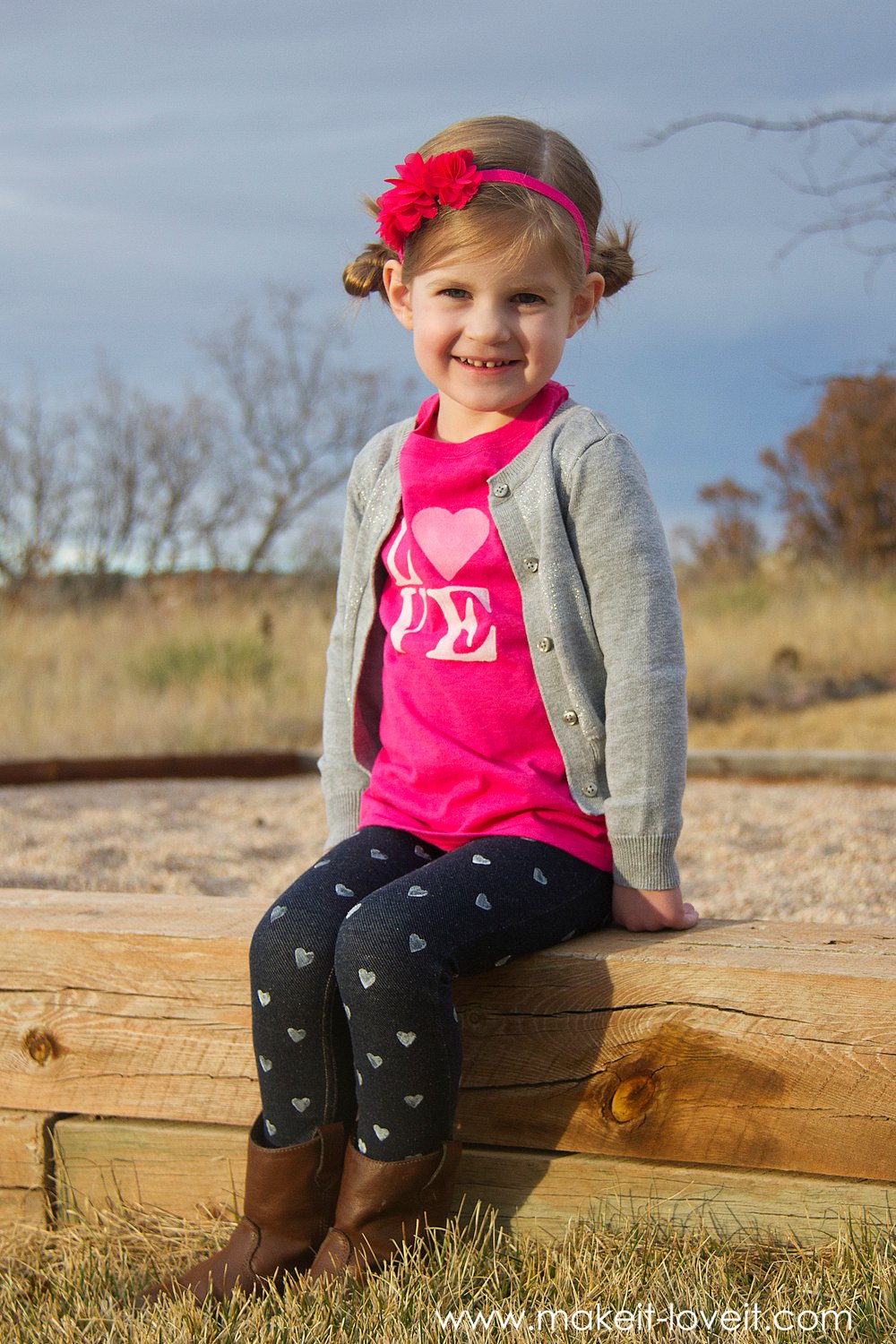 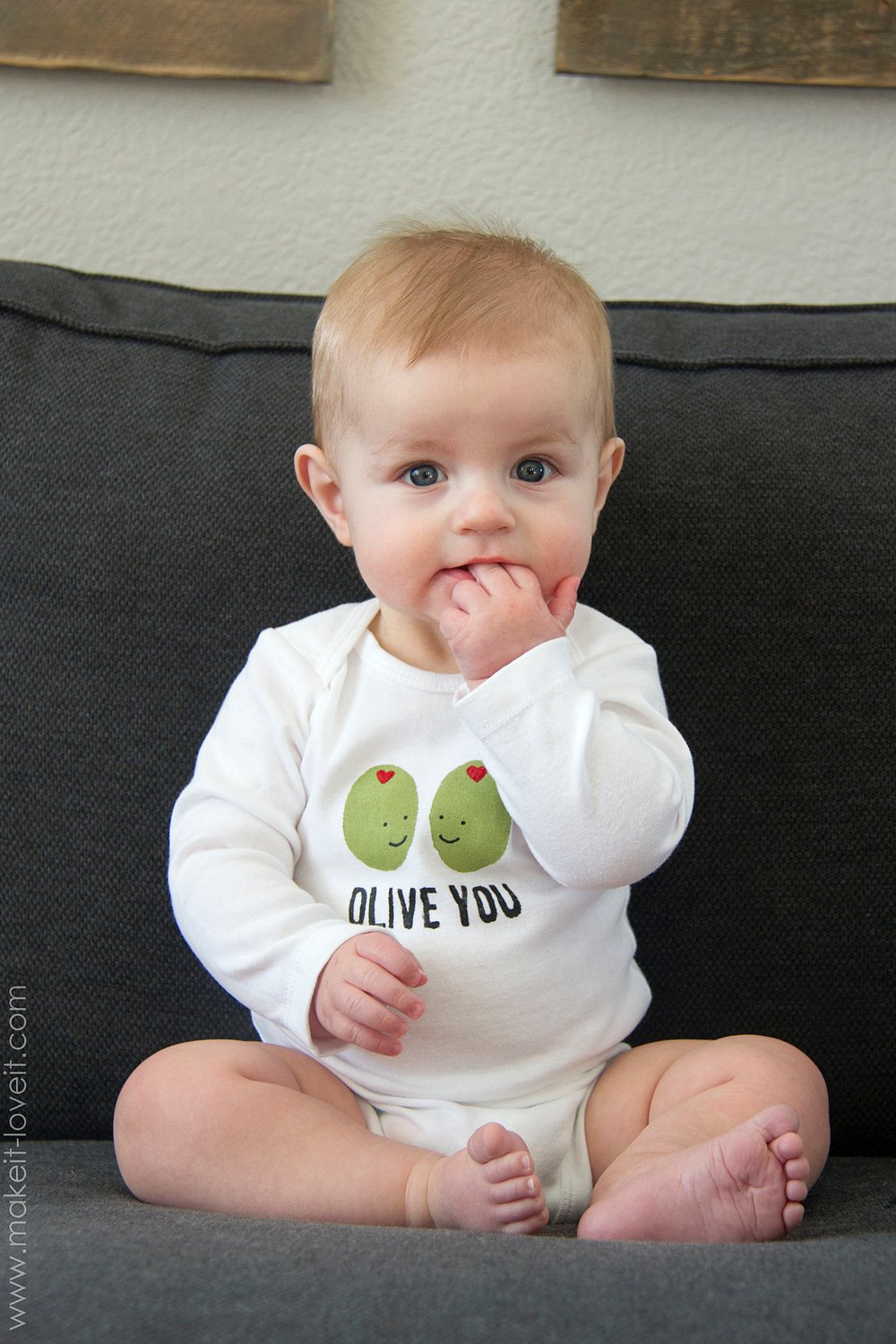 Well, at first they were completely shocked.  Because we told them when we moved into our current home, we were never moving again.  (Ooops, don’t ever make such a declaration to children.)  But now that we’ve talked about it and shared with them all of the really great things about Oklahoma (and showed them pictures of our new home and their school, neighborhood, etc), they are pretty excited.  I asked each of the kiddos what they were most excited about and here’s what they said:

Anyway, I hinted a few times on the blog that some things were happening around here but I couldn’t quite share yet (and I’m so sorry….I hate dumb hints like that….but I wanted to explain a bit about the random droughts around here during Jan/Feb).  But we were making sure the job, license, contract, and the new home had all gone through before sharing and then dragging it all out if something changed.  Anyway, some of you mentioned that you thought that perhaps I was pregnant in the comments and in some emails to me.  Haha….I’ll admit, that made me laugh.  But go ahead and scroll up and remember how little Oliver still is.  Yep, still pretty small. :)

And then the next question, when are we leaving?  Well — NEXT WEEK!

We have movers coming to haul all our stuff away and then we’re driving our cars out next week to our new home.  Wow.  This has all happened so fast.  We listed our house about 4 weeks ago, it went under contract 5 days later, we flew to Oklahoma about a week after that (after looking and looking for a rental but couldn’t find one that would work for us), found a home that we absolutely fell in love with, and we close on both homes on the same day next week.  Check, check, and check.  It’s funny because not only are doors opening for us to make this all happen, but they are swinging wide open and really fast.  So, we’re moving forward, feeling really excited and watched over, and ready for a whole new adventure!

And we’re filling up the rooms with a lot of these right now: 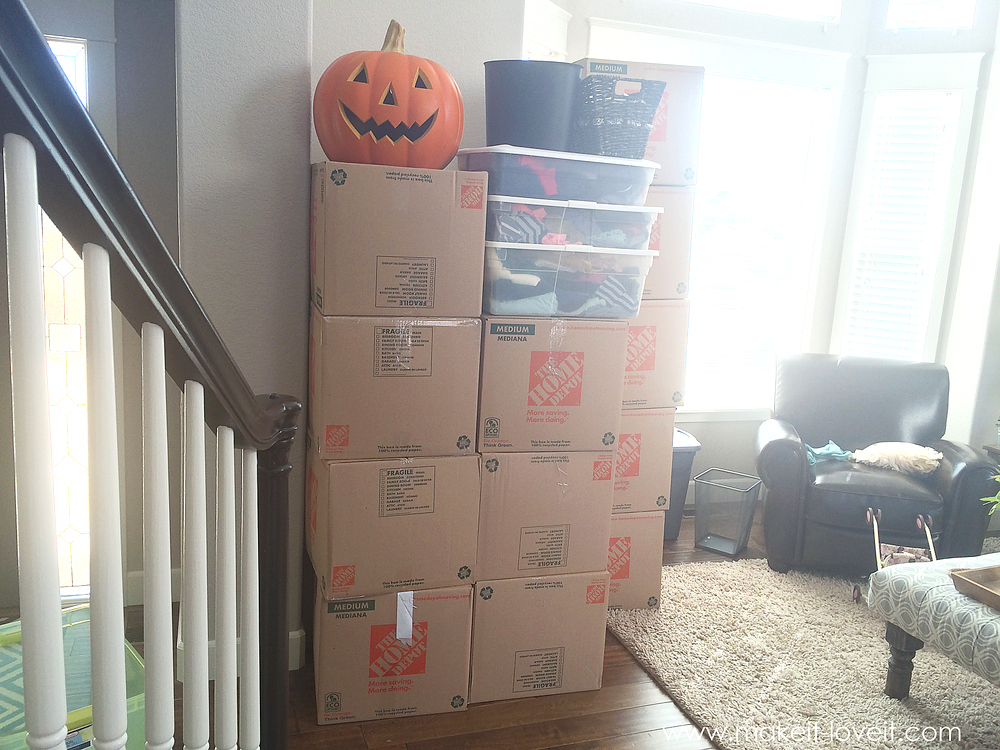 But I have several things that I have been working on and just need to edit……and am so excited to share!  So stay tuned, I have some things up my sleeve, even while we’re traveling!

Wish us luck!  Or include our family in a prayer or two….we’d love that even more! :) 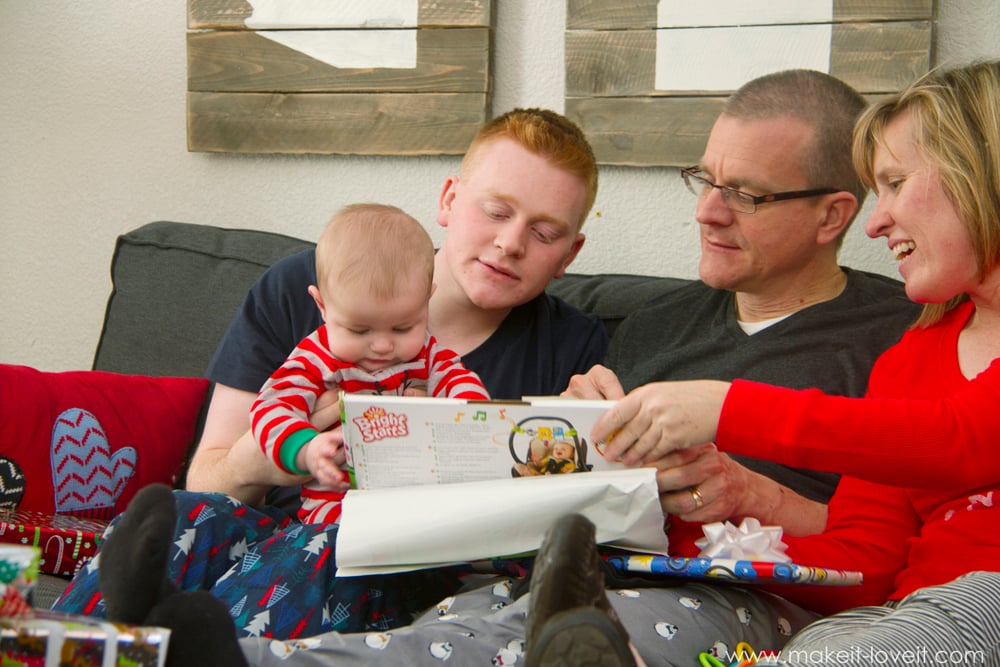 Previous Post:
Happy New Year…and a peek into our Christmas 2014! 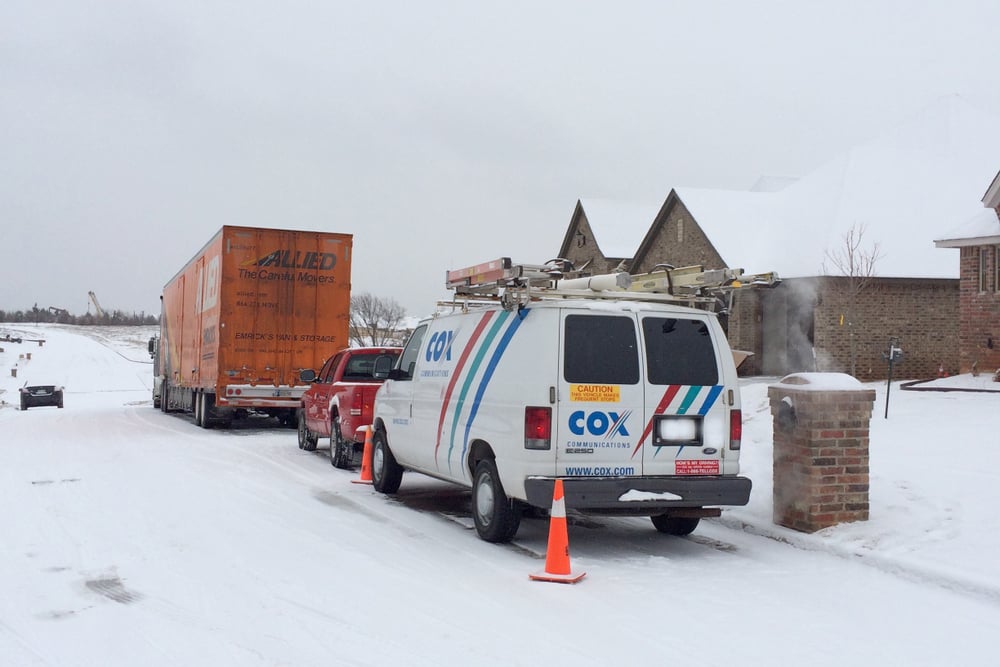